DPRK says it is suffering worst drought in decades 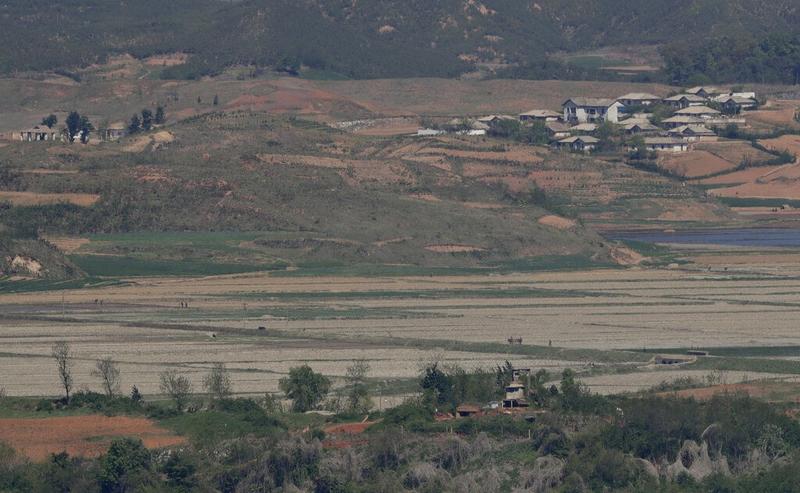 In this May 6, 2019, photo, the Democratic People's Republic of Korea (DPRK)'s Kaepoong town is seen behind a DPRK military guard post, bottom, from the unification observatory in Paju, the Republic of Korea. The DPRK said on May 15, 2019 that it is suffering the worst drought in nearly four decades. (LEE JIN-MAN / AP)

SEOUL — The Democratic People's Republic of Korea (DPRK) said Wednesday it is suffering its worst drought in nearly four decades amid reports of severe food shortages.

The official Korean Central News Agency said an average of 54.4 millimeters of rain fell throughout the country in the first five months of this year. It said that is the lowest level since 1982, when the DPRK received 51.2 millimeters of rain on average during the same period.

The report came after UN food agencies said in a joint assessment earlier this month that about 10 million people in the DPRK were facing "severe food shortages" after the country had one of the worst harvests in a decade.

READ MORE: US seeks to expedite aid for DPRK amid stalled nuclear talks

DPRK officials have blamed the food shortage on bad weather and international economic sanctions that were toughened after the country conducted a series of high-profile nuclear and missile tests in recent years.

In a high-stakes summit in Vietnam in February, US President Donald Trump rejected DPRK leader Kim Jong-un's call for an easing of the sanctions in return for dismantling his main nuclear complex, a partial disarmament step.

KCNA said the drought is expected to continue until the end of May. DPRK's main Rodong Sinmun newspaper reported Wednesday that officials and workers are attempting to find new water sources and mobilize pumps and irrigation equipment to minimize the damage to agriculture.

The DPRK suffered a devastating famine in the mid-1990s that is estimated to have killed hundreds of thousands of people.