One careworn writer finally turned failure into success, with a little help from other writers. Scott Murphy interviews Adrian McKinty. 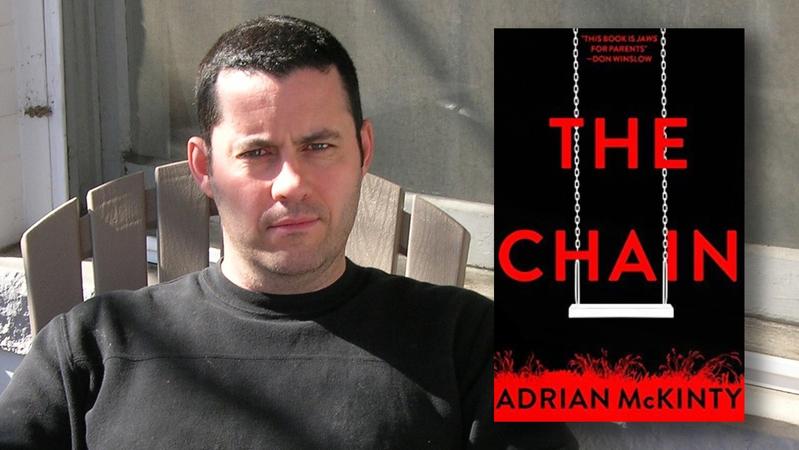 Adrian McKinty advises aspiring writers to never give up on their dreams, citing he tasted success only after the publication of his 13th novel, The Chain. (PHOTO PROVIDED TO CHINA DAILY)

Two years ago, Adrian McKinty claimed he had given up writing for good. Sure, he’d written a dozen crime novels since his 2003 debut, but outside of some good reviews and awards in his hometown of Belfast in Northern Ireland, he didn’t think he had anything to show for it.

“Every book that came out would be the same story,” he says, speaking on the phone from New York City where he now lives. “It would be met by a chorus of indifference, sell a few hundred copies in Ireland and then it would vanish.”

To add to his worries, he and his wife were evicted from their home in Melbourne, Australia, where they were living at the time, which McKinty believed was the final straw. With all their possessions in a heap in front of their house, putting food on the table for the family was suddenly far more important than putting words on a page. The author accepted that he would go back to teaching English, something he had done a decade before at a private high school in Colorado, and that would be that.

“I wrote a blog post saying that I wasn’t going to write anymore, that people shouldn’t worry about me,” he says.

As it turns out, Don Winslow — a New York-based veteran writer of crime and mystery novels whose most recent book The Border is a bestseller — read that blog entry and called him up.

“He says, ‘Can I give your books to my agent?’,” recalls McKinty. “And two weeks later his agent calls and tries to convince me not to quit writing.”

The agent, Shane Salerno — an established author and screenwriter himself — asked for a pitch with an American-based plot. McKinty thought about something he’d read about five years earlier about a kidnap by organized gangs in Mexico. While money was being raised, family members of the kidnapped person would volunteer to step in as a replacement. He thought if he combined that concept with the idea of chain letters from his childhood, he’d have the story Salerno craved.

“Great,” said the agent. “Can you send me the first chapter now?”

But McKinty hadn’t actually written anything yet and was exhausted from his new dual jobs as a bartender and an Uber driver. He sat down at two in the morning to write what would become the first chapters of The Chain, and sent them off.

McKinty estimates that he spent about 10 months writing the novel. In it a 13-year-old girl named Kylie is abducted at a bus stop by a bumbling, yet ruthless, man and woman. Then Kylie’s mother, who is simultaneously dealing with the breakup of her marriage and return of her breast cancer, receives a ransom call with a twist: She has to pay US$25,000, then kidnap someone else to save her daughter from getting killed. His previous novels had focused on noir and atmosphere, but this time he concentrated on making both the plot and the characters as strong as possible.

The feedback has left him shocked and surprised. Author Stephen King has called the book “propulsive and original”. Winslow simply claims the novel is “Jaws for parents”. “It’s stunning,” says McKinty, with a slow intake of breath. “I never thought I would experience anything like this. I’m just amazed. I’m getting letters about the book and after 10 years in this business I’m starting to feel like what a real writer must feel, with a proper book tour and everything.”

The Chain has now been sold in 36 countries, with Chinese, Korean and Japanese editions slated to be released soon. Press reports say that the film rights have been optioned for a low seven-figure fee, though McKinty claims he hasn’t signed on the dotted line yet. “An old editor told me one time that for every 100 books that get optioned into films, 10 get written and one gets made,” he says. “So we’ll see.”

Although his next book is just a glimmer on the horizon — McKinty thinks he’ll start planning for it at the end of summer. He has already seen how his life was completely transformed in a couple of years through a combination of hard work, a good idea and a little help along the way. After 13 attempts, one of his books will finally have a global audience, he’s met his crime-writer heroes such as Winslow and James Ellroy and his book may become a film. Above all, he gets to write again.

He believes there’s a lesson in his personal story for writers. “I would say to anyone very, very clearly: Never give up your dream,” McKinty says. “If it wasn’t for the intervention of two men, I’m sure I’d still be the most miserable man on planet Earth. My message is that it’s a tough road, a lonely road, but try and hang in there.”