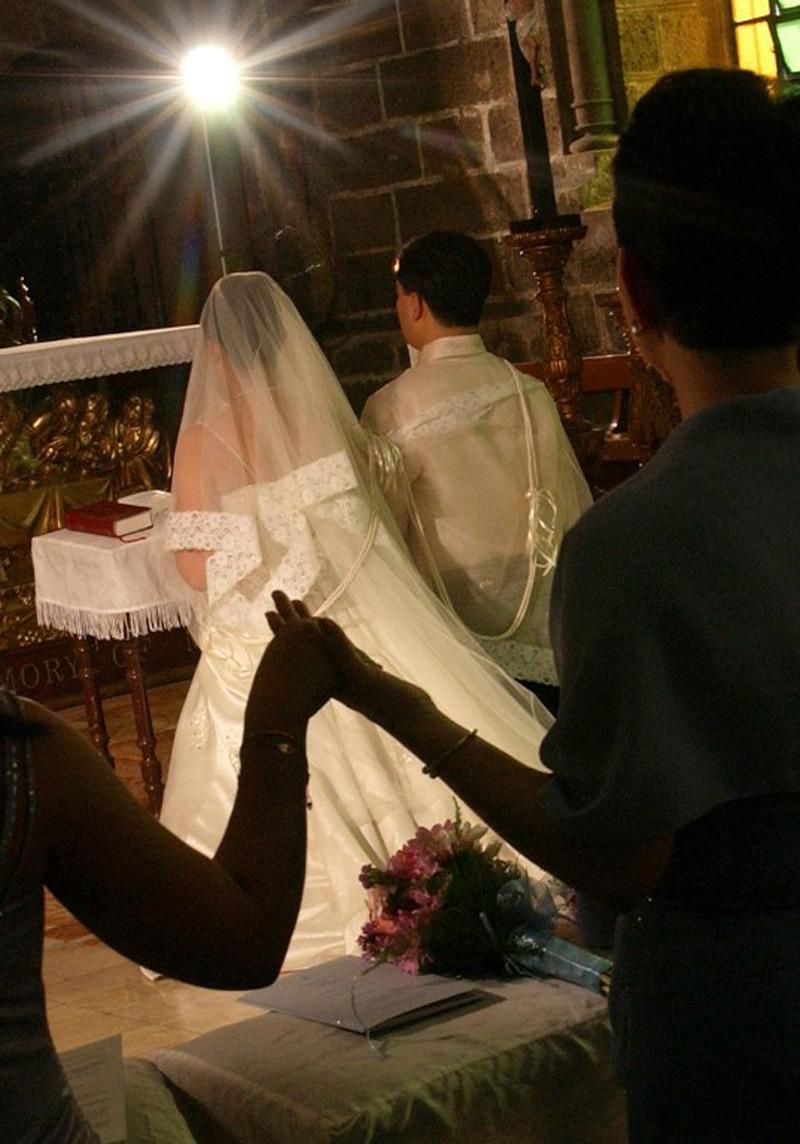 A Filipino couple kneels before the altar during a wedding ceremony at a church Nov 15, 2004. Women's groups pushing for the divorce bill are squaring it up against the powerful Philippines Roman Catholic who wields a strong influence on politics and government. All attempts to change the law on divorce in the Philippines have failed. (ROMEO GACAD / AFP)

MANILA - Although her husband nearly killed her, Krista Dador cannot get a divorce as the Philippines is one of only two states – along with the Vatican - without a divorce law.

The prohibitive cost of an annulment means that Dador, who has received no financial support from her husband since they separated eight years ago, is looking to work as a maid in the Middle East, leaving their two children behind with her mother.

"Sometimes I want to end it all," said the 28-year-old, who makes a living washing neighbors' laundry in a squalid part of Quezon City, the Southeast Asian country's most populous city.

"This is a risk I'm taking. I want my children to be in school because I was not - and because I want to earn money to pay for my annulment."

The Philippines took a step toward making divorce legal in March with the lower house of Congress passing a law allowing people to dissolve marriages, in the face of opposition from the president and bishops in the mainly Roman Catholic country. 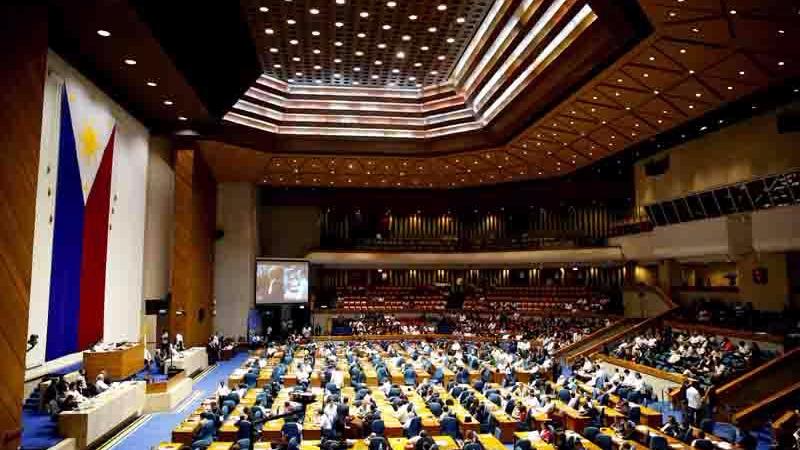 Lawmakers gather for a special joint session on the possible extension of martial law in the southern Philippines, July 22, 2017, in Quezon city northeast of Manila, Philippines. House of Representatives Speaker Pantaleon Alvarez said on July 24, 2017 he would file a bill to legally recognize divorce and same-sex unions, a move almost certain to meet fierce resistance from bishops. (BULLIT MARQUEZ / AP)

Even though thousands of women want to end failed and abusive relationships, the bill is unlikely to receive the support it needs from the upper house Senate, which has to draft and pass what is known as a counterpart bill, campaigners said.

The only option for unhappy couples is to seek a legal separation, which does not allow either party to remarry, or a civil annulment, which rights groups say is lengthy and costly - as Dador found out.

Marriage can only be annulled on limited grounds, such as insanity or contracting a sexually transmitted disease. Abuse and infidelity are not valid reasons.

"I almost died from my husband's beating and yet I have to convince the courts why I want my marriage dissolved," she told the Thomson Reuters Foundation.

"The process is too tedious."

Only Muslims — about 10 percent of the population — can divorce under Muslim family laws.

Dador said her family forced her to marry after she became pregnant at the age of 18. However the relationship deteriorated rapidly as he repeatedly abused her.

After a night of non-stop beatings in 2010, she ran away.

But village leaders, police and other officials have been unable to help her end her marriage.

Her husband is now with another woman but, from time to time, he goes to her house demanding to see their children.

And they remained married - on paper at least.

Lawyer Clara Rita Padilla said the stories of women who have turned to her for help are often similar, from the marriage that turned abusive to a long drawn-out court process.

"In many situations where the female files for an annulment, it takes years because it was not a joint decision and the husband does not cooperate," said Padilla, who heads the women's rights group EnGendeRights.

The number of annulment cases increased to more than 8,000 in 2017 from about 1,000 in 2008, according to figures from the Office of the Solicitor General.

But President Rodrigo Duterte, who is legally separated from his wife, opposes making divorce legal over concerns for the welfare of children whose parents divorce.

The influential Catholic Church said the government should never offer divorce as an option but use other laws to stop abuse instead.

"We teach that marriage, once valid, can never be broken, "said Jerome Secillano, an official from the Catholic Bishops' Conference of the Philippines, which represents the country's Catholic leaders.

"Providing for an easy separation does not help the cause of upholding and defending marriage."

This means that the only Filipinos who can legally end their marriages are those who can are rich enough to do so.

Journalist Mar-Vic Cagurangan said she worked day and night to raise US$2,000 for her annulment, while also paying her two children's school fees. The average income in the Philippines is just over US$3,500, according to the World Bank.

"I was trapped. I didn't have a life," she said, adding that legal battle took her a decade.

She said court employees asked her for bribes to expedite her case, making her pay 5,000 pesos (US$96) for each hearing.

"Because I desired to be free, I was compelled to give them more," said Cagurangan, who now lives with her boyfriend of seven years.

"Everybody deserves to be happy. People deserve to move on -romantically, mentally and legally."