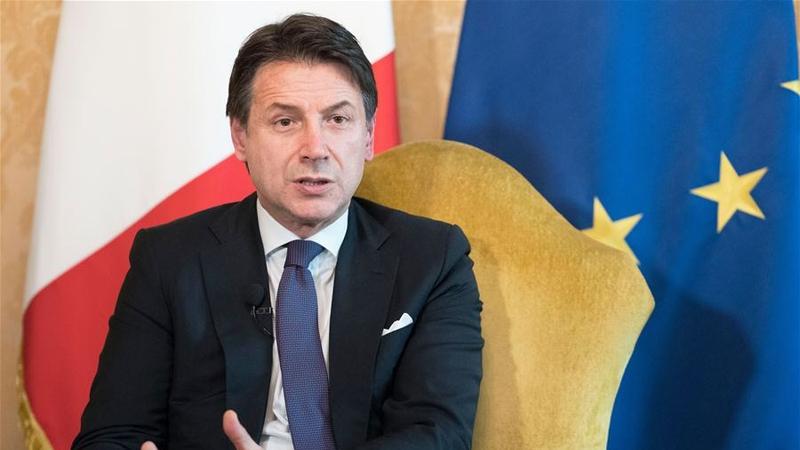 Italian lawmakers summoned Prime Minister Giuseppe Conte to appear before the senate on Aug. 20 as parliament responds to the political chaos that has gripped the euro-area’s third largest economy.

I appeal to the dignity of this chamber, we can have different positions, I can hold something against some of you, I am not perfect indeed, I make a lot of mistakes

While Conte’s appearance next week could lead to a confidence vote in the upper house, there are several possible outcomes, including his resignation or further delays.

Deputy Premier Matteo Salvini is pushing for a quick confidence vote that would lead to a snap ballot and allow his anti-immigrant League party to consolidate control of the government. But the way forward will ultimately be decided by President Sergio Mattarella, who can seek to form an alternate ruling coalition in parliament, or call a general election.

“I appeal to the dignity of this chamber, we can have different positions, I can hold something against some of you, I am not perfect indeed, I make a lot of mistakes,” Salvini told the chamber. “But I’ve never been afraid to vote.”

Conte’s government, an alliance between the League and the anti-establishment Five Star Movement, has been tearing itself apart over policy disagreements ever since it formed more than a year ago. Salvini’s dominant position in the polls means that he’ll likely become Italy’s next premier in case of an early vote, despite last-ditch efforts to create a coalition to block him.

With the League polling just shy of 40%, a new election could see Salvini win an outright majority in both branches of parliament on his own, though a pre-election alliance with the far-right Brothers of Italy might provide more comfort. Add Forza Italia to the mix and Salvini might even get the two-thirds majority needed to amend the country’s constitution.

“Salvini is going to win, it’s only a matter of when,” Raffaella Tenconi, founder of London-based consultancy ADA Economics, said in an interview with Bloomberg. “He can win now relatively soon with an early election or he can win even more in a year from now.”

Luigi Di Maio’s Five Star has been holding frantic talks with the center-left Democratic Party in an effort to form an “institutional” government that could fill the void after the likely collapse of the one led by Conte. Di Maio said in a Facebook video Monday that Salvini’s efforts to bring down the government are absurd and called for Salvini and other League ministers to resign.

A tie-up between the Democrats and Five Star is unlikely given that the two have traded insults and have been at odds on almost every major issue for years. But it’s a signal of the obstacles that Salvini faces after he pulled the plug on his fractious coalition with Five Star and called for “swift” elections to capitalize on soaring poll ratings.

“Salvini tried to speed up things but he failed,” former Prime Minister Matteo Renzi said on Tuesday. “He should get back to his mojitos,” he added, referring to Salvini’s campaign rallies on Italy’s beaches.

Renzi supports a new majority with the Five Star with the aim of approving the 2020 budget and avoiding an automatic VAT increase, which he said would push Italy into a recession. As a goodwill gesture, he hinted he would be ready to support at least one core Five Star policy that the Democrats had previously opposed.

In a surprise move, Salvini pledged to vote for a drastic reduction in the number of lawmakers -- a flagship Five Star proposal -- if that party backs the snap elections. The lower house, which must give final approval to the law, set Aug. 22 for the vote. That would follow Conte’s speech in the senate on Aug 20 and one to the lower house on Aug 21.