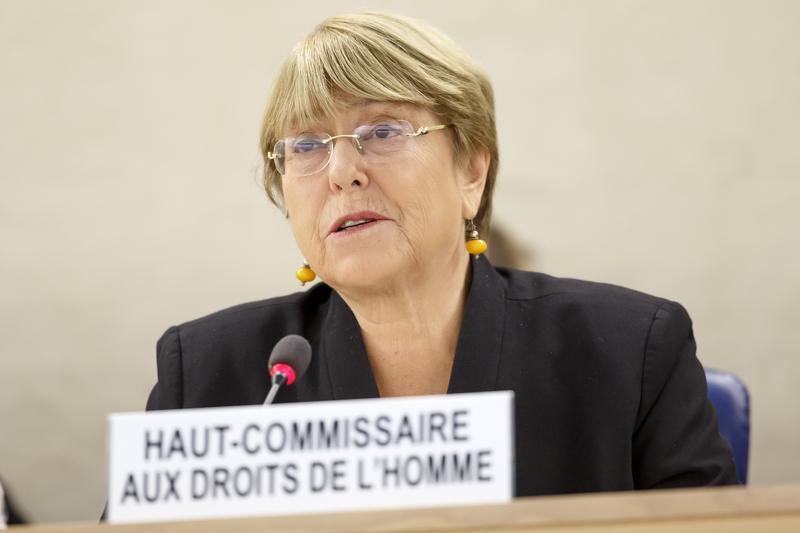 GENEVA — The United Nations (UN) High Commissioner for Human Rights Michelle Bachelet on Monday expressed concern about the migration policies of the United State and the European Union (EU).

According to the UN High Commissioner for Refugees, by July, the death by drowning of over 900 migrants in the Mediterranean has been reported, and many more deaths may have gone unrecorded

In a speech at the 42nd session of the Human Rights Council, Bachelet said some migration policies are "putting migrants at heightened risk of human rights violations and abuses, and may violate the rights of vulnerable people."

Referring to the US recent measures to block migrants, Bachelet said at least 35,000 asylum seekers have been pushed back to Mexican border areas.

According to the human rights chief, in these areas, the UN human rights office has documented increases in detentions and deportations, cases of family separation in the context of arbitrary deprivation of liberty, lack of individual assessment, denial of access to services and humanitarian assistance, and excessive use of force against migrants.

"I remain deeply disturbed ... in particular, the continued separation of migrant children from their parents, and the prospect of a new rule which would enable children to be indefinitely detained, merely on the basis of their administrative status," she added.

Speaking of the migration policies in Europe, Bachelet said actions by some European countries to "criminalize, impede or halt the work of humanitarian rescue vessels and search planes" and the sharp decrease in the number of search and rescue vessels have had "deadly consequences for adults and children seeking safety."

"I am concerned by this lethal disregard for desperate people," Bachelet said, while calling for more determined and effective actions by the EU and its member states to deploy search and rescue operations.

According to the UN High Commissioner for Refugees, by July, the death by drowning of over 900 migrants in the Mediterranean has been reported, and many more deaths may have gone unrecorded.