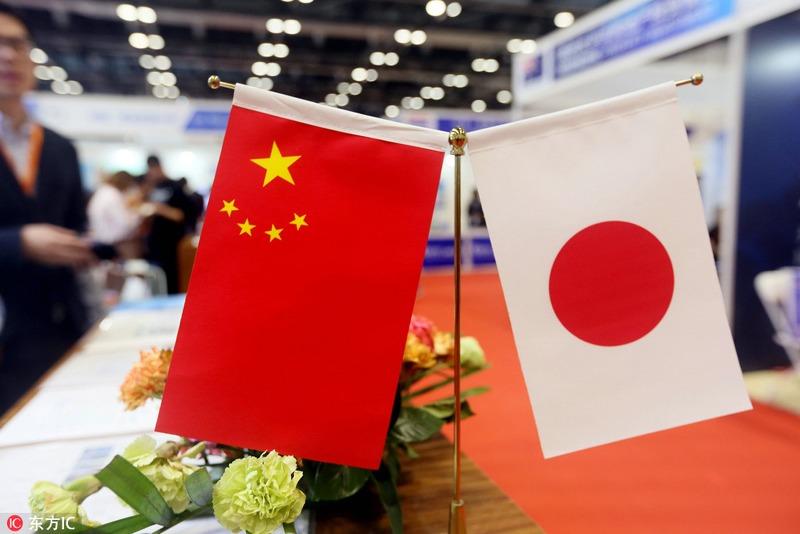 Over the past 40 years, the relationship between China and Japan has seen remarkable progress despite some twists and turns and severe tests. (PHOTO / IC)

BEIJING – Japanese Prime Minister Shinzo Abe will pay an official visit to China from Oct 25 to 27.

It is hoped that Abe's visit, the first by a Japanese prime minister in seven years, will help promote healthy and stable development of bilateral relations and bring it into a new phase.

Forty years ago in October, the China-Japan Treaty of Peace and Friendship formally went into effect. During his visit to China, the two sides will hold a reception marking 40th anniversary of signing the treaty.

China and Japan, standing in new development stages, are both faced with opportunities and challenges. The two economies are complementary to each other with enormous potentials for cooperation

An important milestone in bilateral ties, the treaty affirmed various principles in the China-Japan Joint Statement in the form of law and explicitly stated that China and Japan should keep long-lasting friendship, establishing the political basis and legal norm for bilateral ties.

Over the past 40 years, the relationship between China and Japan has seen remarkable progress despite some twists and turns and severe tests. It is necessary to boost Sino-Japan ties based on the spirit and original intentions of the Treaty of Peace and Friendship and the four political documents signed between the two countries.

READ MORE: A near friend is better than a distant relative

It is also of great significance to deepen cooperation and properly handle issues and differences in the spirit of taking history as a mirror and looking into the future to consolidate the political foundation for the future development of bilateral ties. A healthy and stable relationship will not only help contribute to the economic and social development of the two countries, but also bring benefits to the two peoples.

China and Japan, standing in new development stages, are both faced with opportunities and challenges. The two economies are complementary to each other with enormous potentials for cooperation.

Thanks to the joint efforts of the two sides, bilateral relations have entered a rapid development track. In 2017, bilateral trade rallied to over US$300 billion. The Japanese economic circles are calling for increasing cooperation with China in third-party markets and in areas of environmental protection, scientific and technological innovation and methods to deal with an aging society.

Some Japanese enterprises like Nippon Express, Japan's largest logistics firm, have already joined the comprehensive cooperation under the framework of the Belt and Road Initiative.

As the world is undergoing major development, transformation and adjustment and global free trade system and multilateralism are being challenged by rising populism and unilateralism, promoting Sino-Japan ties will play an even more prominent role in contributing to the peace and prosperity of Asia and improving global governance.

China and Japan are the world's second and third largest economies and are deeply involved in the global industrial chain and trade system. Neither of them can isolate itself from the rest of the world. It is a win-win or multiple-win choice for the two countries to strengthen and expand areas of cooperation.

More importantly, people-to-people and cultural exchanges which are booming in recent years are indispensable for the promotion of mutual trust and understanding. Recent surveys show that the two peoples now have better impressions of one another and are looking forward to closer ties.

In 2017, personnel exchanges increased to a record high of 10 million. During the first half of this year, more than 4 million Chinese tourists visited Japan. At the same time, more and more Japanese young people begin to gain a deeper understanding of China through multiple channels. It is expected that the spirits of "peace" and "friendship" embodied in the Treaty could be passed on by the younger generation.

Everything in the past is the prelude of the future. As a saying from The Analects of Confucius goes, "at 40, I have no more doubts." It is believed that with concerted efforts, China-Japan ties will make steady progress and embrace a new chapter of greater development.