Study: Most glaciers will disappear in central Switzerland by 2090 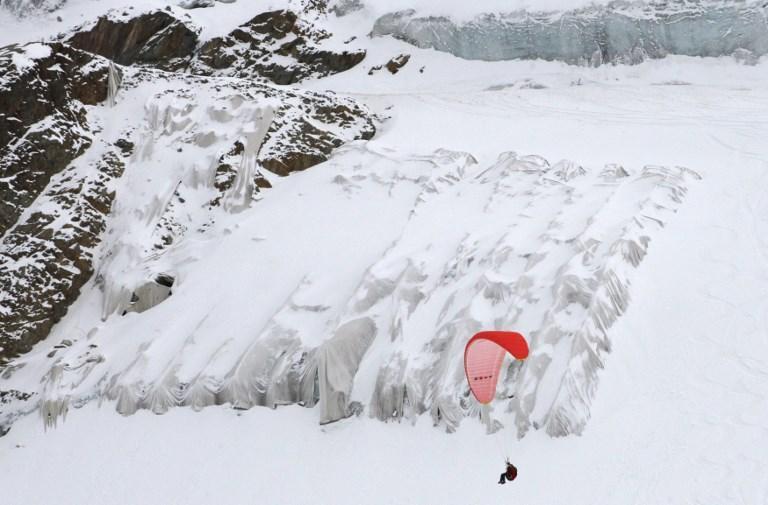 A para-glider flys above large insulation sheets covering parts of Rettenbach glacier in the ski resort of Soelden 28 October 2007. Insulation has been placed on the glacier to prevent ice from melting. (FABRICE COFFRINI / AFP)

GENEVA - A latest study by Fribourg University in Switzerland revealed on Thursday that the vast majority of glaciers in center of the country will have totally disappeared by the end of the 21st century.

Around 90 percent of the Hufi Glacier in the Glarus Alps mountain range in central Switzerland will have melted by 2090, according to Swiss canton Uri's environmental protection service which commissioned a study into the state of the region's glaciers. The study says that all other glaciers in the canton and central Switzerland are facing a similar fate. 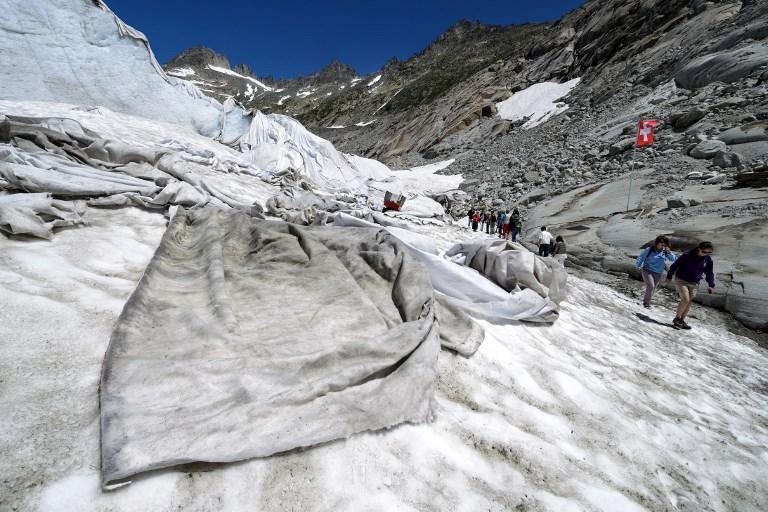 Tourists visit an ice cave inside the Rhone Glacier protected with insulating foams on July 14, 2015 near Gletsch. (FABRICE COFFRINI / AFP)

For centuries the melting glaciers have been transforming the local landscape by carrying rocks downhill and creating deep hollows, which are expected to form new lakes. This phenomenon is already visible in the Hufi region where a lake was created after ice receded.

Melting glaciers will also have an impact on the supply of water, the study says. By the end of the century, the flow of water in streams, rivers and groundwater could fall by 60 percent in August and September, while during periods of drought, water supply may be difficult.

An earlier study in 2014 by the University of Bern found that Switzerland's annual mean air temperature has increased by 1.75 degrees Celsius over the past 150 years, and is projected to rise even faster until the end of the 21st century.

That would depend on the emission scenario, accompanied by changes in other variables including precipitation, snow cover, and slowly melting glaciers that are leaving just rocks and debris.

Scientists predict that over the next 50 to100 years, Switzerland could face an increase of temperature by three degrees Celsius due to climate change. 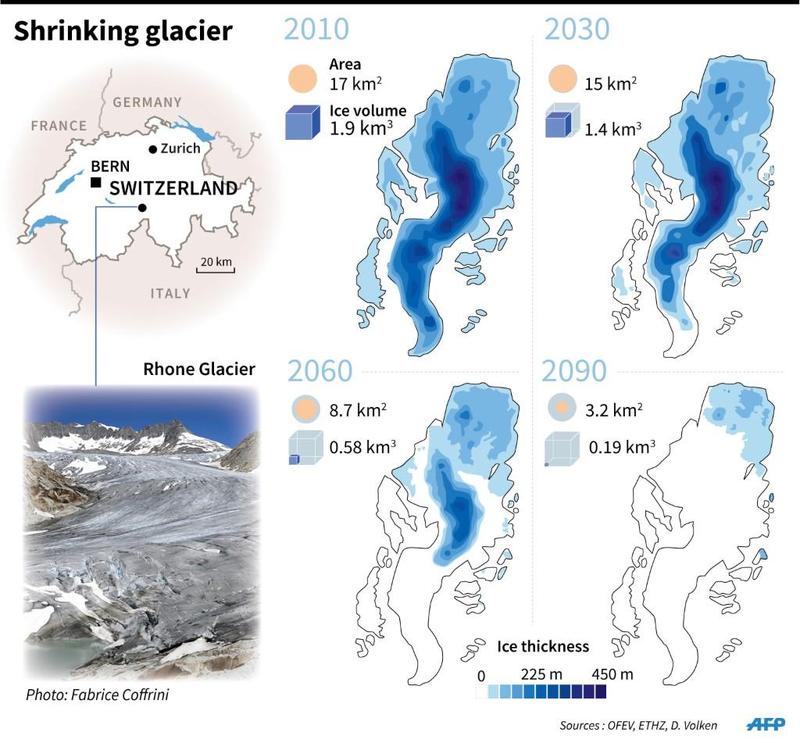 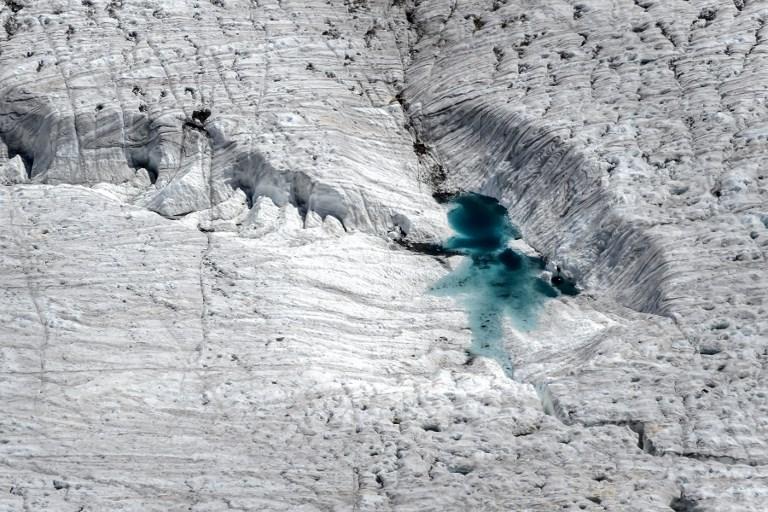 A tourist takes a pictures as he visits an ice cave inside the Rhone Glacier protected with insulating foams as the glacier has been shrinking under the summer sun on July 14, 2015 near Gletsch. (FABRICE COFFRINI / AFP) 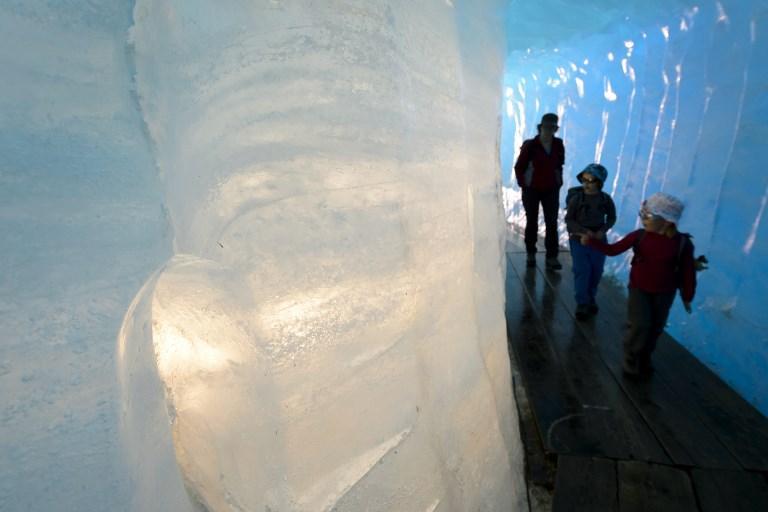 Tourists walk to visit an ice cave next to insulating foams wrapping up the Rhone Glacier which has been shrinking under the summer sun on July 14, 2015 near Gletsch. (FABRICE COFFRINI / AFP) 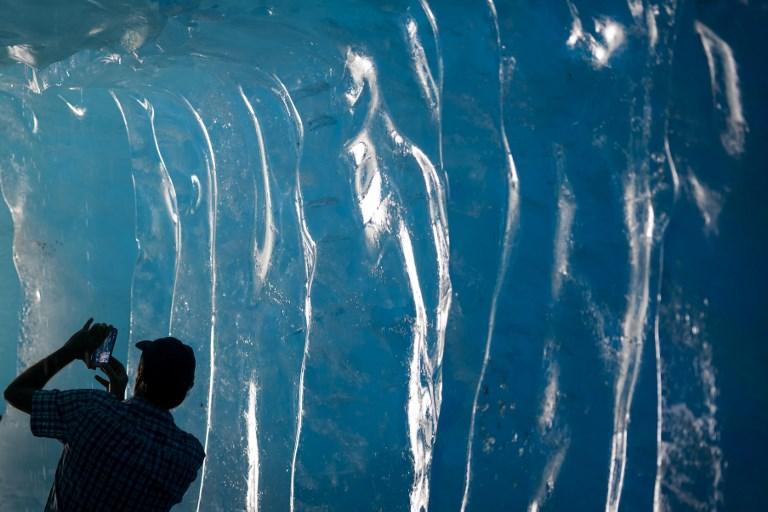