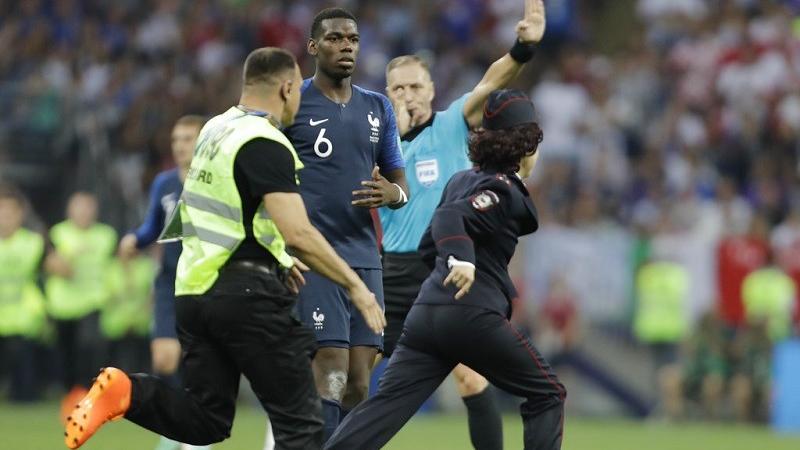 France's Paul Pogba watches a security staffer chasing a pitch invader during the final match between France and Croatia at the 2018 soccer World Cup in the Luzhniki Stadium in Moscow, Russia, July 15, 2018. (NATACHA PISARENKO / AP PHOTO)

MOSCOW - The four protesters who barged onto the field at the World Cup final in Moscow have been sentenced to 15 days in jail.

The protesters, members of the Pussy Riot punk collective, ran onto the pitch at Luzhniki Stadium dressed as police officers during the second half of Sunday's match between France and Croatia. They called for the release of political prisoners and for more open political competition.

A court on Monday sentenced them after finding them guilty of violating the law on behavior of sports events spectators. They were also banned from attending sports events for three years.