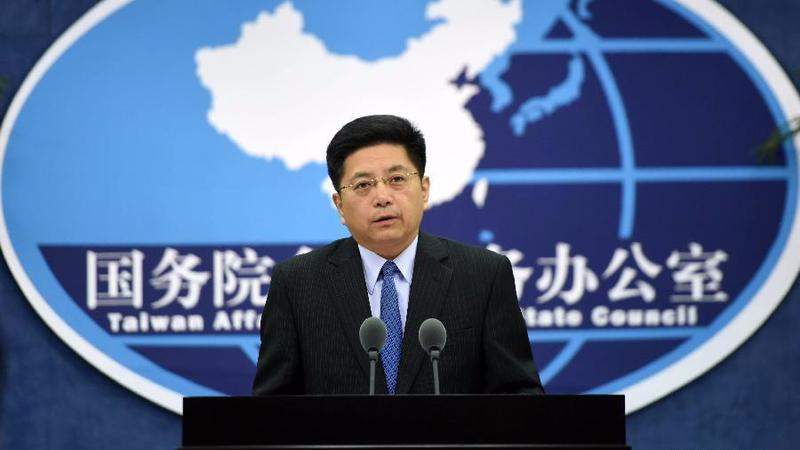 BEIJING - Peace, stability and development in cross-Strait relations is only possible by upholding the one-China principle and opposing "Taiwan independence," a mainland spokesperson said on Tuesday.

Ma Xiaoguang of the State Council's Taiwan Affairs Office made the remarks in response to a speech by the island's leader.

Ma reiterated the mainland's attitude and stressed that whatever propositions made by the island's authority, the key to cross-Strait relations is that Taiwan and the mainland belong to one China.

This year is the 30th anniversary of the opening of people-to-people communication across the Taiwan Strait.

The most important lesson from those 30 years is the fundamental role of the one-China principle, said Ma.

Only by upholding the one-China principle and opposing "Taiwan independence," can both sides promote communication and cooperation, said Ma.
READ MORE: China opposes official contact, military links between US and Taiwan