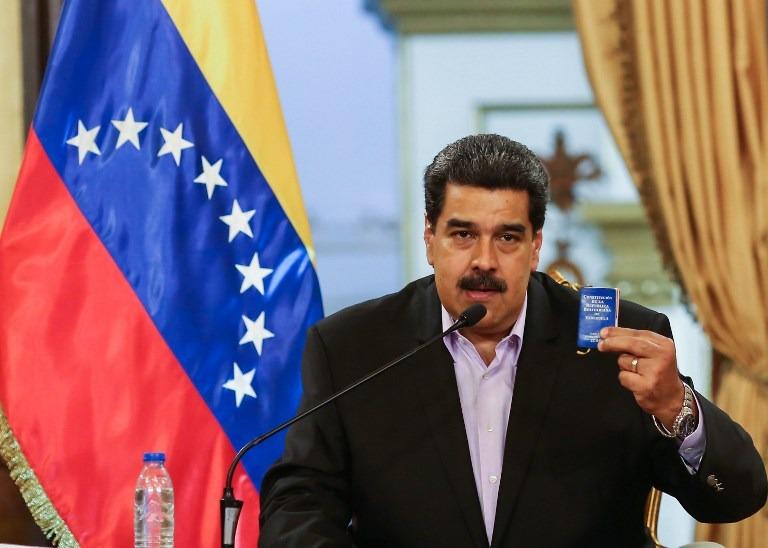 Handout picture released by the Venezuelan Presidency showing President Nicolas Maduro talking during a meeting with Venezuelan diplomats returning from the US, at the Miraflores presidential palace in Caracas on Jan 28, 2019. (VENEZUELAN PRESIDENCY / AFP)

CARACAS/MOSCOW - Venezuelan President Nicolas Maduro accused US Donald Trump of ordering neighboring Colombia's government to kill him, but said he was open to the possibility of talks with the US leader and his own domestic foes.

In an interview with Russia's RIA agency, Maduro rejected calls for an early election, said an order to arrest his rival Juan Guaido had not yet been given, and promised Caracas would honor debts to Russia and China.

Trump, meanwhile, warned US citizens against traveling to Venezuela amid the political crisis there over control of the government.

"Maduro willing to negotiate with opposition in Venezuela following US sanctions and the cutting off of oil revenues. Guaido is being targeted by Venezuelan Supreme Court. Massive protest expected today. Americans should not travel to Venezuela until further notice," Trump wrote on Twitter.

Facing the biggest challenge of his six-year rule, the 56-year-old socialist leader also said his armed forces remained loyal and President Vladimir Putin was firmly behind him.

Maduro's comments were published on Wednesday as the fight for control of Venezuela escalated with the government preparing an investigation into self-declared interim president Guaido, and new street protests planned.

Venezuela plunged further into turmoil last week after the United States recognized Guaido, 35, as acting president, while Russia, which has lent Caracas an estimated US$17 billion since 2006, continued to back Maduro.

"Donald Trump has without doubt given an order to kill me and has told the government of Colombia and the Colombian mafia to kill me," Maduro told RIA.

Though the Venezuelan was reprising an old allegation that critics scoff at as a smokescreen, there was speculation of military plans after Trump adviser John Bolton appeared on Monday with a pad showing the words "5,000 troops to Colombia."

"If something happens to me one day, Donald Trump and Colombian President Ivan Duque will bear responsibility," Maduro said of his right-wing foes.

He also dismissed calls for a snap presidential vote, saying his re-election last year was fair despite widespread allegations of fraud

Despite their increasingly militant opposition to Maduro, whom they regard as a dictator, both Washington and Bogota have repeatedly denied accusations of plots to kill him.

Maduro, who survived what he called an assassination attempt in August last year, said he was well protected, guaranteeing him a long life. He declined to comment on reports Russia sent private military contractors to help guard him.

He also dismissed calls for a snap presidential vote, saying his re-election last year was fair despite widespread allegations of fraud and the barring of two opposition rivals.

Despite alleging Trump wanted him dead, Maduro said he was ready to meet him "wherever he wants", but thought the prospect unlikely given what he described as attempts by Trump's advisers to prevent it.

Regarding the investigation and possible arrest of Guaido, he said: "As far as I know, this measure has not yet been taken. Let's wait for the internal constitutional and legal processes to see what the results will be. We won't rush, we'll wait." 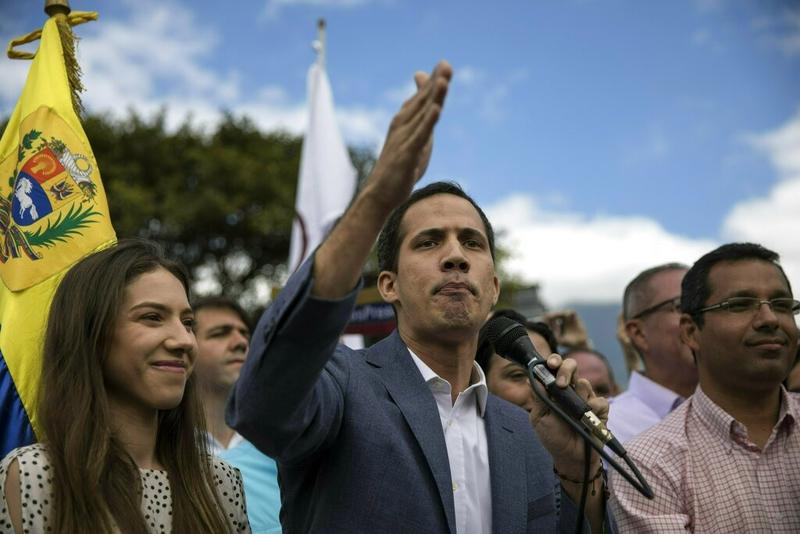 Venezuela's Supreme Court has imposed a travel ban on Guaido and froze his bank accounts in apparent retaliation for oil sanctions imposed by the United States that are expected to severely hit the OPEC member's already collapsing economy.

The 35-year-old opposition lawmaker, who is president of the National Assembly, wants new elections, arguing that Maduro fraudulently won a second term last year. Guaido is offering an amnesty to tempt military officials to join him.

"There are several governments, organizations globally, which are demonstrating their sincere concern about what is happening in Venezuela, they have called for a dialogue," RIA quoted Maduro as saying.

Given the failure of previous rounds of dialogue, including one led by the Vatican, opponents are suspicious, believing Maduro uses them to quell protests and buy time.

With the Venezuela crisis deepening a geopolitical showdown between Washington and Moscow across various global flashpoints, Maduro also expressed "pleasure and gratitude" for Putin's help.

Russia has loaned and invested billions of dollars in Venezuela, and sources told Reuters private military contractors who do secret missions for Moscow were in Venezuela. 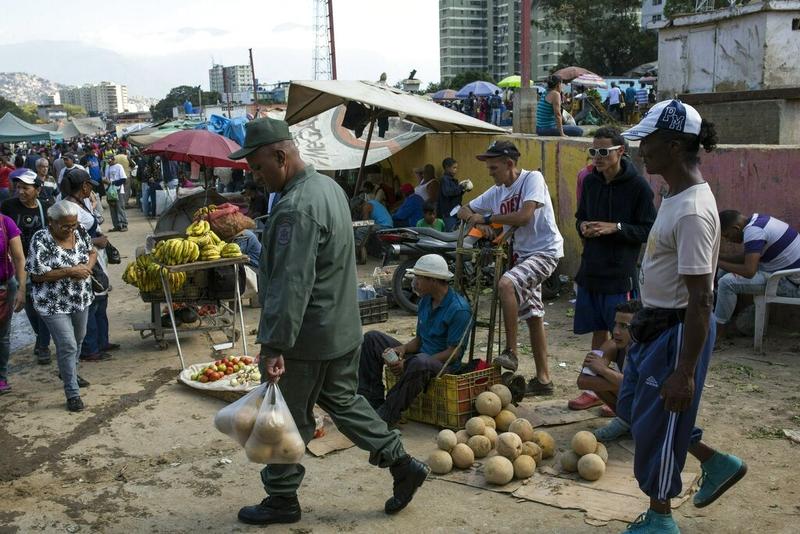 Guaido called for more protests on Wednesday and a mass march at the weekend, to keep up pressure on Maduro in the streets. Wednesday's action would not be a major march, but a series of small concentrations, he said.

More than 40 people have died so far in and around the protests that began a week ago, the UN human rights office said. Hundreds have also been arrested, including children.

He ordered the creation of 50,000 popular defense units, community groups he said would be charged with the "integral defense of the fatherland." While it was not clear if they would be armed, the strategy reflects government concern the United States could try to defeat Maduro militarily.

The Pentagon has refused to rule out military action, although is it not considered likely by most experts.