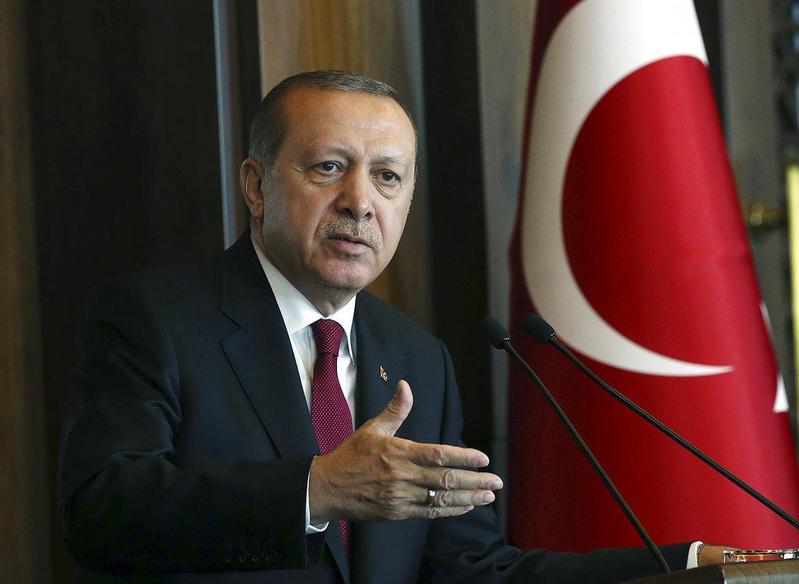 ANKARA - President Tayyip Erdogan said on Thursday that Turkey would soon close its border with northern Iraq and shut its air space in response to last week's Kurdish independence referendum.

Erdogan, who held talks in Tehran on Wednesday with Iranian leaders, also said Turkey would decide jointly with Iran and Iraq's central government in Baghdad whether to cut oil exports from Kurdish northern Iraq.

His comments came 10 days after Kurds in northern Iraq voted overwhelmingly for independence, alarming Baghdad, Iraq's neighbours and Western powers who fear the vote could trigger further conflict in the Middle East.

Turkey tightened controls at its main border crossing into Iraq in the immediate aftermath of the vote and suspended flights to northern Iraq. It has also held joint military exercises with Iraqi troops on the border.

But it has not yet implemented threats to impose wider sanctions on the Kurdish region or to cut off the hundreds of thousands of barrels of Kurdish oil exported daily via Turkey to world markets.

"Flights to northern Iraq have already been suspended, the air space and borders will also close soon," Erdogan said in a speech in the Turkish capital, Ankara.

He said the decision to hold the referendum showed the "perfect ingratitude" of the Kurdish Regional Government in northern Iraq, after years of close commercial and political ties with Turkey.

Earlier, Erdogan told Turkish media on his return from Iran that Ankara, Tehran and Baghdad would jointly decide on whether to close the taps on the Kurds' oil export pipeline, adding that it was time for the KRG to take a step back.

The northern Iraqi leadership is drunk with the result of the referendum, it's not aware of what it is doing or what kind of steps it's taking

"The northern Iraqi leadership is drunk with the result of the referendum, it's not aware of what it is doing or what kind of steps it's taking," he said.

Erdogan also criticised the inclusion of the oil-rich city of Kirkuk in the referendum, saying that Kurds had no legitimacy there and that they were "invaders" in the region.

During a joint news conference with his Iranian counterpart Hassan Rouhani on Wednesday, Erdogan said Turkey was considering further measures against northern Iraq, and the two leaders promised to work together against the independence drive.

The Kurds are the region's fourth-largest ethnic group, spread across Iran, Turkey, Syria and Iraq. All of those oppose any moves towards a Kurdish state, but the Kurds have been building strong international ties.

Last month, Russian oil major Rosneft clinched a gas pipeline deal in Iraq's autonomous Kurdistan to help it become a major exporter of gas to Turkey and Europe. The pipeline will be constructed in 2019 and exports will begin in 2020.

On Wednesday, Russian President Vladimir Putin said that it was in no-one's interest to cut off oil supplies from Iraq's Kurdistan, which would raise oil prices.

Erdogan, however, brushed off those concerns, saying the final decision would be made by Turkey, Iran and Iraq.