NZ gun owners turn over their weapons for money 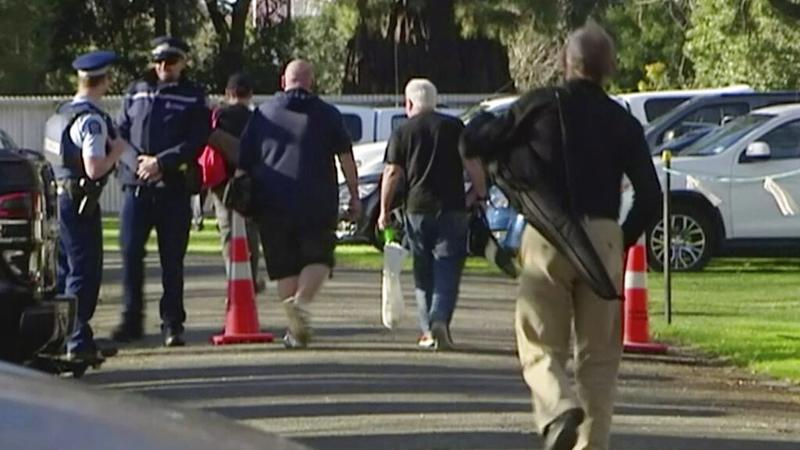 In this image made from video, people bring their guns to exchange for money in Christchurch, New Zealand, July 13, 2019. Dozens of Christchurch gun owners on July 20, 2019 handed over their weapons in exchange for money, in the first of more than 250 planned buyback events around New Zealand after the government outlawed many types of semi-automatics. (TVNZ VIA AP)

SYDNEY - New Zealanders have handed over more than 10,000 guns, weapons parts and accessories in the first week of a buy-back scheme prompted by the country's worst peacetime mass shooting, police figures released on Sunday show.

Owners have until Dec. 20 to hand in their weapons and the government has set aside NZ$208 million (US$140.63 million) to compensate them for up to 95% of the original cost

A gun reform law passed in April banned most semi-automatic firearms, parts that convert firearms into semi-automatics, magazines over a certain capacity and some shotguns.

Owners have until Dec. 20 to hand in their weapons and the government has set aside NZ$208 million (US$140.63 million) to compensate them for up to 95% of the original cost.

More than 2,000 people have surrendered 3,275 firearms, 7,827 parts and accessories and in return authorities have paid them slightly more than NZ$6 million (US$4.06 million) since the buy-back began last Saturday, a police spokesperson told Reuters by telephone on Sunday.

Police said they were pleased with the turnout on Sunday, as 684 people handed in 1,061 guns and 3,397 parts and accessories at events across the country.

Police superintendent Karyn Malthus said hundreds of firearms had been surrendered in Auckland.

"The feedback from firearms owners at the event has been very positive," she said in an emailed statement.

Media reported on Wednesday that Christchurch residents were upset about the proposed opening of a Gun City mega store in the city.

Tarrant, due to stand trial in May, has pleaded not guilty to 92 charges over the attacks, including New Zealand's first terrorism charge.

With a population of just under 5 million and an estimated total of 1.5 million firearms, New Zealand ranks 17th in the world in terms of civilian firearm ownership, the Small Arms Survey shows.