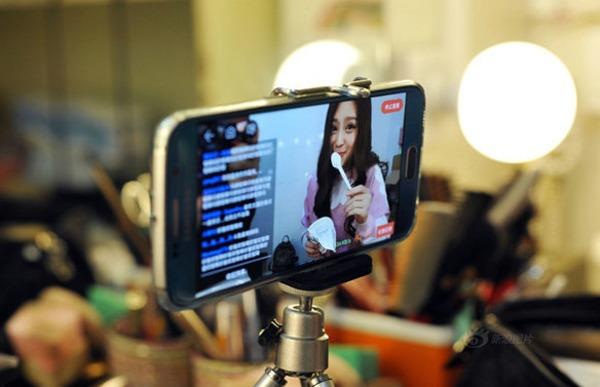 China's booming short video services are gaining traction in overseas markets with companies looking to capitalize on markets where mobile internet is developing at a rapid pace.

This follows the successful landing of Tik Tok-an overseas iteration of short video app Douyin-in Thailand and Japan, according to Beijing Bytedance Technology Co Ltd, the company behind these apps.

Like many services, Vigo Video looks to capture moments in life by offering easy-to-use video editing tools, as well as a suite of special effects such as the real-time beautifying camera to attract users.

But the real game changer is its employment of artificial intelligence, which can help users discover videos and connect with audiences for their works through personalized content feeds.

The tech firm, which started out with an algorithm-backed news aggregator Toutiao, is on a constant buying spree to drive the globalization goal set by its founder and CEO Zhang Yiming.

By launching indigenous services and acquiring foreign startups from musical.ly to Top Buzz, Bytedance houses over 100 million content creators across Southeast Asia, Europe and the Americas.

It is looking to have more than half of the users coming from overseas in three years, Zhang said at a company town hall meeting in March.

"Our approach (for overseas expansion) is to utilize AI technologies to empower local content creators and partners," said Liu Zhen, senior vice-president of the company.

According to consultancy iiMedia, while the sector is projected to boast 353 million users in 2018, the growth pace is decelerating from 73.9 percent in 2016 to 45.9 percent this year.

The market is scattered with dozens of players that include Kuaishou, Miaopai, Douyin and Xigua Video, which are all scrambling for the share of people's attention on their respective apps.

"Given the intensified domestic competition, going overseas is a good choice to optimize their resources, enhance their user base and enrich their content offerings," said Neil Wang, president of consultancy Frost & Sullivan China.

Southeast Asia and South America are notably gravitational to short video companies thanks to a massive young population who are eager to embrace the fast-developing mobile internet, said Ma Shicong, a new media analyst at consultancy Analysys.

"Short video is proving to be the next global trend in terms of mobile entertainment. AI-powered recommendation mechanism is adding a stream to Chinese players, whose technologies are already world-leading," Ma said.

Meanwhile, Chinese companies should be wary of potential hurdles derived from cultural, religious and political differences as they step up their pace of expansion, Wang said.