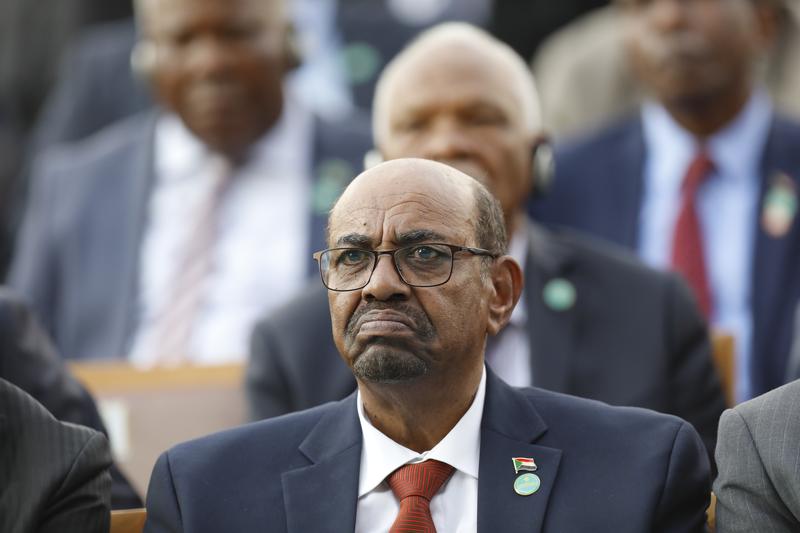 CAIRO — An umbrella group of independent professional unions called Sunday on people to march on the presidential palace in Sudan's capital, Khartoum, to demand that leader Omar Bashir step down, signaling that protests against the 29-year rule of the autocratic president are showing no sign of abating.

Although the protesters never reached the palace on Christmas Day, their action showed the depth of popular discontent with Omar Bashir's rule

It's the second time that the umbrella group, which enjoys the support of opposition parties, has called for a march on the presidential palace since protests began more than a week ago.

On Christmas Day, thousands attempted to reach the Nile-side palace in central Khartoum, clashing with police that used tear gas and batons to disperse them. The day also witnessed protests in a string of Sudanese cities.

Although the protesters never reached the palace, their action on Tuesday showed the depth of popular discontent with Bashir's rule. Protesters numbering in the hundreds or very low thousands gathered in dozen or so venues across the city and fought pitched battles with police for hours before they dispersed after nightfall.

This time, the call is for the march to take place Monday, with the umbrella group of unions urging protesters in a statement to stay on the streets until they usher in 2019 after midnight. It also called on people outside Khartoum to stage street protests. January 1 marks the anniversary of Sudan's 1956 independence from Anglo-Egyptian rule.

"It is another round to affirm our immediate and unquestionable demand to bring down Bashir and his regime," said the statement, which appealed to security forces to refrain from using deadly force against Monday's protesters.

Bashir, meanwhile, vowed in a meeting with police commanders Sunday that his government would not allow "saboteurs" to undermine the stability and security of the country, according to the state news agency. "Sudan is facing an economic challenge but, despite the circumstances it's going through, remains better than other nations and enjoys stability and security," the agency quoted him as saying.

An Islamist, Bashir sought to justify the killing of protesters by police, quoting from the Quran to argue that from punishment by death comes life, according to a video clip of his comments. "In reality, it's deterrence to others so that we can maintain security, which is a valuable commodity and, God willing, we will not risk the security of the citizens or the nation," he told the police commanders.

"The objective is not to kill the protesters, but the ultimate aim is to safeguard the security and stability of citizens." Monday's protests, if they materialize, would be the latest in anti-government demonstrations that began Dec 19, initially over rising prices and shortages of basic food items and fuel. They soon turned political, with calls on Bashir to step down. Protesters chanted "leave!" and "the people want to bring down the regime" — the chief slogan chanted during the Arab Spring uprisings of 2010 and 2011 — while insisting that their actions are peaceful.

The government has acknowledged that the protests started peacefully but said they turned violent when saboteurs infiltrated them. It has imposed emergency law in parts of Sudan along with nighttime curfews. Authorities have also suspended classes in schools and universities across much of the country.

London-based rights group Amnesty International has said it has "credible reports" that 37 people were killed in the first five days of protests, but the government has acknowledged only 19.

The lawyers' union announced Sunday its members would start an indefinite strike Monday, joining the doctors who began their own open-ended strike last week. Journalists went on a three-day strike last week.

Sudan's economy has struggled for most of Bashir's years at the helm. He has also failed to unite or keep the peace in the religiously and ethnically diverse nation, losing three quarters of the country's oil wealth when the mainly animist and Christian south seceded in 2011 following a referendum in which southerners voted overwhelmingly in favor of independence. A year earlier, Bashir was indicted by the International Criminal Court for genocide in Darfur, but the Sudanese leader continued to be a welcome guest at several Arab and African nations.

In his mid-70s, he is seeking another term in office. Loyalist lawmakers have been rallying support in the legislature to introduce constitutional amendments to allow him to run in elections slated for 2020.