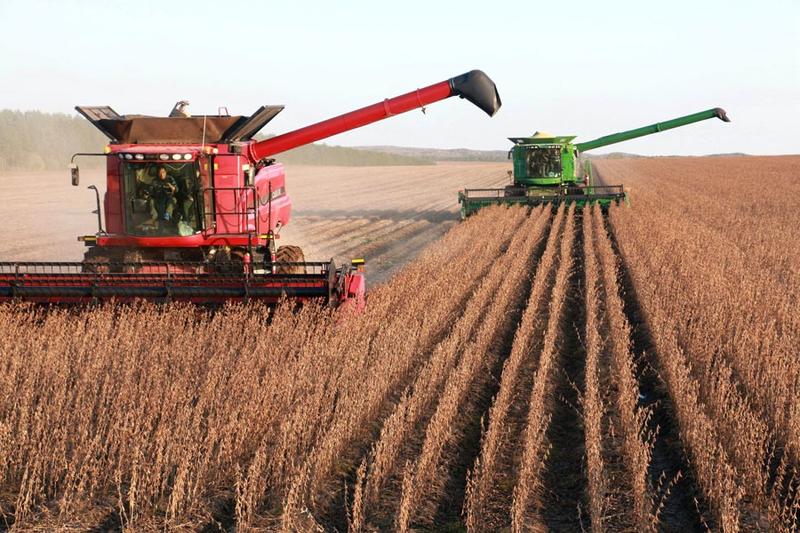 A total of 192 genetically modified plant species－including two corn species and a soybean species－are expected to pass biosafety evaluations by the Ministry of Agriculture and Rural Affairs, opening the way to their commercial use in China.

The ministry released a list of the genetically modified organisms on Monday to solicit public opinion until Jan 20, and will award biosafety certificates for them if no objections are raised during the period.

The GMO soybean species, which is resistant to weedkiller, was developed by Shanghai Jiao Tong University and is suitable to grow in South China. The two GMO corn species feature qualities such as being resistant to insects and weedkillers, according to the ministry.

The GMO soybean species, which is resistant to weedkiller, was developed by Shanghai Jiao Tong University and is suitable to grow in South China. The two GMO corn species feature qualities such as being resistant to insects and weedkillers, according to the ministry

In a similar move in 2009, the ministry awarded biosafety certificates to a genetically modified corn species and two GMO rice species, but none of them has been approved for commercial production.

However, insect-resistant GMO cotton has been grown on more than 31 million hectares across China, helping to reduce the use of pesticides by more than 70 percent, according to the ministry.

"After passing safety evaluations, GMO researchers and developers must complete some other procedures before the GMO species can be put into commercial use and be available on the market, including gaining different permits for the production of the seeds and production of the species," said Wang Xiping, a professor of life sciences at Beijing Normal University.

Academic opinion generally accepted that GMO products were safe, she said, but safety evaluation standards varied in different countries. GMO crops, such as soybeans, were already grown extensively in countries such as the United States and Brazil, she said.

GMO technology helps improve the quality of crops, such as making them more productive and resistant to insects, and therefore also protects the environment through reduced use of pesticides and fertilizers, Wang said.

Of all agricultural species, only GMO corn and papaya have been approved for commercial planting in China, while some GMO plants, such as soybean and corn, are allowed to be exported to China as material for food processing, according to the ministry.

All GMO products available on the domestic market have passed strict safety evaluations and are safe, the ministry said.

The ministry encourages scientific research and development in GMO technology, but remains cautious in its commercialization. Commercial promotion efforts will first focus on agricultural species that cannot be eaten, such as cotton, and products used as staple food, including rice and soybeans, will come last, it said.

Research into GMO crops in China started in the 1980s, among the earliest in the world, and breakthroughs in the research and development of GMO species, such as insect-resistant rice, drought-resistant wheat and weedkiller-resistant soybeans, have been made in recent years, according to the ministry.