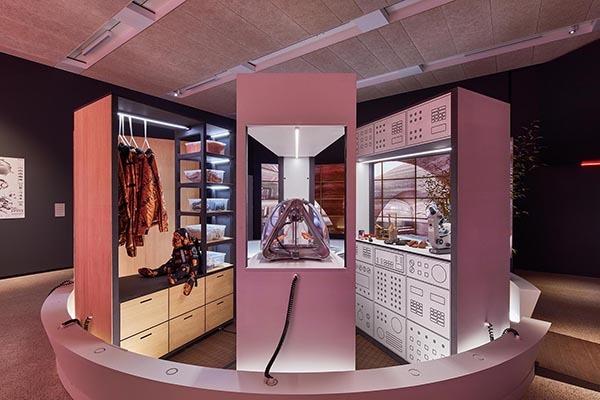 Mars Habitat by Hassell with 3D-printed furniture by Nagami, with thanks to Oxygen Model Management

Mars has never been hotter as a subject (ironically, the cold planet would benefit from the same global warming that is killing Earth) and the global fixation of the world’s powers to get there first has become this century’s moon-landing equivalent. Yet, despite conditions on Mars being deeply hostile to humans, we still appear determined to go.

“In the long run, the human race shouldn’t have all its eggs in one basket – or on one planet,” wrote the late scientist Stephen Hawking. “If we’re to survive, I am convinced that humans need to leave Earth.” British stadium cosmologist Brian Cox agrees: “There will be Martians if we are to have a future. At some point, we will be the Martians, because we can’t stay here forever.” And then there’s Elon Musk. The serial entrepreneur with plans for humans to colonise Mars via his private SpaceX programme famously declared: “Being a multi-planet species beats the hell out of being a single-planet species.”

Nasa, the European Space Agency, SpaceX and China are all in the race to “multi-planet” humanity. China will launch its Mars probe in 2020 and earlier this month tested a potential landing procedure in northern Hebei province. What differentiates the country’s ambition is its expectation to complete orbiting, landing and roving in one mission. “Though it has been preceded by other countries’ Mars missions, ours will produce better performance in terms of technological level and engineering capability,” says Ye Peijian, a leading space exploration researcher at Beijing’s China Academy of Space Technology.

But any attempt to go as far as Mars requires a whole new approach to lifestyle. All of which makes London’s Design Museum exhibition Moving to Mars about as trending as it gets. Until February 23, 2020, the exhibition invites visitors to discover the role that design will play in humanity’s journey to the Red Planet. Every detail of this extraordinary venture must be designed – from the journey (around seven months) to considering what we will wear, eat and live in when we get there and beyond.

“On the 50th anniversary of the moon landing, we are entering a new space age, with Mars once again capturing the popular imagination,” says the museum’s chief curator, Justin McGuirk. “As a museum interested in emergent futures, we are keen to explore how designing for space can help us design for Earth.”

There is something otherworldly and compelling about experiencing this show, given its topicality and futurism. Within 40 minutes of arriving, we had all but stepped on Mars, having witnessed a huge panoramic immersive installation On Mars Today, featuring high-resolution imagery from the surface of the planet that has never been shown in public before; we saw what farming will look like, a major challenge given the planet’s total lack of any discernible life, tiny amounts of water, limited carbon dioxide and constant spectre of radiation given the planet’s thin atmosphere. There’s also a full-scale prototype of the ExoMars rover, which will be launched into space next March. 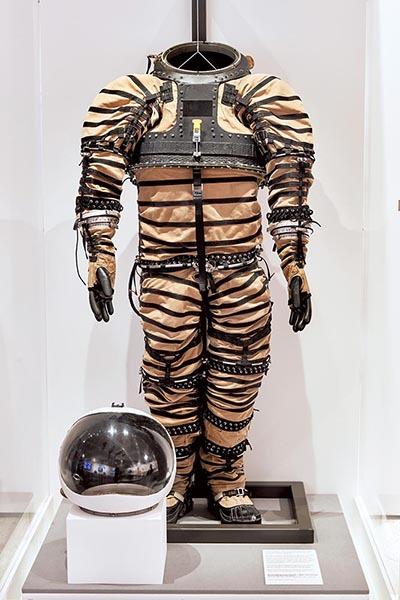 And there’s the journey. It ranges from food trays by Nasa to Galina Balashova’s designs for Russian space interiors from 1964 to 1980, and from Raymond Loewy’s design work for space stations to (exhibited for the first time) the NDX-1 spacesuit, designed specifically for the surface of Mars by the University of North Dakota. The challenges of dining are addressed in a newly commissioned spacecraft table by German industrial designer Konstantin Grcic, inspired by the constraints imposed by zero gravity.

Don’t forget the living. There’s a full-scale Mars habitat designed by London-based architecture firm Hassell as part of Nasa’s 3D-Printed Habitat Challenge. The living space is equipped with clothing from Raeburn’s spring/summer 2020 New Horizon collection, including pieces that are made from materials such as solar blankets and parachutes, taking inspiration from the make-do-and-mend approach on Mars. It’s here that you also see hydroponic farming kits and Spirulina-growing systems.

The China National Space Administration says the country’s first Martian probe will conduct scientific investigations of the soil, explore the planet’s geological structure and environment, and search for the possible existence of water.

In typically prescient style, China already has a Mars Base No. 1 in its Gobi Desert in the province of Gansu, where fruit and vegetables are grown, all of it in a soil-less culture. Visitors are taught how to live on Mars. The base has nine cabins and a biocabin, which mimics the visionary simulation aspects on Mars – should we ever go, that is.

That’s the question the final part of the Design Museum show posits: whether we should even venture to Mars, let alone design for it. In an installation modelling an alternative scenario running over a million years, Alexandra Daisy Ginsberg uses a gaming engine to simulate a Mars colonised only by plants (terraforming through planetary engineering to give Mars an Earth-like environment) and not humans.

All of which leaves the eeriest feeling upon leaving. Was Mars, once, home to life of some kind? Was it, pre-Earth, inhabited and subsequently destroyed over time, as is the fate that many believe Earth is facing now? In going to Mars, are we voyaging as a new multi-planet species, or revisiting a place where life, in whatever form, previously flourished and then found its escape route to Earth? Once upon a time… 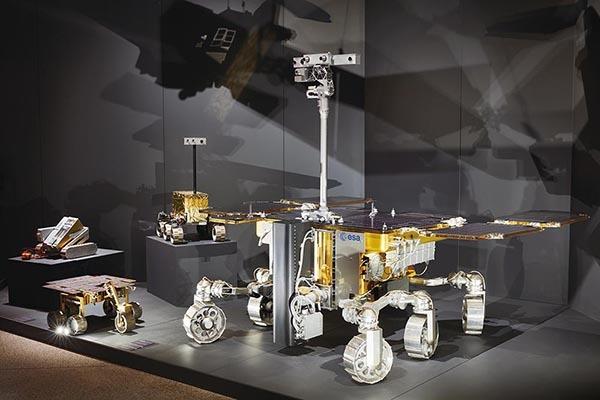 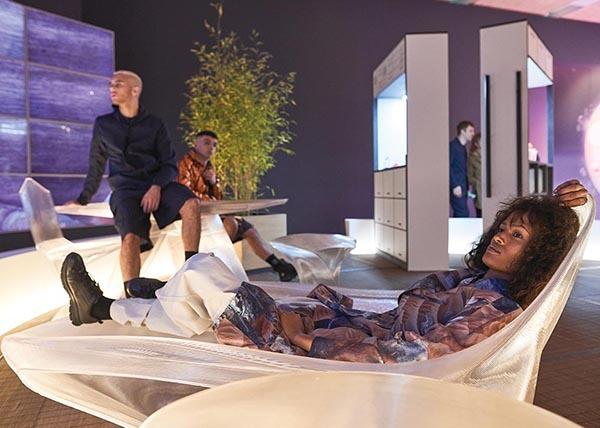 Mars Habitat by Hassell with 3D-printed furniture by Nagami, with thanks to Oxygen Model Management-2 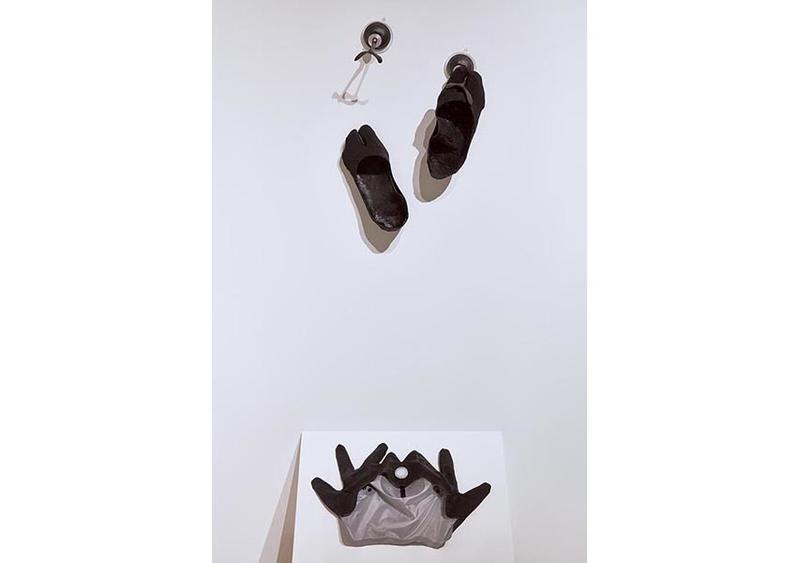