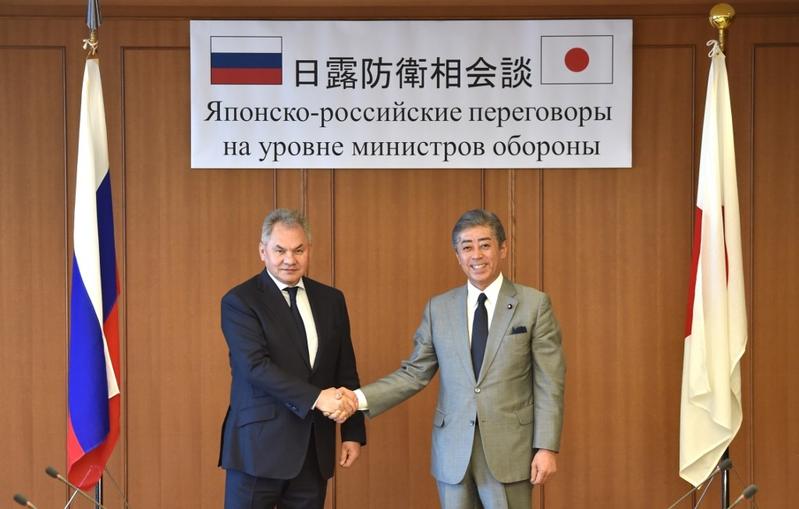 Russia's Defence Minister Sergei Shoigu (left) shakes hands with his Japanese counterpart Takeshi Iwaya prior to their talks at the Defence Ministry in Tokyo on May 30, 2019. (Kazuhiro NOGI / AFP)

TOKYO - Japanese and Russian defense ministers expressed their respective concerns over military-related issues during talks in Tokyo on Thursday.

Japanese Defense Minister Takeshi Iwaya told a press briefing after holding talks with his Russian counterpart Sergei Shoigu that Japan was concerned over the buildup of Russian forces on disputed islands off the northernmost prefecture of Hokkaido.

The press briefing came ahead of the two-plus-two meeting comprising both defense ministers and foreign ministers of both countries.

Further issues of contention, as well as consensus on working together towards easing tensions on the Korean Peninsula, are slated to be discussed during the two-plus-two meeting, the first to be held between both countries since July last year.

The disputed islands are known as the Northern Territories in Japan and the Southern Kurils in Russia.

Both parties have, however, provisionally agreed to discuss furthering joint economic activities on the islands.