Jamming with the Nordics 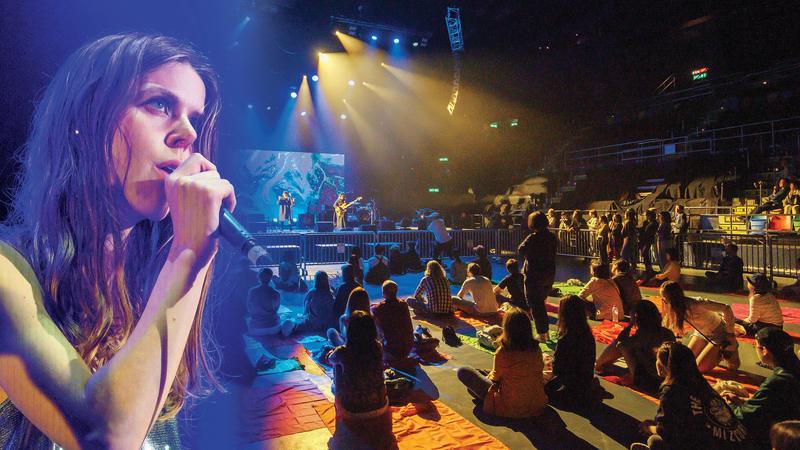 There’s an understandable but unnecessary affliction that haunts artists of all disciplines from smaller and, especially, non-Western nations: an institutionalized reverence for the pervading cultural hegemony, and a resulting inferiority complex nurtured in the homegrown. Nowhere might this be truer than in Hong Kong, where the dismembered roots of colonialism have bred a very real and present identity crisis.

That is why the recent Nordic & Hong Kong Band Sound Gala — the slightly awkward title only highlights the potentially patronizing spirit of cultural exchange — was so very refreshing. The city’s finest indie musicians proudly measured up to the visiting headliners at Queen Elizabeth Stadium on Nov 16-17, the climax of a wonderful month of programing at this year’s biennial World Cultures Festival.

No one provoked a more fevered response than GDJYB, the beloved all-girl, math-folk quartet whose five-song set simmered with its dazzling musicianship, social insight and production values. After the frenetic and largely wordless sci-fi-funk of opener “Backspace”, the lyrics bit back in the brooding, alcoholic parental portrait “Hong Kong Family Story” and the authoritarian “The Loving Mothers” — both accompanied by bracing, synchronized real-world visuals — before culminating in the violent drama of “Street Fighters” and “Why Don’t You Kill Us All”, collectively marking the group out as one of the SAR’s most consistently compelling.

It was a weekend of strong female voices — who fronted all eight of the Nordic guests. An embrace of both electronic gadgetry and orchestral instruments – rather than tired guitar-and-drums combos — was a welcome recurring theme. Most startling was Finland’s Elinfantree, a stunningly intuitive trio of drums, keys, voice and electronic woodwind that navigated improvised jazz wig-outs, looped layers and poppish bops to arrive at a self-described “underwater disco”. A similar kookiness was evident in compatriot Eleanoora Rosenholm, whose skittish indie-electro stylings disguised lyrical gravity, most evident on “Valo Kaasumeren Hämärässä”, dedicated to Hong Kong.

Yet both are mature songwriters with plenty of their own soul to share, framed by equally sympathetic post-rock noise-scaping sextets. Both were also, interestingly, distinguished by the presence of saxophonist Andrew Wong, a powerful yet nuanced player whose instrument offered a novel texture to the pervading indie gloom.

Yang’s closing transformation from the mellow piano-led harmonics of “Sleeping on the Edges” to the cathartic, grunge meltdown of the unreleased “Bunker’s Song” was thrilling. The better-established Cong played an altogether more reflective game, unspooling somber, detuned, reverb-soaked, regret-stained tales from 2018 LP A Ghost & His Paintings to frequently heart-melting effect.