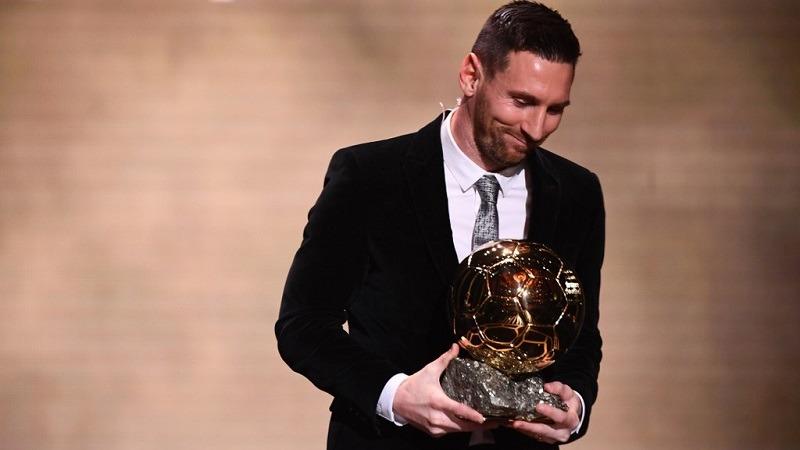 “I hope to continue for a long time,” Messi said on Monday in Paris from behind a row of the trophies which honor the world’s best soccer player.

“I realize that I am very lucky, even if, one day, retirement will come. It will be difficult. But I still have a lot of good years ahead of me. Time goes by very quickly, so I want to enjoy football and my family.”

I realize that I am very lucky, even if, one day, retirement will come. It will be difficult. But I still have a lot of good years ahead of me

“I can’t believe I’m the one winning in this field, it’s been an incredible year,” Rapinoe said in a recorded video message during the ceremony at the lavish Theatre du Chatelet.

Liverpool defender Virgil van Dijk was second in the polling this year, followed by Cristiano Ronaldo, who shared the record of five Ballon d’Ors with Messi until Monday.

Messi’s and Ronaldo’s 10-year grip on the award organized by France Football magazine was ended last year by Luka Modric.

But Messi was back on top of his game over the past 12 months. He scored 36 times last season en route to a 10th Spanish Liga title, and was the Champions League top scorer. His goals in the Liga also made him the top scorer in Europe’s biggest leagues, earning him the Golden Shoe award.

“A few years ago, I received my first Ballon d’Or here in Paris,” Messi said. “I was 22 years old. It was something unthinkable at the time. Today is my sixth Ballon d’Or. As my wife used to say, you should never stop dreaming but always work to improve and continue to enjoy yourself.” 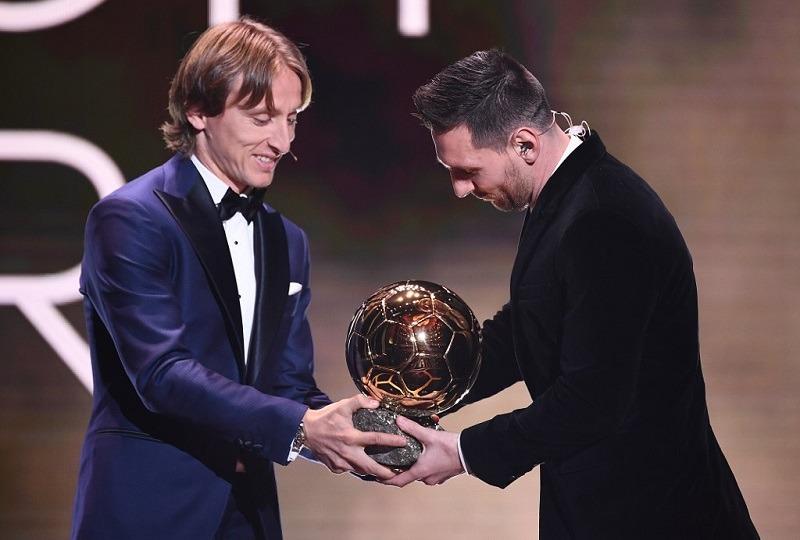 The Argentine has not showed any sign of slowing down since the start of the new European season, marking his 700th game for Barcelona last week with a goal and two assists in beating Borussia Dortmund 3-1. So far this year, Messi has 41 goals in 44 games.

Van Dijk clinched the 2019 Champions League crown with the Reds after obliterating Messi’s Barcelona in the semifinals.

“It's been an amazing year, I was close but unfortunately there are a couple of players like (Messi). I am very proud,” Van Dijk said. 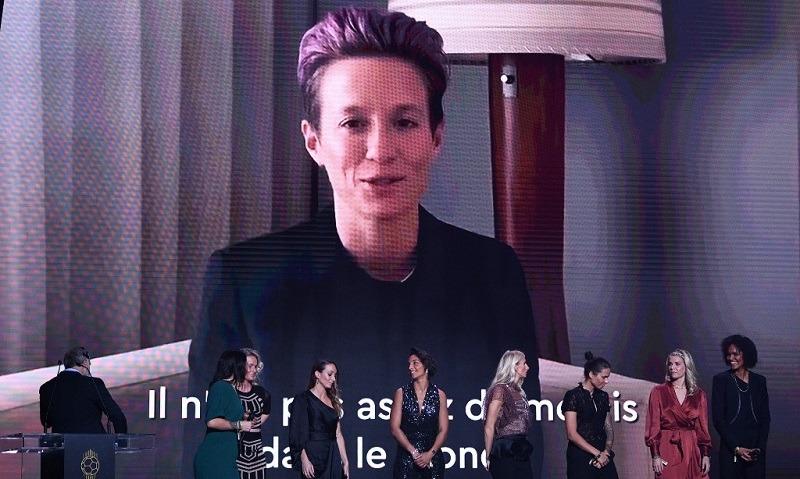 A video of Reign FC's US midfielder Megan Rapinoe is displayed after she won the Ballon d'Or France Football 2019 women's trophy at the Chatelet Theatre in Paris on Dec 2, 2019. (FRANCK FIFE / AFP)

Rapinoe won the women’s Ballon d’Or for leading the United States to World Cup glory in July. She scored six goals in the championship, earning her the Golden Boot as the top scorer and the Golden Ball as the top player.

“I’m so sad I can’t make it tonight,” Rapinoe said on video. “I’ll do my best to get there next year.”

France Football magazine has been awarding the Ballon d'Or since 1956 and created a women's award for the first time last year when Norway's Ada Hegerberg won it. Hegerberg was fourth this time. Lucy Bronze of England was second, and Alex Morgan third.

Juventus defender Matthijs De Light won the Kopa Trophy for the best under-21 player, and the inaugural Yashin Trophy given to the year's best men's goalkeeper went to Liverpool’s Alisson.