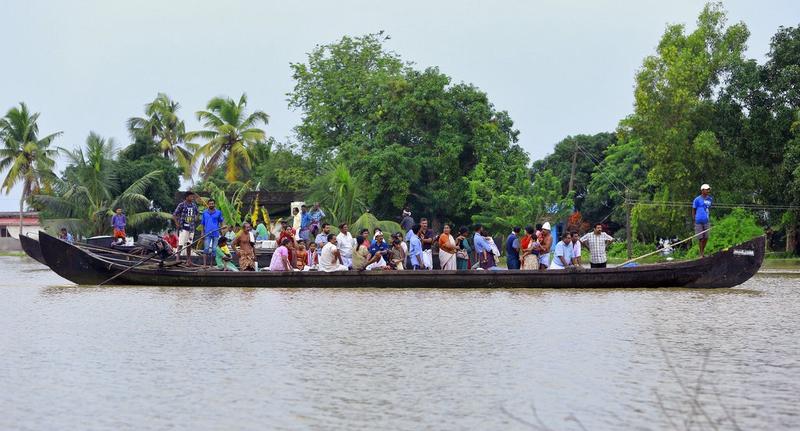 People wait to be rescued in a boat in a flooded area at Kainakary in Alappuzha district, Kerala state, India, Aug 17, 2018. (TIBIN AUGUSTINE / AP)

CHENGANNUR, India — Some 800,000 people have been displaced and over 350 have died in the worst flooding in a century in southern India's Kerala state, as authorities rushed to bring drinking water to the most affected areas, officials said Sunday.

At least two trains carrying about 1.5 million liters of water were moving to the flooded areas

At least two trains carrying about 1.5 million liters of water were moving to the flooded areas from the neighboring states of Madhya Pradesh and Maharashtra, Indian railway official Milind Deouskar said, according to the Press Trust of India news agency.

READ MORE: Over 160 die in India's worst floods in century

Thousands of rescuers were continuing efforts to reach out to stranded people and get relief supplies to isolated areas by hundreds of boats and nearly two dozen helicopters, said PH Kurian, a top disaster management official in Kerala. He said weather conditions had improved considerably and expected the nearly 10,000 people still stranded to be rescued by Monday.

An estimated 800,000 people were sheltered in some 4,000 relief camps across Kerala, Kurian said. 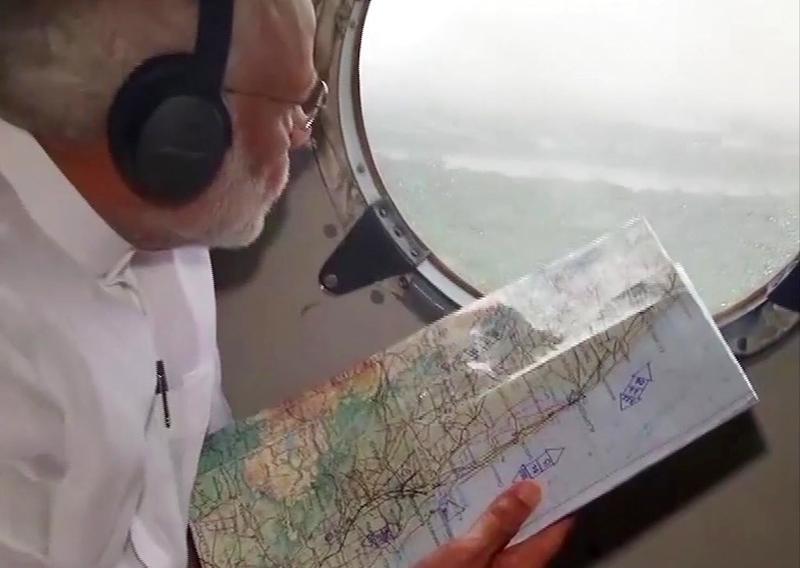 In this image from video, a man helps explain the terrane below, as Indian Prime Minister Narendra Modi looks out from inside a helicopter during an aerial survey of flood-affected areas in Kerala, southern India, Aug 18, 2018. (DOORDARSHAN VAI AP)

Weather officials have predicted more rains across the state through Monday morning.

The downpours that started Aug 8 have triggered floods and landslides and caused homes and bridges to collapse across Kerala, a picturesque state known for its quiet tropical backwaters and beautiful beaches.

Officials estimate that more than 10,000 kilometers of roads have been damaged. One of the state's major airports, in the city of Kochi, was closed this past Tuesday due to the flooding. It is scheduled to remain closed until Aug 26. 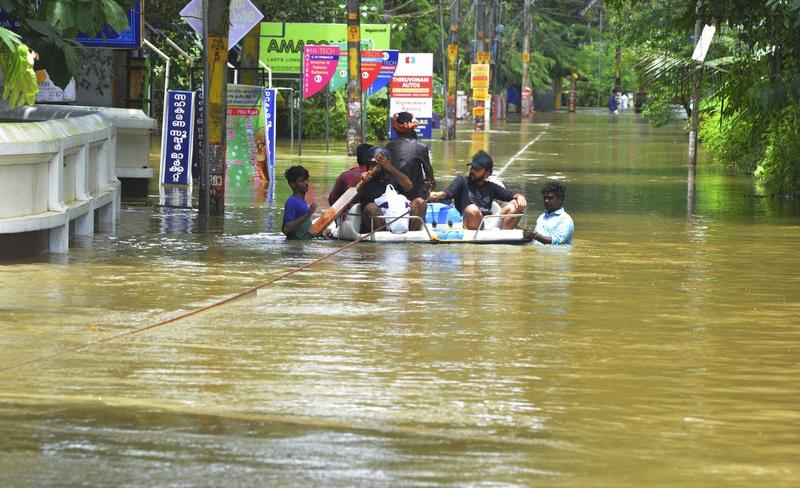 People move past a flooded area in Thrissur, in the southern Indian state of Kerala, Aug 17, 2018. (PHOTO / AP)

The Indian government said a naval air base in Kochi will be opened for commercial flights starting Monday morning.

Prime Minister Narendra Modi inspected the flooded landscape from a helicopter on Saturday and met with the state's top officials, promising more than US$70 million in aid. While the central government has dispatched multiple military units to Kerala, state officials are pleading for additional help. 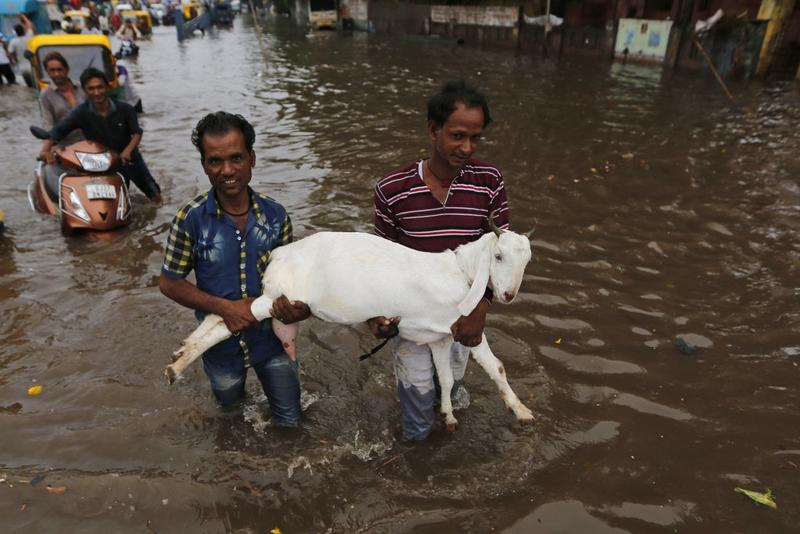 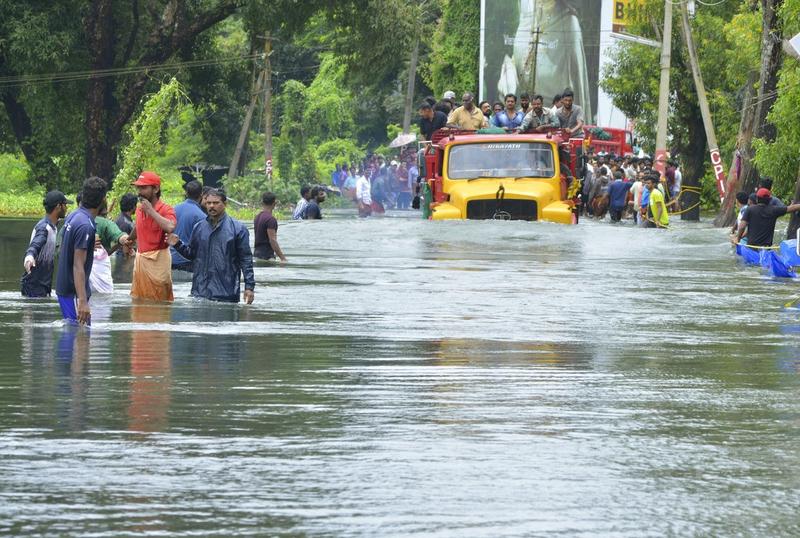 A truck carries people past a flooded road in Thrissur, in the southern Indian state of Kerala, Aug 18, 2018. (PHOTO / AP)