Kim orders ROK buildings at resort in DPRK 'be destroyed' 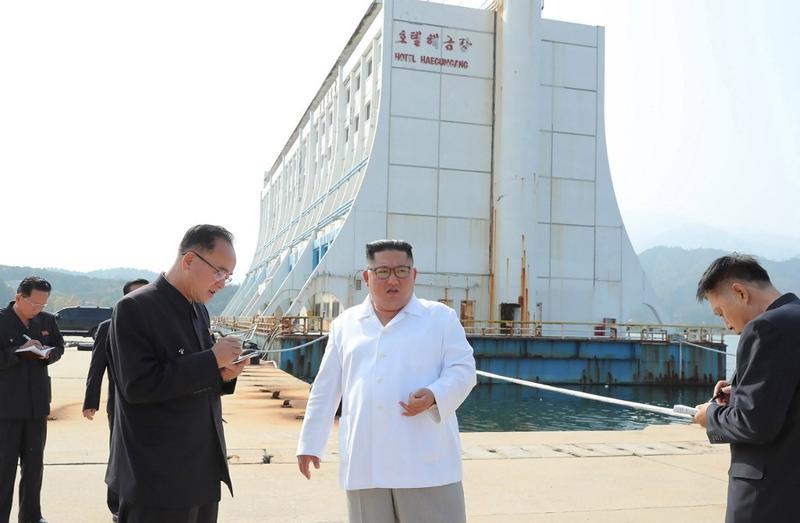 Pyongyang's official Korean Central News Agency said Wednesday that Kim had visited the resort and described its facilities as "shabby" and lacking national character. According to the report, Kim criticized DPRK's policies pushed under his late father as too dependent on ROK.

Kim instructed officials to entirely remove the "unpleasant-looking facilities" built by ROK at DPRK's Diamond Mountain resort after discussing the matter with ROK officials and construct "new modern service facilities our own way that go well with the natural scenery of Mt. Kumkang," the KCNA said

Kim instructed officials to entirely remove the "unpleasant-looking facilities" built by ROK after discussing the matter with ROK officials and construct "new modern service facilities our own way that go well with the natural scenery of Mt. Kumkang," the KCNA said.

"(Kim) said that the buildings are just a hotchpotch with no national character at all, and that they were built like makeshift tents in a disaster-stricken area or isolation wards," the agency said.

Kim's comments came during a prolonged freeze in relations with Seoul and are a major setback to liberal ROK President Moon Jae-in, who met Kim three times last year while expressing ambitions to reboot inter-Korean economic engagement, which looks increasingly less likely amid faltering nuclear negotiations between Washington and Seoul. 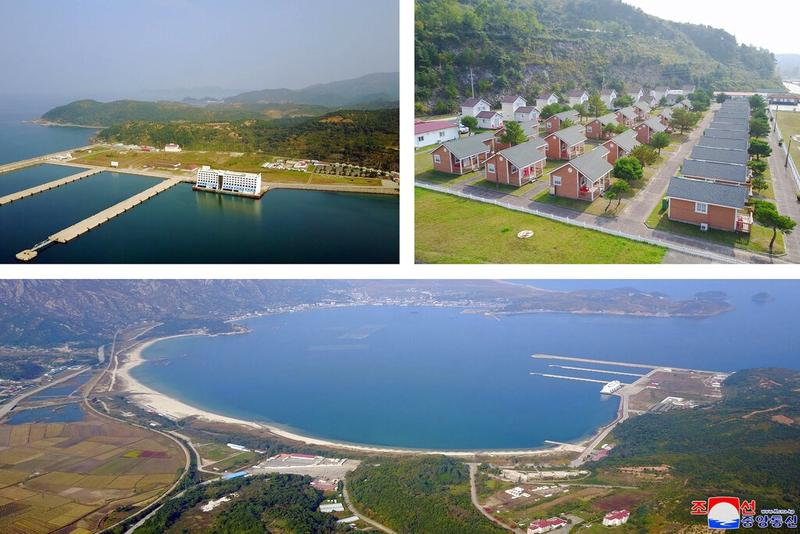 ROK officials held back direct criticism on Kim's remarks, saying they need to take a closer look at DPRK's intent.

Lee Sang-min, spokesman for Seoul's Unification Ministry, said ROK will "actively defend the property rights of our people" and plans to accept any proposed talks by the DPRK over the facilities. He didn't offer a specific answer when asked whether ROK could do anything to stop the DPRK if it begins to tear down the facilities unilaterally.

ROK's government and companies have built about a dozen tourist facilities in the Diamond Mountain area to accommodate the tours that began in 1998, including hotels, restaurants, spas, a concert hall and a golf course. The DPRK said it froze and confiscated all ROK properties at the resort in 2010 after blaming Seoul for the continued suspension in tours.

Experts are mixed on whether the DPRK is really intending to independently develop tourism at Diamond Mountain or trying to dial up pressure on ROK to restart the tours and upgrade the aging facilities.

Tours to Diamond Mountain were a major symbol of cooperation between the Koreas before ROK suspended them in 2008 after a DPRK guard fatally shot a ROK tourist there.

Seoul can't restart inter-Korean economic activities without defying US-led international sanctions against Pyongyang, which have been strengthened since 2016 when the DPRK began speeding up its nuclear and missile tests.

Eerily silent now are the Kumgangsan Hotel, with its theater, karaoke room, mountain murals and crystal chandeliers, as well as the resort's restaurants, spas and golf course. The resort drew only a fraction of the 500,000 tourists projected to come annually and it lost millions of dollars for ROK investors.

Cheong Seong-chang, a DPRK expert at ROK's private Sejong Institute, expected the DPRK to soon arrange talks to demand that ROK tear down its buildings at Diamond Mountain. The DPRK clearly wants to replace them with its own modern facilities, possibly similar to the ones that have recently popped up in the northern county of Samjiyon and eastern coastal town of Wonsan, he said.

"It has become difficult for the Diamond Mountain tourism to remain as a symbol of inter-Korean reconciliation and cooperation," Cheong said, adding that Kim is preparing for the possibility of prolonged sanctions and stalemated relations with ROK. 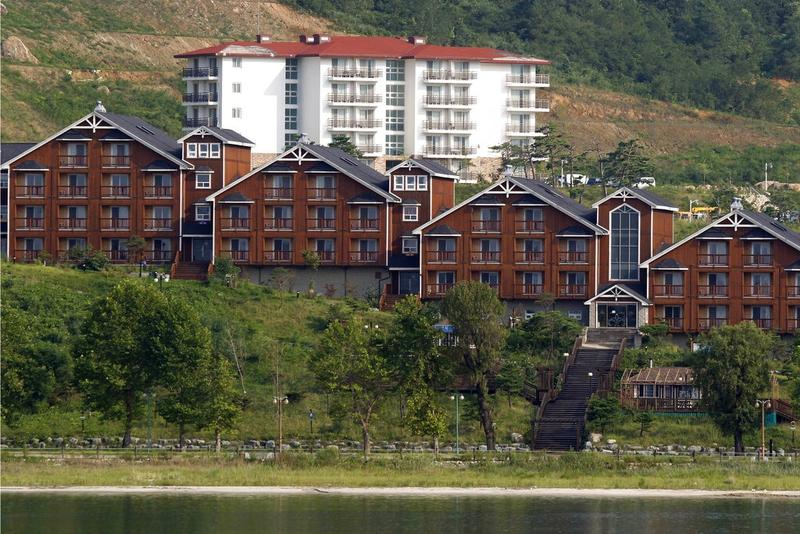 The DPRK could also possibly demand ROK to remove its facilities at an inter-Korean factory park in DPRK border town of Kaesong, which was shut down by Seoul's previous conservative government in 2016 following a DPRK nuclear test, Cheong said.

But Lim Soo-ho, an analyst from ROK's Institute for National Security Strategy, a think tank affiliated with Seoul's main spy agency, said the DPRK would struggle to develop the area without the help of ROK considering its lack of resources.

Tourism at Diamond Mountain, on the eastern coast near the inter-Korean border, will always mainly depend on ROK travelers as DPRK's poor transportation links make it difficult to bring Chinese visitors there, Lim said.

"Kim wants to develop a huge tourism region that encompasses Diamond Mountain and (the eastern coastal town of) Wonsan, but it would require the construction of major transport infrastructures to move tourists from the newly built Wonsan Kalma Airport to the Diamond Mountain area," he said. "That would be extremely difficult under current sanctions."

In a summit last September in Pyongyang, Kim and Moon vowed to restart ROK tours to Diamond Mountain and normalize operations at the Kaesong factory park, voicing optimism that US-led sanctions could end and allow such projects.

Kim raised the subject again during his New Year's speech this year, saying that Pyongyang was ready to restart the projects "without any precondition" while making a nationalistic call for stronger cooperation between the Koreas.

But without a breakthrough in the nuclear talks, the economic projects remain shelved, and the DPRK has suspended virtually all diplomacy and cooperation with ROK while demanding Seoul break away from its ally Washington and restart inter-Korean economic activities.