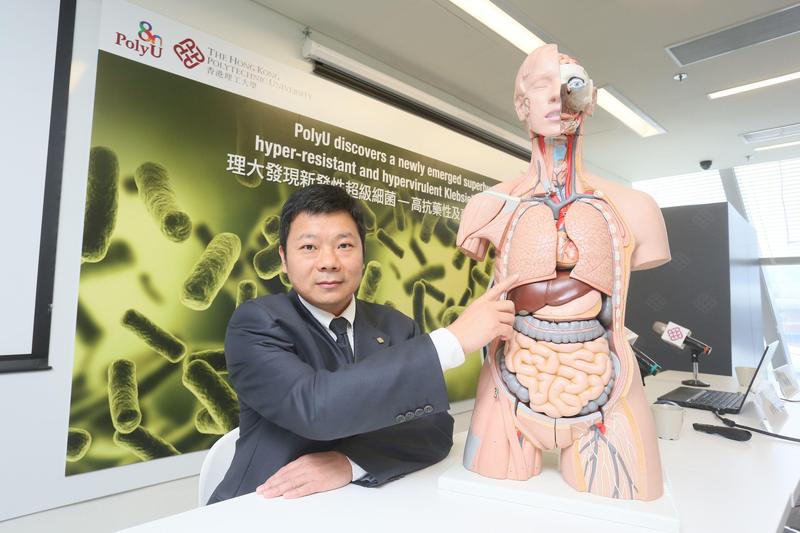 HONG KONG - A highly drug-resistant, highly-virulent and highly transmissible superbug has been identified as the source of untreatable infections among healthy individuals, the Hong Kong Polytechnic University (PolyU) announced on Thursday.

The superbug, known as ST11 CR-HvKP, infects the lungs, causing pneumonia, and then invades the bloodstream and other internal organs, leading to multiple organ failure and the demise of the patient.

It is still unknown whether the superbug exists in the city or not, according to the research staff at PolyU, who will track the superbug with local clinical medics.

Although the means of transmission was not yet clear, data suggested that medical equipment such as ventilators and different catheters might be transmitting new superbug strains

The deadly superbug was discovered during an investigation of an outbreak that killed five patients in Hangzhou, Zhejiang province.

The superbug is capable of causing untreatable and sometimes fatal infections among even relatively healthy individuals with normal immunity, according to a co-research done by PolyU and the Second Affiliated Hospital of Zhejiang University.

Although the means of transmission was not yet clear, data suggested that medical equipment such as ventilators and different catheters might be transmitting new superbug strains, since the virus may become attached to the surface of medical devices and tubing, as well as other surfaces in Intensive Care Units, where the outbreak took place.

Chen Sheng, professor at PolyU’s Department of Applied Biology and Chemical Technology and principal research member involved in the study, said antibiotic – ceftazidime / avibactam - might be effective to fight the superbug. But the strains could develop resistance to this antibiotic, according to US clinical studies.