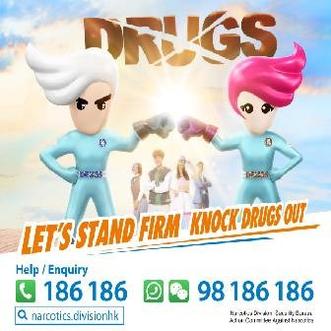 Historic achievements made in implementation of ‘one country, two systems’

In a press conference held by the Hong Kong and Macao Affairs Office of the State Council on Tuesday, Huang Liuquan and Wang Linggui, deputy directors of the office, reviewed the “historic achievements” and “historic shifts” in the practice of “one country, two systems” in the Hong Kong and Macao special administrative regions since the 18th National Congress of the Communist Party of China, which are summarized as follows: an upgrade in the relevant theories, the optimization of the relevant institutional framework, the maintaining of stability and prosperity in both SARs, and the acceleration of both SARs’ integration into national development.

A correct and comprehensive understanding of these achievements and changes will no doubt be of great help to Hong Kong society in correctly understanding the principles and gist of “one country, two systems”, as well as in enhancing confidence in this innovative political framework.

Over the past decade, President Xi Jinping has put forward many new concepts, new ideas and new strategies that have effectively upgraded the theories on the implementation of “one, country, two systems” in Hong Kong and Macao. For example, in his speech delivered at the assembly marking the 20th anniversary of Hong Kong’s return to China, he clearly pointed out that “we should ensure the success of both the socialist mainland and capitalist Hong Kong” when elaborating the gist of “one country, two systems”. He also emphasized the need to have a “correct understanding of the relationship between ‘one country’ and ‘two systems’, noting that “‘one country’ is like the roots of a tree. For a tree to grow tall and luxuriant, its roots must run deep and strong”.

At the celebration of the 25th anniversary of the reunification, Xi stressed that the first principle of “one country, two systems” is to safeguard national sovereignty, security and development interests, saying that the more firmly the “one country” principle is upheld, the greater strength the “two systems” will be unleashed for the development of the SARs. These remarks highlighted the alignment of national interests and those of Hong Kong. In short, when the country prospers, Hong Kong thrives; and when Hong Kong fares well, the country fares better.

“One country, two systems” has ridden out one storm after another over the past decade, from the illegal “Occupy Central” movement in 2014 and the Mong Kok riot in 2016 to the “black-clad” riots in 2019. These tumultuous years were characterized by the gradual erosion of the very foundation of “one country” by anti-China forces and local subversives who flagrantly colluded with external forces in launching a “color revolution” in Hong Kong among other subversive activities. Those subversive campaigns or activities laid bare the serious loopholes in Hong Kong’s institutional framework, which allowed the saboteurs to thwart the national security legislation as required by Article 23 of the Basic Law, and infiltrate the SAR’s governing system through election.

Confronted by the political turmoil in Hong Kong, the central government had to take bold actions and shift to a more hands-on approach in exercising its comprehensive jurisdiction over the SAR. The promulgation of the National Security Law for Hong Kong has helped keep the city’s separatist forces at bay, and restored peace and order to the city. The subsequent overhaul of Hong Kong’s electoral system has in effect set up a “firewall” that puts an end to the infiltration of pro-independence forces into the political establishment.

Confronted by the political turmoil in Hong Kong, the central government had to take bold actions and shift to a more hands-on approach in exercising its comprehensive jurisdiction over the SAR. The promulgation of the National Security Law for Hong Kong has helped keep the city’s separatist forces at bay, and restored peace and order to the city

The Basic Law defines the principles of “one country, two systems”, “Hong Kong people administering Hong Kong” and a high degree of autonomy. However, the imperfections in the implementation mechanism have been exploited by the saboteurs who deliberately created misunderstanding by misinterpreting those principles. To set things right, Xia Baolong, director of the Hong Kong and Macao Affairs Office of the State Council, has specifically expounded on the criteria for “patriots administering Hong Kong”, among other precepts. The successful completion of the elections for the Election Committee, the Legislative Council and the chief executive is, in essence, the materialization of “patriots administering Hong Kong”.

The world-recognized success of “one country, two systems” comes in threefold.

First, it has cemented and amplified Hong Kong’s traditional advantages. For example, thanks to the city’s robust common law system, international arbitrations made in the city are recognized by more than 140 countries. Hong Kong has also kept its free market intact and has been repeatedly ranked the world’s freest economy. The city’s renowned reputation as an international finance, shipping and trade center has been further strengthened and continues to expand in influence with the staunch backing of the central government.

Second, Hong Kong is making good progress in building up new strengths. The country’s 14th Five-Year Plan (2021-25) has spelled out its support for Hong Kong to, in conjunction with consolidating its “traditional four centers” of finance, shipping, trade, and legal and dispute resolution services, develop “four new international hubs”; namely, an international aviation hub, an international innovation and technology hub, a regional intellectual property trading hub, and a hub for arts and cultural exchanges between China and the rest of the world.

Third, Hong Kong has invariably overcome every crisis with the support of the central government, including the Asian financial crisis in 1997-98, the global financial tsunami in 2008-09, and the fifth wave of the COVID-19 pandemic.

Over the past 10 years, the central authorities have attached great importance to the development of the two SARs. Both the national 13th Five-Year Plan (2016-20) and 14th Five-Year Plan devoted a special chapter to the development of Hong Kong and Macao with specific guidelines on how the two SARs can get on the “express train” of national development and benefit from the process. To this end, the blueprint of the Guangdong-Hong Kong-Macao Greater Bay Area, which is pioneered by President Xi, designates a significant role for Hong Kong. Meanwhile the central government has rolled out numerous policies and measures to facilitate Hong Kong and Macao residents to work, study and live on the mainland.

No fair-minded people would argue against the conclusion that the practice of “one country, two systems” has been successful, notwithstanding the challenges encountered.

The author is a Hong Kong member of the National Committee of the Chinese People’s Political Consultative Conference and chairman of the Hong Kong New Era Development Thinktank.