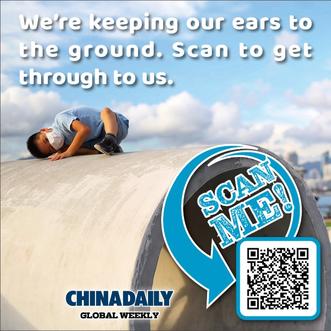 Among some circles, it is believed that Hong Kong’s road to democracy has ended with the introduction of the National Security Law for Hong Kong, which has effectively excluded anyone who opposes China’s model of governance from running for elections. But such thoughts are entirely based on the assumption that the ballot box is the only way to true democracy.

However, while we all cherish equality and freedom, the ballot box has proved ineffective in protecting lives, ensuring peace, eradicating poverty, and protecting the environment. Notwithstanding the United States Declaration of Independence, which says: “We hold these truths to be self-evident, that all men are created equal, that they are endowed by their Creator with certain unalienable Rights, that among these are Life, Liberty and the pursuit of Happiness,” the US has failed to protect its people from the COVID-19 pandemic and gun violence. Homelessness and abject poverty continues. Life expectancy declined to new lows in recent history last year. Its infrastructure is in disrepair. It is commonly acknowledged that democracy in the US has catered to the interests of big business and elites rather than the man in the street.

Notwithstanding the fact that the American Declaration of Independence was ratified as early as July 4, 1776, throughout history, equality has been the exception rather than the rule. Those who were able to completely dominate over others and benefit from such privileged powers and positions do not treasure equality. The American Civil War broke out in 1861. The US had to wait until the 13th Amendment of 1865 to officially abolish slavery.

The Western world is not short of philosophers who truly value equality and freedom. One can actually find a lot in common between Greek Stoic philosophy with Confucian ethics. Many teachings in Christianity are in the spirit of Confucianism. For example, the Golden Rule that Jesus preached during his Sermon on the Mount states: “Do unto others as you would have them do unto you.” This certainly brings to mind the Confucian teaching: “Do not do unto others what you don’t want others to do unto you.”

Unfortunately, politicians rarely do what they preach. The slave trade, the opium wars, colonization, apartheid, and genocides of indigenous people in North America, South America and Australia make us shiver in astonishment. Fortunately, however, the time of awakening has gradually arrived. For the first time, there appears to be a chance that “the self-evident truths” mentioned in the Declaration of Independence might see the light of the day. Recently, New Mexico politician Deb Haaland, a Native American, was confirmed as interior secretary of the US — the first time a Native American was ever given a Cabinet appointment. She now oversees the management of over 500 million acres of public land, much of which was seized from indigenous people, and the Bureau of Indian Affairs, which services the 574 federally recognized Native tribes as well as the 1.9 million American Indians and Alaska Natives in the country.

Gerald Sussman, a professor at Portland State University, however, saw little basis for being sanguine. In an article written in 2014 in The New York Times, he lamented: “The initiative taken by President Harry Truman with the creation of the CIA and other covert instruments of the state to broaden the military presence of the United States has been taken up by every subsequent American president acting as commander in chief of US military bases around the world. … ‘(D)emocracy promotion’ by the United States is recognized throughout most of the world as an effort to bring untapped regions of the world into the orbit of transnational capital and industry.”

Professor Sussman’s plea to “Respect the Sovereignty of Nations” continues to be ignored. But this principle is recognized in the Charter of the United Nations. Sovereignty means that each nation has the right to choose its own political system, and no country has the right to dictate its will on another country.

Following this principle of respect for the sovereignty of nations, and the universal values of equality and fair play, President Xi Jinping has been a strong advocate for the vision of “shared human destiny”. A starting point for putting these ideals into practice is first to amend the Universal Declaration of Human Rights, which should respect each country’s choice of its own political system.

We must not confuse the means to achieve equal political rights with the ends of equal political rights. I hope a joint effort will be made to amend Article 21 of the UDHR, which instead of saying “Everyone has the right to take part in the government directly or through freely chosen representatives,” should read “Everyone has the equal right to political participation”; and instead of “The will of the people should be the basis of government authority, ... It calls for periodic, genuine elections with universal suffrage and secret ballot, and also establishes that everyone has the right to equal access to public service,” should read “The will of the people shall be the basis for governance. The government must serve its people’s best interests and respect their rights to life and to participation in social, economic, cultural, and political affairs.”