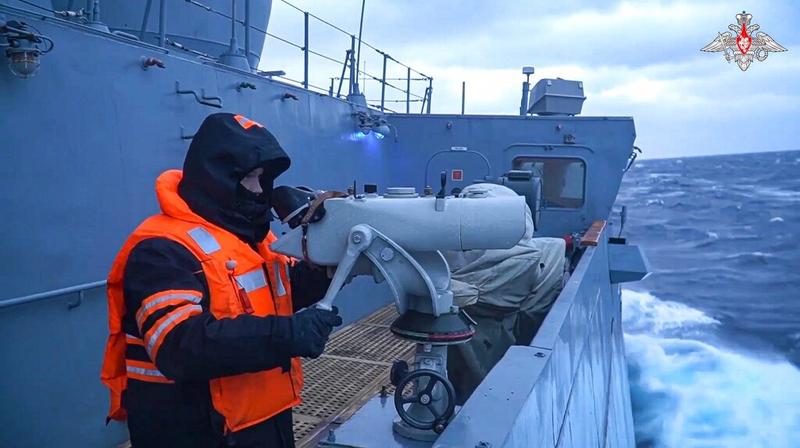 In this handout photo taken from video released by Russian Defense Ministry Press Service on Jan 10, 2023, a sailor is on duty onboard of the Admiral Gorshkov frigate of the Russian navy. (RUSSIAN DEFENSE MINISTRY PRESS SERVICE VIA AP)

In a statement, the ministry said the frigate had run a computer simulation on hypersonic Zircon missiles.

READ MORE: TASS: Russia's newest nuclear submarine on its way to base in Arctic

Zircon missiles have a range of 900 km, and can travel at several times the speed of sound, making it difficult to defend against them. The statement did not say the frigate had launched a missile.