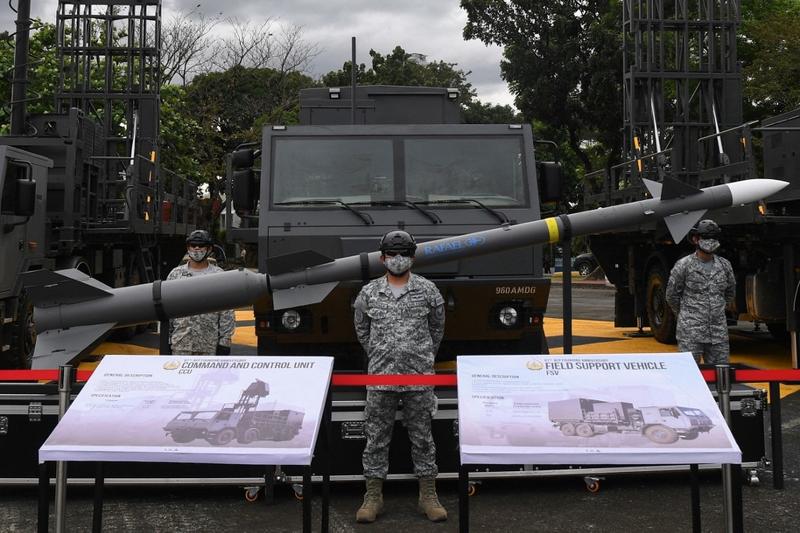 In this Dec 19, 2022 photo, Philippine air force personnel stand next to the SPYDER Philippines Air Defense System (SPADS) on display during the 87th anniversary celebration of the Armed Forces of the Philippines, at the military headquarters in Quezon City in suburban Manila. A Philippine Air Force plane crash-landed in Bataan province during a flight training on Wednesday, a military spokesperson said. (PHOTO / AFP)

MANILA – A Philippine Air Force (PAF) plane crash-landed in Bataan province during flight training on Wednesday, a military spokesperson said.
PAF spokesperson Ma Consuelo Castillo said in a statement that an SF260 aircraft with two pilots aboard went down in Bataan province, west of Manila, around 10:34 am local time.

Castillo said the plane took off from a military base in Sangley Point in Cavite province around 9:59 am local time. She said the aircraft was one of the PAF's attack planes under the 15th Strike Wing.
"We lost track of the plane more than 30 minutes into their flight," she added.
Castillo did not confirm whether the two pilots were killed in the accident or not.
Local radio DZBB said the plane's wreckage was found in Pilar town in Bataan with the bodies of the two pilots, which looked lifeless.

On Tuesday afternoon, a six-seater private plane went missing in Isabela province, north of Manila. A search and rescue operation is on to find the Cessna plane, the pilot, and its five passengers.