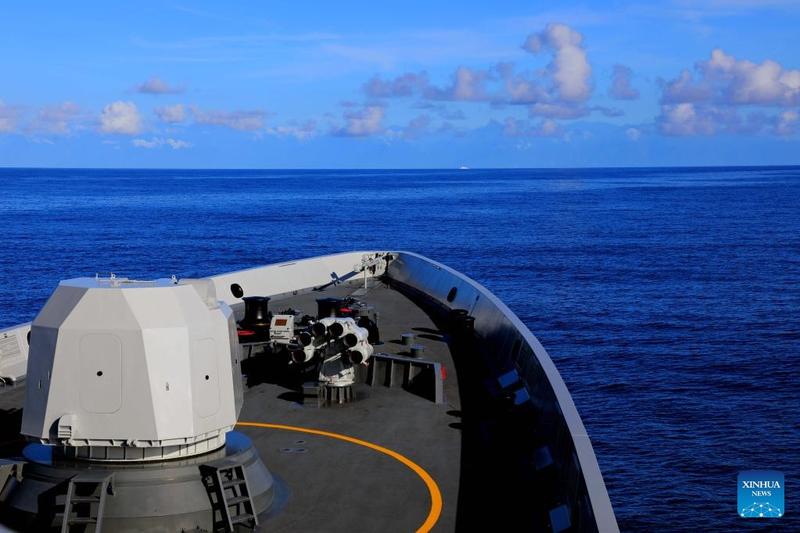 A warship of the navy of the Eastern Theater Command of the Chinese People's Liberation Army (PLA) conducts operations during joint combat exercises and training around the Taiwan Island, Aug 6, 2022. (LIN JIAN / XINHUA)

JOHANNESBURG - South Africa will host the naval forces from China and Russia during the multilateral maritime exercise scheduled to take place next month in Durban and Richards Bay in KwaZulu-Natal, according to the country's Ministry of Defense and Military Veterans.

Known as Exercise Mosi II, the multilateral maritime exercise will take place from Feb 17 to 27, and more than 350 South African soldiers will join their Chinese and Russian counterparts in the exercise, the ministry said in a statement released Sunday.

"The envisaged exercise will benefit all countries involved through Interoperability of the naval systems, joint disaster systems management enhancement, maritime cooperation and anti-piracy exercises," Minister of Defense and Military Veterans Thandi Modise said in the statement.

South Africa conducted the first exercise with naval forces from China and Russia in November 2019 in Cape Town.