New rendition of La Boheme to present a post-apocalyptic Paris

By Zhang Kun in Shanghai 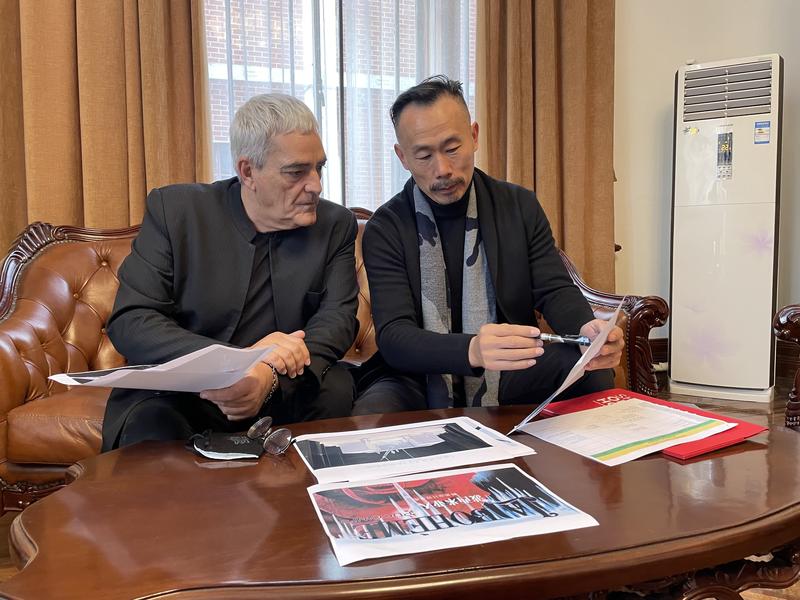 A new opera production of La Boheme will premiere at the Shanghai Grand Theater on Feb 10.

The performance, which will take place up to Feb 12, will mark the opening of the Shanghai Opera House's new season this year.

La Boheme and another production titled Tosca, which will be performed from Feb 24 to 26, will feature leading singer Shi Yijie as the tenor. Sopranos Zhou Xiaolin and Yang Qi will play the heroine in La Boheme while He Hui will take on the role of the title character in Tosca.

Both productions will be conducted by Xu Zhong, president of the Shanghai Opera House.

This is the second time Carniti is working with the Shanghai Opera House. The first was in 2015 when he directed an outdoor production of La Traviata that was presented on the Bund.

The set for this production of La Boheme, which features a post-apocalyptic Paris covered in ice, was designed by Chinese director Yang Jingze himself and reflects the climate change issues the world faces today. Yang is also the artistic designer of the production.

According to Carniti, two important elements — coldness and poverty — form the background of the story, in which love is created and destroyed by these elements.

First performed in 1840, La Boheme was created by Italian composer Giacomo Puccini and is today still one of the most frequently performed operas around the world. Artists have throughout the decades been constantly looking for new designs, expressions and ideas for the classical artwork, and this was why Yang decided to place the characters who are painters, poets, musicians and philosophers in a post-apocalyptic futuristic setting.

"Although Paris is frozen, these surviving artists are still full of hope for the future, with the flame of love burning inside them," he says.

The new setting has been inspiring for the singers, too, Yang notes.

"Having sung celebrated arias such as Che Gelida Manina thousands of times, the singers already know the opera very well, but that was not necessarily good for their performance. We wanted to ignite new creative passion in them, and inspire their desire for fresh expression," he adds.

According to Carniti, he had been remotely collaborating with the Shanghai Opera House and Yang for more than a year because of the pandemic.

As soon as he learned about China's loosening of travel restrictions, the Italian quickly took a flight from Rome to Shanghai on Jan 9.

He plans to spend a month in the city directing La Boheme and experiencing his first Spring Festival in China.

Despite the pandemic, the Shanghai Opera House has been constantly collaborating with international artists and directors via the internet to create productions such as Don Giovanni, Cavalleria Rusticana, The Land of Smiles and Turandot.

"The Shanghai Opera House has worked resourcefully to tackle a host of challenges since 2020, and we have never neglected international collaborations and communications," says Zhao Lei, Party secretary of the opera house.

"Now that we have easier international travel, I believe there will be more efficient and frequent international collaborations, and we will forge closer ties with the global opera world, which will bring more happy surprises to the theater scene in China," Zhao adds.