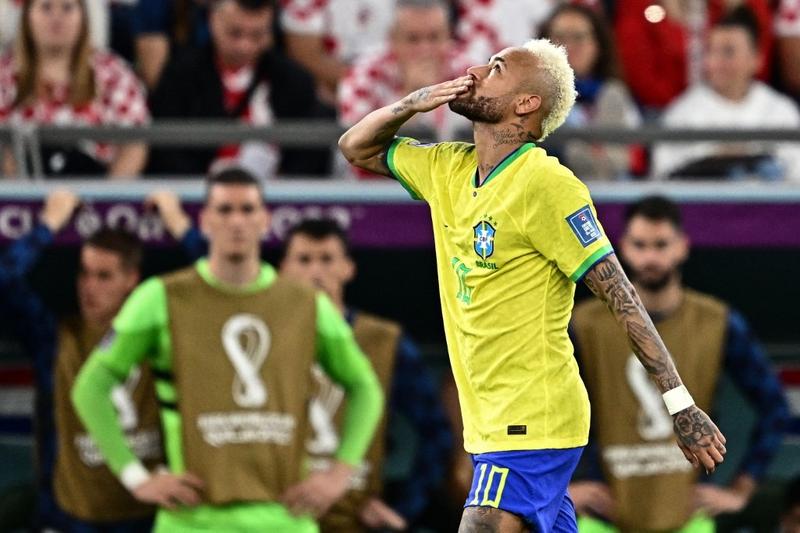 AL RAYYAN, Qatar - Neymar scored in extra time as Brazil were winning 1-0 against Croatia in their World Cup quarter-final on Friday to reach 77 goals and draw level with Pele as the team's top scorer, a record held by the Brazilian great for 51 years.

The 82-year-old football icon, who is hospitalized in delicate conditions in Sao Paulo due to cancer, scored his last goal for Brazil in a friendly against Austria in 1971.

The 30-year-old Neymar reached 77 goals in his 124th appearance as he is bidding to win his first World Cup title and help Brazil reach a record-extending sixth championship, 20 years after they last won the title in 2002.