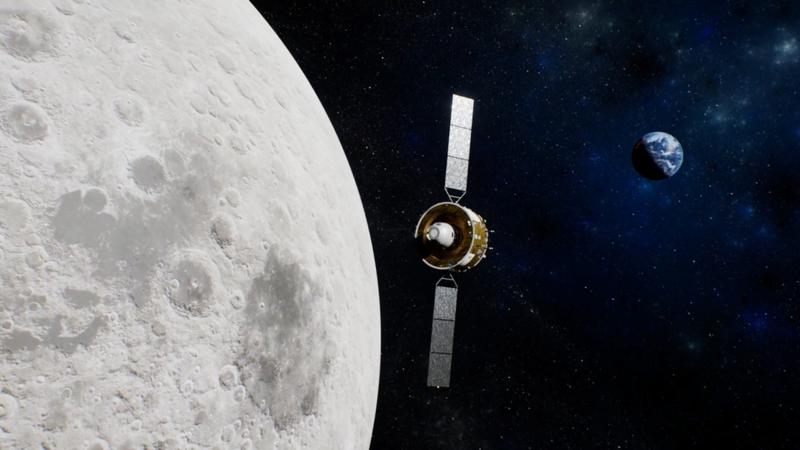 BEIJING - China will carry out more deep space exploration missions in the next 10 to 15 years, said Wu Weiren, chief designer of China's lunar exploration program and academician of the Chinese Academy of Engineering, in a recent interview.

Wu said China has planned the fourth stage of its lunar exploration program, including Chang'e-6, Chang'e-7, and Chang'e-8.

Among them, Chang'e-6 is set to collect samples from the far side of the moon and bring them back to Earth. If successful, it will be the first time for mankind to achieve such a mission, said Wu.

"Chang'e-5 retrieved 1,731 grams of lunar soil from the near side of the moon. We hope Chang'e-6 will collect more samples from the far side, aiming to achieve a goal of 2,000 grams," he said.

Chang'e-8, which will be launched around 2028, will form the basis of a scientific research station at the moon's South Pole with Chang'e-7, said Wu Weiren, adding that the station will include a lunar orbiter, lander, rover, a flying vehicle, and multiple scientific instruments

Chang'e-8, which will be launched around 2028, will form the basis of a scientific research station at the moon's South Pole with Chang'e-7, said Wu, adding that the station will include a lunar orbiter, lander, rover, a flying vehicle, and multiple scientific instruments.

"We hope to cooperate with other countries to build an international lunar scientific research station by 2035 and realize joint design, joint survey, scientific data sharing, and joint management of the station," said Wu.

According to Wu, China is studying the feasibility of building internet communications on the moon to integrate data relay, navigation, and remote sensing, which is expected to achieve effective management of the lunar probes. 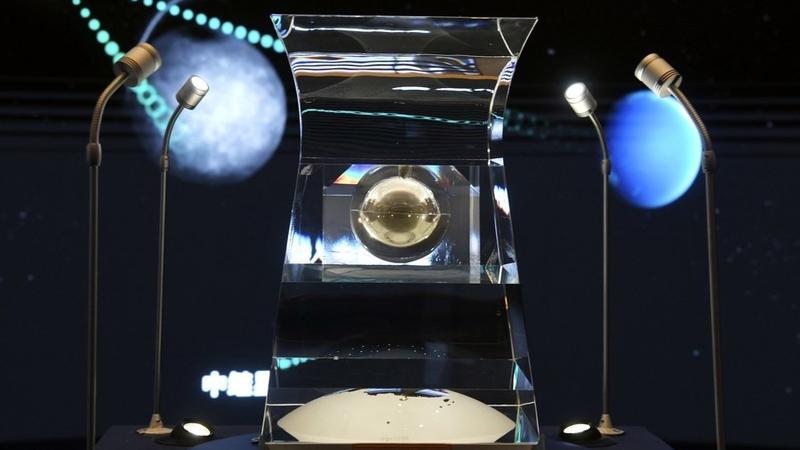 The lunar samples No 001 brought back by China's Chang'e-5 probe is displayed at the National Museum of China in Beijing, China, Feb 27, 2021. (JIN LIANGKUAI / XINHUA)

On small celestial bodies, Wu said China plans to have asteroid sampling in the next 10 to 15 years and is preparing to carry out a planetary defense mission which will have an overall plan for the detection, early warning, and deflecting of small celestial bodies posing potential threats to Earth.

Meanwhile, China also plans to retrieve samples from Mars and carry out interplanetary exploration of Jupiter and Uranus. Exploration of our sun and sending a probe to the edge of the solar system are also in contemplation, said Wu.

"We will also develop a heavy-lift launch vehicle with a takeoff thrust of about 4,000 tonnes, to send astronauts to the moon and Mars, " added Wu.