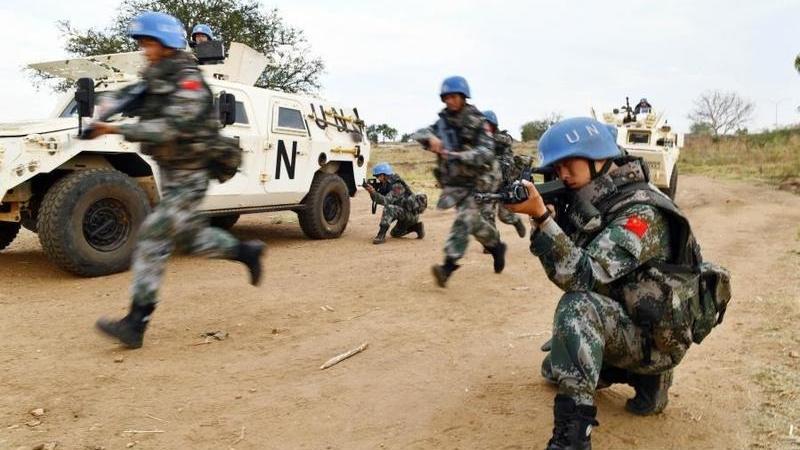 UNITED NATIONS — China on Wednesday paid in full the assessments for the existing 11 United Nations peacekeeping operations in fiscal year 2022/2023 for the previously mandated period early before, said the Chinese Permanent Mission to the United Nations.

Prior to this, China has paid in full the assessments of contributions for regular budget and the International Residual Mechanism for Criminal Tribunals, the mission said.

China has always been a builder of world peace, a contributor to global development, a defender of international order and a provider of public goods

"It shows China's steadfast support to the work of the UN and multilateralism, demonstrating a sense of responsibility as a major country," the mission said.

It noted that as the second largest contributor to the UN regular budget and peacekeeping assessments, a permanent member of the Security Council and the largest developing country, China always actively fulfills its financial obligations to the UN.

China has always been a builder of world peace, a contributor to global development, a defender of international order and a provider of public goods. The Communist Party of China successfully held its 20th National Congress in October this year, which outlined important strategic plans for China's future development, reaffirming that China always promotes and practices true multilateralism, remains actively engaged in the reform and construction of the global governance system, and firmly upholds the UN-centered international system, the international order underpinned by international law, and the UN's central role in international affairs, the mission said.

China has always been promoting to resolve the hot-spot issues by political means, and is an active participant and important contributor to UN peacekeeping operations. Being the largest Troop Contributing Country among the permanent members of the Security Council, China attaches great importance to peacekeeping work. China supports the UN in strengthening peacekeeping capacity building and promoting the safety and security of peacekeepers, and appeals the international community to increase investment and take actions in this regard, it said.

China calls for continuous improvement of the UN's financial situation and strengthening of budget management, and supports the UN in playing a greater role in addressing global challenges. China hopes that other member states, especially major contributors, pay their assessments in full and on time, so as to set examples and support the UN in playing its core role, said the mission.