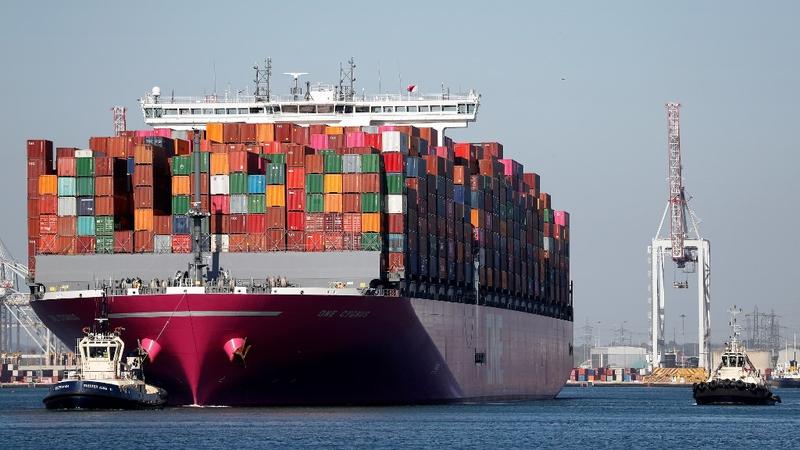 GENEVA - The World Trade Organization forecast a slowdown of global trade growth next year as sharply higher energy and food prices and rising interest rates curb import demand, and warned of a possible contraction if the conflict in Ukraine worsens.

The Geneva-based trade body said on Wednesday that merchandise trade would increase by 3.5 percent this year, up from its April estimate of 3.0 percent. However, for 2023, it sees trade growth of just 1.0 percent, compared with a previous forecast of 3.4 percent.

The WTO said there was high uncertainty over its forecasts. It provided a band of trade growth expansion of 2.0 percent to 4.9 percent for this year and of -2.8 percent to 4.6 percent for 2023

The WTO said there was high uncertainty over its forecasts. It provided a band of trade growth expansion of 2.0 percent to 4.9 percent for this year and of -2.8 percent to 4.6 percent for 2023.

"The picture for 2023 has darkened considerably," WTO director-general Ngozi Okonjo-Iweala told a news conference, adding that risks for next year's forecast were more on the downside.

If the conflict in Ukraine worsens, “rather than gets better, that's going to have a huge impact," she said.

She said the world needed a more diversified and less concentrated base for production of goods and services, which should boost growth, increase resilience and promote long-term price stability by mitigating exposure to extreme weather events and local disruptions.

She also warned against the "tempting response" to resort to trade restrictions, saying curbs imposed by various countries on food and fertilizer exports had dropped from 57 to 42 in the past month, but then rose back to 53 due to new measures.

"These would only deepen inflationary pressures and reduce living standards and would likely make us more rather than less vulnerable to the crisis we are grappling with," she told a news conference.

The WTO's forecast does not cover services, but the WTO said tourist arrivals were likely to fall after tripling in the first seven months of 2022. Lower shipping rates, it said, might have been greeted before as a sign of supply chains improvements, but was probably more the result of cooling demand.