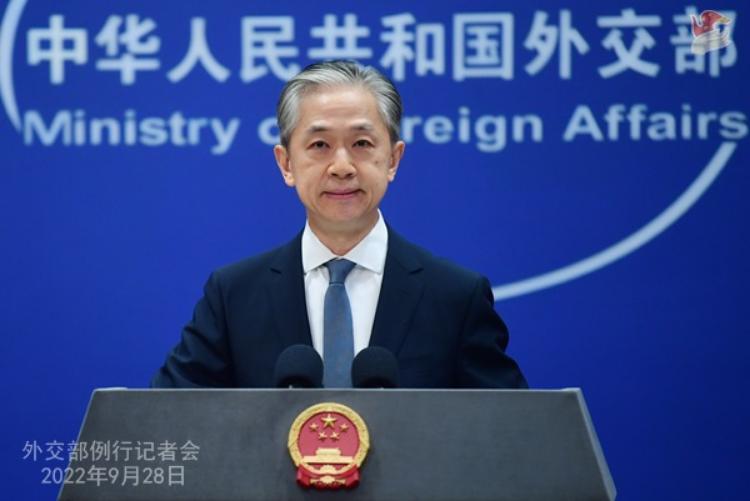 BEIJING – China’s foreign ministry on Wednesday urged the United States to honor its commitment to the one-China principle in a simple and straightforward way.

Ministry spokesperson Wang Wenbin reiterated the call at a daily media briefing while commenting on US Vice President Kamala Harris's remarks earlier in the day that Washington would continue to deepen its "unofficial ties" with Taiwan.

"We have also noticed that Harris said 'China is undermining key elements of the international rules-based order' during her visit to Japan," he said, stressing that the US itself is the destroyer of international order.

Keeping one's word is the most basic rule … If the US side doesn't even honor its own commitments, how is it qualified to talk about rules?

US House Speaker Nancy Pelosi, in disregard of China's four-month-long dissuasion, made a provocative visit to China's Taiwan region and referred to Taiwan as a "country" in August, which seriously violates China's sovereignty and territorial integrity, hurts China-US relations and undermines peace and stability across the Taiwan Straits, said the spokesperson.

He said the one-China principle is a prevailing consensus of the international community and a basic norm governing international relations, and it is also the political foundation for the establishment and development of diplomatic ties between Beijing and Washington.

The US has acknowledged clearly in the three China-US joint communiques that there is but one China and Taiwan is part of China, and recognized the government of the People's Republic of China as the sole legal government of China, Wang said.

The US side has stated clearly that it has no intention of infringing on Chinese sovereignty and territorial integrity, or interfering in China's internal affairs, or pursuing a policy of "two Chinas" or "one China, one Taiwan”, he pointed out.

"Keeping one's word is the most basic rule … If the US side doesn't even honor its own commitments, how is it qualified to talk about rules? It will only become a destroyer of international rules.”