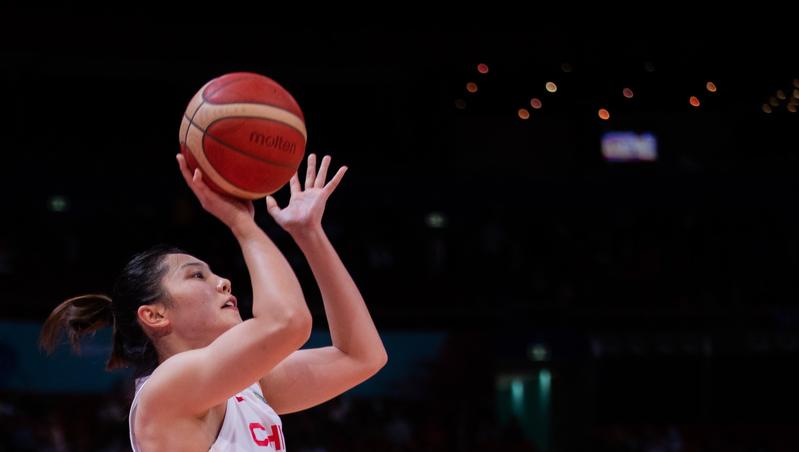 SYDNEY - China stormed into the FIBA Women's Basketball World Cup quarterfinals with a convincing 95-60 win over Puerto Rico on Monday.

With its third victory from four games, confident China joined three-time defending champion the United States and Belgium as teams from Group A to have qualified for the knockout stage.

With its third victory from four games, confident China joined three-time defending champion the United States and Belgium as teams from Group A to have qualified for the knockout stage

It was an even performance from China, who never relented with all 12 players hitting the scoreboard. Center Li Yueru led with 16 points and eight rebounds, forward Zhang Ru finished with 14 points, and sharpshooter Huang Sijing added 12 points.

The Chinese team hit 57.7 percent from the field, including 11 of 25 from three-point range, and had a staggering 41 assists with 11 players contributing to the tally.

China raced out to an early 10-2 lead and exploited their height advantage over Puerto Rico, whose head coach Gerardo Batista substituted his entire starting line-up for a change of fortune.

It initially paid dividends to Puerto Rico, who produced a historic first ever World Cup win against Bosnia and Herzegovina in their opener.

But China regained the initiative, which spilt over into the second quarter where they pushed the tempo to score a slew of points in transition to overwhelm Puerto Rico and stretch their lead to 51-25 at halftime.

After a tighter third quarter, Li Yueru hit a two-pointer to start the fourth as China put the foot down to tune up for the game with Belgium, semifinalists of the 2018 World Cup.

With only one defeat to the United States so far, China will finish the group phase on Tuesday with a clash against Belgium (3-1) with a top two spot up for grabs.