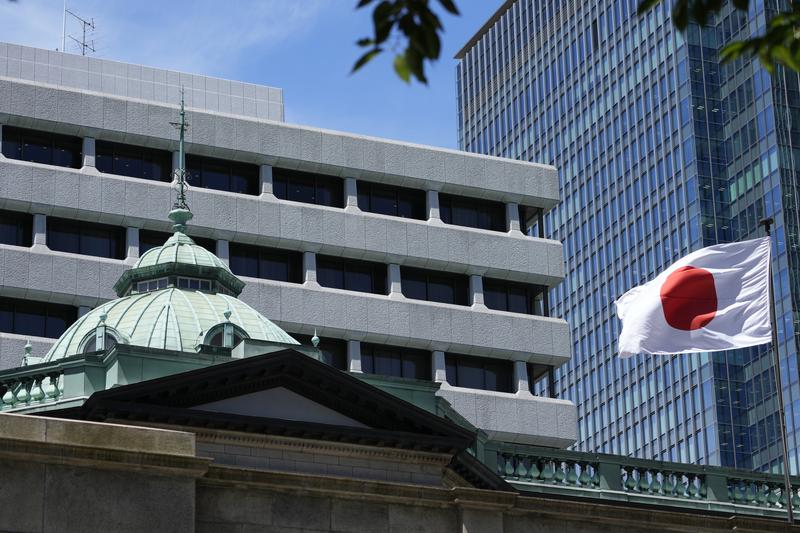 A Japanese flag flutters at the Bank of Japan headquarters in Tokyo, July 29, 2022. (SHUJI KAJIYAMA / AP)

TOKYO - Japan intervened in the foreign exchange market on Thursday to buy yen for the first time since 1998, in an attempt to shore up the battered currency after the Bank of Japan stuck with ultra-low interest rates.

The move sent the dollar plunging over 2 percent to around 140.3 yen, after trading more than 1 percent higher earlier on the BOJ's decision to stick to its super-loose policy stance, bucking a global tide of monetary tightening by central banks fighting soaring inflation.

The move sent the dollar plunging over 2 percent to around 140.3 yen, after trading more than 1 percent higher earlier on the BOJ's decision to stick to its super-loose policy stance, bucking a global tide of monetary tightening by central banks fighting soaring inflation

"We have taken decisive action (in the exchange market)," vice finance minister for international affairs Masato Kanda told reporters, responding in the affirmative when asked if that meant intervention.

Analysts, however, doubted whether the move would halt the yen's prolonged slide for long. The currency has depreciated nearly 20 percent this year, sinking to 24-year lows, largely as aggressive US interest rate hikes push the dollar higher.

"The market was expecting some intervention at some point, given the increasing verbal interventions we have been hearing over the past few weeks," said Stuart Cole, head macro economist at Equiti Capital in London.

"But currency interventions are rarely successful and I expect today's move will only provide a temporary reprieve (for the yen)."

Finance Minister Shunichi Suzuki declined to disclose how much authorities had spent buying yen and whether other countries had consented to the move.

Joining Suzuki at the briefing, Kanda said Japan has "good communication" with the United States, but declined to say whether Washington had consented to Tokyo's intervention.

As a protocol, currency intervention requires informal consent by Japan's G7 counterparts, notably the United States, if it were to be conducted against the dollar/yen.

Confirmation of intervention came hours after the BOJ's decision to hold rates at near zero to support the country's fragile economic recovery, a position many analysts believe to be increasingly untenable given the global shift to higher borrowing costs.

BOJ Governor Haruhiko Kuroda told reporters the central bank could hold off on hiking rates or changing its dovish policy guidance for years.

"There's absolutely no change to our stance of maintaining easy monetary policy for the time being. We won't be raising interest rates for some time," Kuroda said after the policy decision. 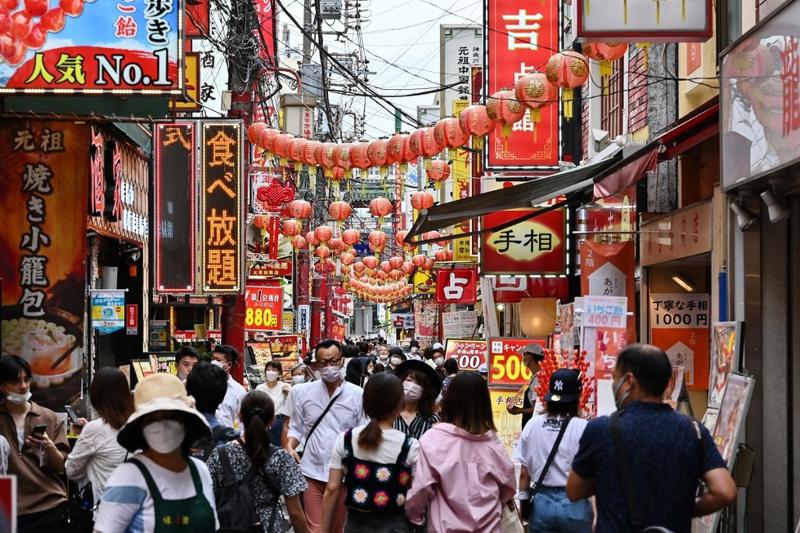 This photo taken on Sept 17, 2022 shows people walking down a street in the Chinatown section of Yokohama, Kanagawa prefecture, south of Tokyo. (RICHARD A. BROOKS / AFP)

The BOJ's decision came after the US Federal Reserve delivered its third straight rate increase of 75 basis points on Wednesday and signaled more hefty hikes ahead, underscoring its resolve not to let up in its battle against inflation and giving a further boost to the dollar.

Japan also became a loner among major economies in keeping short-term rates in negative territory after the Swiss National Bank on Thursday raised its policy rate by 0.75 percent point, ending years of minus rates aimed at taming the appreciation of its currency.

SNB Chairman Thomas Jordan told a briefing his bank was not taking part in any coordinated measures to support the yen.

With the BOJ having ruled out a near-term rate hike, currency intervention was the most powerful -- and last-resort -- weapon that Japan had left to arrest sharp yen falls that were pushing up import costs and threatening to hurt consumption.

"The first Japanese currency intervention in near a quarter century is a significant, but ultimately doomed step to defend the yen," said Ben Laidler, global markets strategist at Etoro in London.

"As long as the Fed stays on the hawkish, rate-raising front foot, any yen intervention is likely to only slow, not halt, the yen slide."

Yen-buying intervention has been very rare. The last time Japan intervened to support its currency was in 1998, when the Asian financial crisis triggered a yen sell-off and a rapid capital outflow from the region. Before that, Tokyo intervened to counter yen falls in 1991-1992.