A safe space: A Gaza restaurant run by women, for women 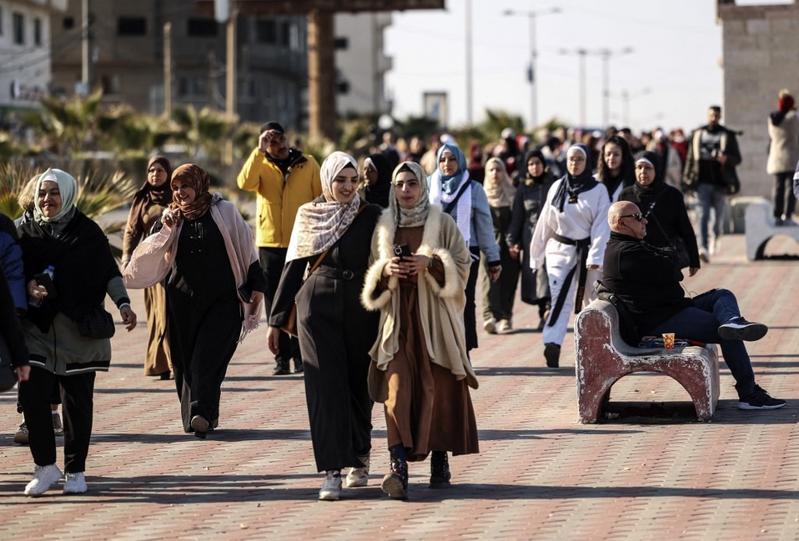 Palestinian women walk together by the seaside promenade in Gaza City, as part of a morning excercise activity, on Jan 22, 2022. (MAHMUD HAMS / AFP)

GAZA - A Palestinian woman has realized her dream of becoming a chef in the male-dominated Gaza Strip thanks to a new eatery where she heads an all-female staff looking after an all-female clientele.

Opened last month and offering light meals like chicken sandwiches and pizza, "Sabaia VIP" has been doing brisk business in a conservative and congested enclave where some women complain of lacking private and safe leisure venues.

The idea stemmed from our need to have something private, where we can enjoy our independence and our privacy, a place only for women

The chef, Amena Al-Hayek, trained at a hotel restaurant where she worked for free. Although there were openings there for new chefs, she was never considered.

"The administration rejected (me). They said they wanted a male chef, not a female," Hayek told Reuters.

Sabaia means "Lasses" in Arabic, a playful choice of words for a clientele made up of women of all ages - and no men.

"The idea stemmed from our need to have something private, where we can enjoy our independence and our privacy, a place only for women," said the owner, Reham Hamouda.

Hamouda employs eight women on staff and others who prepare food from their homes. That provides much-needed income in Gaza, where unemployment hovers around 50 percent.

"We proved to the world that we were able to open a restaurant and succeed without a man's supervision," said Hayek.