China: US to blame for damaging counternarcotics cooperation 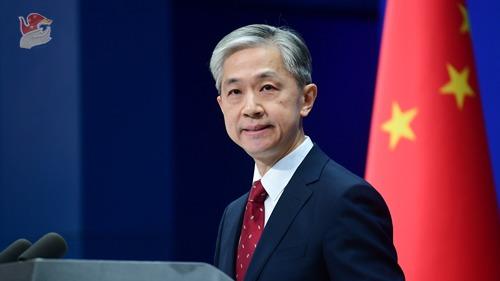 A White House official said that China's move to suspend cooperation with the US to combat narcotics trafficking, including illicit fentanyl, is "unacceptable," adding that the ongoing overdose epidemic driven by fentanyl has claimed more than 100,000 lives in the US in the past year.

The abuse of fentanyl and other synthetic opioids continues to worsen in the US, and the number of overdose deaths is rising, said Chinese Foreign Ministry Spokesperson Wang Wenbin

The eight countermeasures from China, including suspending China-US counternarcotics cooperation, are a response to the provocation. These measures are reasonable and appropriate, Wang added.

"As for the fentanyl abuse in the United States, I'd like to say that first, the root of the crisis lies in the US," Wang said.

The international community, including China, has become increasingly strict in control over fentanyl-like substances. However, the abuse of fentanyl and other synthetic opioids continues to worsen in the US, and the number of overdose deaths is rising. The reasons for this are worth pondering by the United States, Wang said.

Wang said that the US government lost control over prescription drugs, did not have enough publicity on the harm of drugs, and took ineffective measures to reduce drug demand, ending up with poor drug control. He said the US side must face up to its own problems instead of shying away from them.

Wang noted fentanyl is not a major problem in China and has never been abused on a large scale. He said that with a humanitarian and responsible attitude, China has been helping the US resolve the fentanyl abuse crisis and working with other countries to tackle the new challenges of the drug problem.

He said that China showed enough goodwill and sincerity to cooperate with the United States on an extraordinary level, which is unprecedented in China's conventional drug control practice.

It plays a significant role in preventing illegal trafficking and abuse of fentanyl-like substances. It also sets an example for international counternarcotics cooperation, recognized by the international community, he said.

"Third, the responsibility of undermining China-US counternarcotics cooperation rests entirely with the US side," Wang added.

Wang said the US side used Xinjiang-related issues as an excuse to add a few Chinese scientific research institutions, which are responsible for the detection and control of fentanyl-like substances, onto its "entity list" since 2020. Also, the US side has repeatedly made negative and untrue public statements, stirred up old cases, imposed sanctions on Chinese companies under the pretext of fentanyl, and offered high rewards for arresting Chinese citizens.

The US keeps misleading the public, blaming others, and deflecting responsibility for poor drug abuse governance. China has made representations to the US side many times, but the US side has not given feedback so far, Wang added.

"The consequences of undermining bilateral relations and damaging China-US counternarcotics cooperation should be fully borne by the US side," Wang said.

Wang said China's stance on strict drug control is firm. Against increasingly rampant global drug abuse, China has achieved remarkable results in drug control. As a responsible country, China will, as always, take an active part in international and multilateral counternarcotics cooperation and contribute its wisdom and strength to global drug governance.

"We also sincerely hope that the US side will effectively resolve the fentanyl abuse crisis and the American people will be free from the scourge of drugs soon," he said.