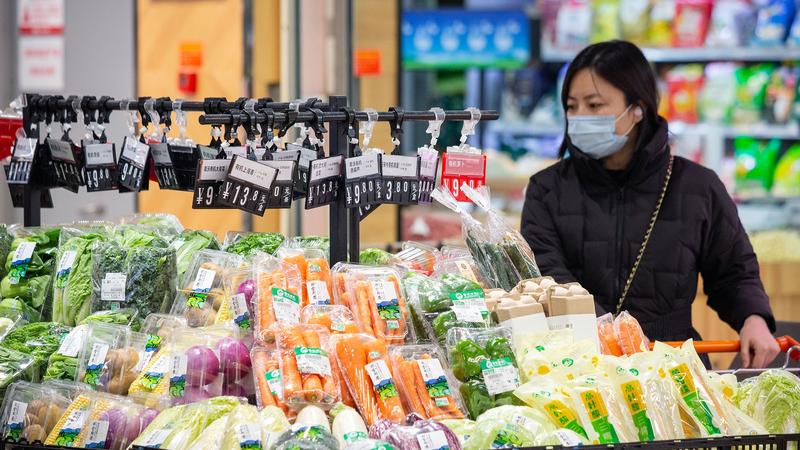 A customer buys fresh vegetables at a supermarket in Nanjing, Jiangsu province, on Feb 16. China's consumer price index may continue to rise moderately in 2022. (SU YANG / FOR CHINA DAILY)

Non-food prices rose 1.9 percent from a year earlier, easing from the 2.5-percent rise in June, the NBS data showed.

The core CPI, which excludes food and energy prices, gained 0.8 percent year on year in July, lower than the 1 percent increase in June.

On a monthly basis, the CPI inched up 0.5 percent due to rising pork and fresh vegetable prices, as well as seasonal factors, said Dong Lijuan, a senior statistician with the NBS.

Food prices went up 3 percent from the previous month, driving up the monthly consumer inflation by about 0.53 percentage points, according to the data.

Specifically, the price of pork, a staple meat in China, increased 25.6 percent month-on-month in July, partly due to the reluctance of some pork farmers to sell, while consumer demand recovered, said Dong.

Chen Guanghua, an official with the Ministry of Agriculture and Rural Affairs, said at a press conference in July that there would not be a "sustained and sharp increase" in hog prices as hog production is sufficient. 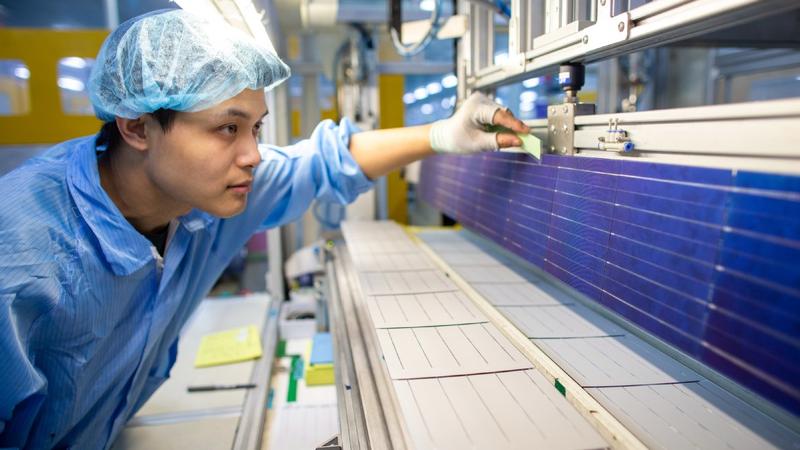 An employee works at a production facility of photovoltaic panels in Haian, Jiangsu province, on April 11. (PHOTO / CHINA DAILY)

In July, the price of fresh vegetables rose 10.3 percent month on month due to continuous high temperatures in many regions of the country, while the price of fresh fruit dropped by 3.8 percent because of increasing market supply.

The costs of air tickets, hotel accommodation and tourism rose 6.1 percent, 5 percent and 3.5 percent, respectively, due to the increase in summer travels.

However, he cautioned about uncertainties stemming from the global geopolitical situation.