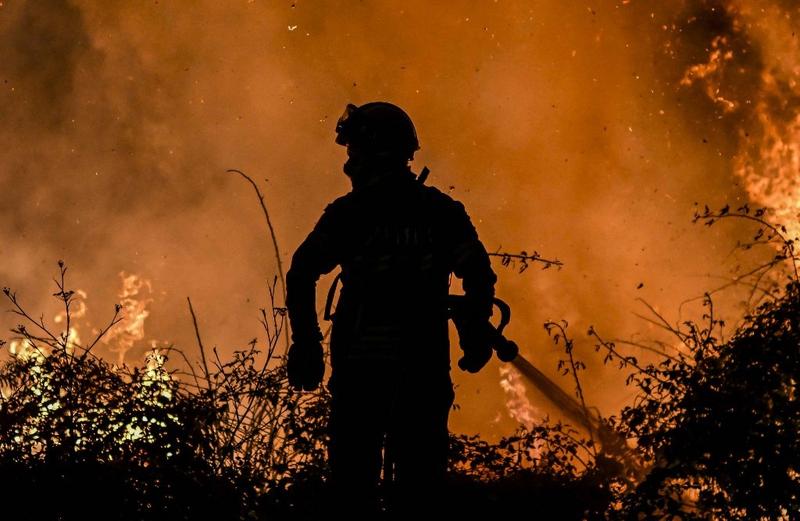 A firefighter tackles a forest fire around the village of Eiriz in Baiao, north of Portugal, on July 15, 2022. (PATRICIA DE MELO MOREIRA / AFP)

JERTE, Spain - Authorities across southern Europe battled on Sunday to control huge wildfires in countries including Spain, Greece and France, with hundreds of deaths blamed on soaring temperatures that scientists say are consistent with climate change.

In France, wildfires have now spread over 11,000 hectares in the southwestern region of Gironde, and more than 14,000 people have been evacuated, regional authorities said on Sunday afternoon

In Spain, helicopters dropped water on the flames as heat above 40 C and often mountainous terrain made the job harder for firefighters.

A study published in June in the journal 'Environmental Research: Climate' concluded it was highly probable that climate change was making heatwaves worse.

More than 1,000 deaths have been attributed to the nearly week-long heatwave in Portugal and Spain so far. Temperatures in Spain have reached as high as 45.7C.

Spain's weather agency issued temperature warnings for Sunday, with highs of 42 C forecast in Aragon, Navarra and La Rioja, in the north. It said the heatwave would end on Monday, but warned temperatures would remain "abnormally high".

Fires were raging in several other regions including Castille and Leon in central Spain and Galicia in the north on Sunday afternoon. Firefighters stabilised a blaze in Mijas, in Malaga province, and said evacuated people could return home.

British pensioners William and Ellen McCurdy had fled for safety with other evacuees in a local sport centre from their home on Saturday as the fire approached.

"It was very fast .... I didn’t take it too seriously. I thought they had it under control and I was quite surprised when it seemed to be moving in our direction," William, 68, told Reuters.

In France, wildfires have now spread over 11,000 hectares in the southwestern region of Gironde, and more than 14,000 people have been evacuated, regional authorities said on Sunday afternoon.

More than 1,200 firefighters were trying to control the blazes, the authorities said in a statement. 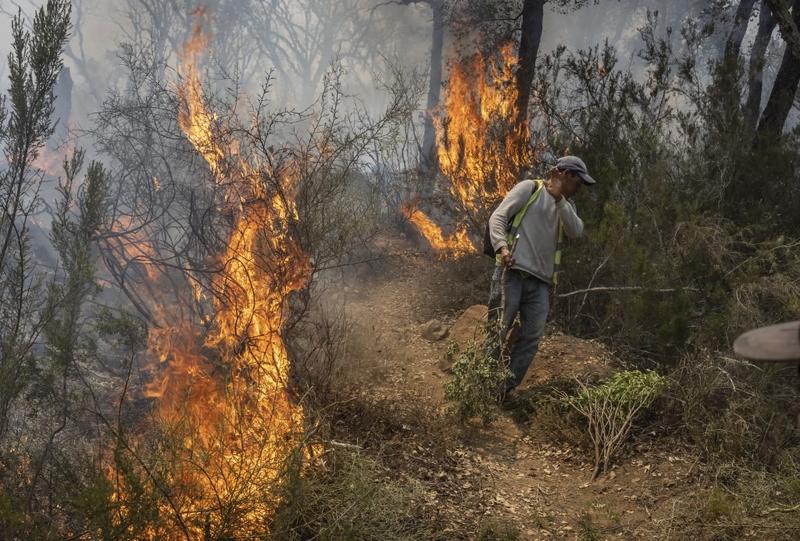 A villager reacts as a forest fire rages near Ksar el-Kebir in the Larache region, Morocco on July 15, 2022. (FADEL SENNA / AFP)

In Italy, where smaller fires have blazed in recent days, forecasters expect temperatures above 40C in several regions in coming days.

Similar temperatures were recorded in Portugal on Sunday and are forecast in Britain on Monday and Tuesday, in what would top its previous official record of 38.7C set in Cambridge in 2019.

Britain's national weather forecaster issued its first red "extreme heat" warning for parts of England. Rail passengers were advised to only travel if absolutely necessary and to expect widespread delays and cancellations.

Around 1,000 firefighters tried to control 13 forest and rural fires in the centre and north of Portugal, the largest being near the northern city of Chaves.

Portugal's Health Ministry said late on Saturday that in the last seven days 659 people died due to the heatwave, most of them elderly. It said the weekly peak of 440 deaths was on Thursday, when temperatures exceeded 40C in several regions and 47C at a meteorological station in the district of Vizeu in the center of the country. 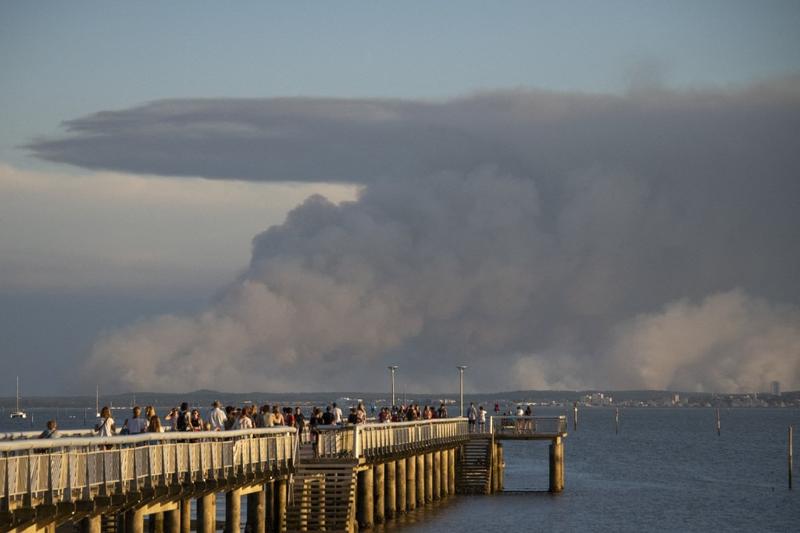 Tourists look at the plume of dark smoke on the shoreline of Arcachon from the peer in Andernos-les-Bains, due to a wildfire in a forest near La Teste, southwestern France, on July 14, 2022. (OLIVIER MORIN / AFP)

By Saturday, there were 360 heat-related deaths in Spain, according to figures from the Carlos III Health Institute.

Portugal was grappling with extreme drought even before the recent heatwave, according to data from the national meteorological institute. Some 96 percent of the mainland was already suffering severe or extreme drought at the end of June.

In Greece the fire brigade said on Saturday 71 blazes had broken out within a 24-hour period.