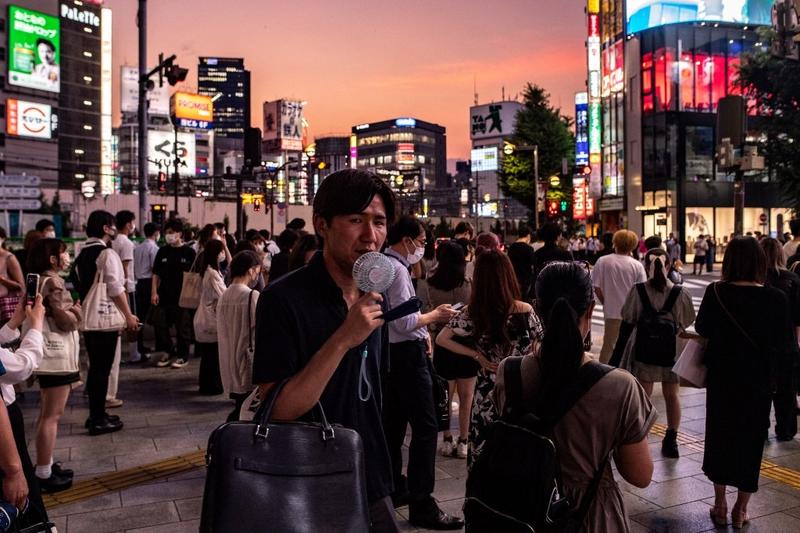 TOKYO - The rising cost of living is turning into a thorny political issue ahead of Japan's upper house election this weekend, as opposition parties peg blame for recent price hikes on Prime Minister Fumio Kishida's policies.

While Kishida's ruling coalition is set to win a majority, public discontent over inflation may undermine efforts to strengthen his grip on power and phase out the legacy of his predecessors' economic policies.

While Kishida's ruling coalition is set to win a majority, public discontent over inflation may undermine efforts to strengthen his grip on power and phase out the legacy of his predecessors' economic policies

Already, rising prices are taking a toll on the strong popularity Kishida had enjoyed since taking office in October, with a poll by public broadcaster NHK on July 4 showing his approval rating at 54 percent, down from 59 percent three weeks earlier.

Fuka Sato, a 28-year-old stylist working at a magazine publisher, says she will vote for an opposition party for the first time in her life.

"I feel extremely insecure about the future," said Sato, who says she eats out less often and gave up buying fruit because it became too expensive.

Soaring commodity costs, fueled by the Russia-Ukraine conflict, pushed Japan's consumer inflation above the Bank of Japan's 2 percent target for the first time in seven years.

While the rate of inflation is still modest by global comparisons, it has shocked a population that has not experienced steady inflation for decades and hasn't seen wages rise enough to compensate for the cost of living.

Households, restaurants and schools have had to adjust their food purchases just to cope.

Opposition politicians have used the label "Kishida inflation" in their criticisms of the government's response to price pressures.

Tabloids and blogs are full of features on how households can mitigate the pain from rising prices, a new development in a country where deflation, not inflation, had long been the economy's enemy No 1.

For now, Kishida's victory seems solid thanks in part to a weak and fragmented opposition. 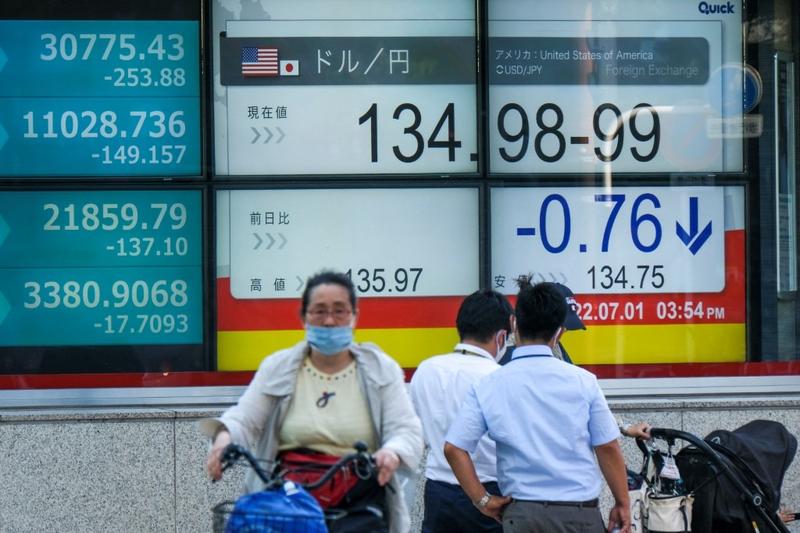 An electronic quotation board displays the yen's rate against the US dollar in Tokyo on July 1, 2022. (KAZUHIRO NOGI / AFP)

He has set a low bar for himself, saying the ruling coalition, which comprises his Liberal Democratic Party (LDP) and junior partner Komeito, aims to secure a majority in the election.

To achieve this, the ruling camp needs to win at least 55 of the 125 seats up for re-election.

"It's true voters are concerned about inflation and rising costs of living, and that they feel the government's response has been far from enough," said veteran political analyst Atsuo Ito.

"That said, many voters have not reached a point where they would vote for the opposition to punish Kishida."

The bite from inflation, however, may dash Kishida's hopes of achieving a more ambitious goal for the LDP to win an absolute majority. That requires winning 69 seats - no easy feat with an opinion poll on Monday showing the LDP landing about 60.

"The LDP will win but the victory will be less impressive than initially hoped, given Kishida's sliding approval rates blamed on inflation," said Yasuhide Yajima, chief economist at NLI Research Institute in Tokyo.

"After the election, he'll probably seek to win political points with steps to combat inflation and curb fuel costs, such as by moving faster toward restarting nuclear power plants."

While the upper house elections are unlikely to immediately affect policy, Kishida's performance this weekend will be important for his own political fortunes.

Kishida belongs to a smaller LDP faction and needs the political capital upper house gains would deliver to fend off rivals such as former prime minister Shinzo Abe, who belongs to a bigger faction.

But going forward, he may seek to differentiate his policies from Abe's.

"He has adopted Abenomics as the party's current economic orthodoxy, but at heart he is more of a fiscal hawk," said James Brady, a vice president analyzing Japan at US advisory firm Teneo.

"Kishida is not inclined to phase out Abenomics in the short term, but won't want to continue down that free-spending, debt-ballooning path in the medium-to-longer term."

So far, Kishida has pledged to use fiscal spending to cushion the inflation blow, such as gasoline subsidies, which analysts say are unsustainable for a country saddled with a huge public debt.

A better way to soothe public anxiety would be to convince companies to raise wages to help households deal with rising costs, and boost productivity, analysts say. 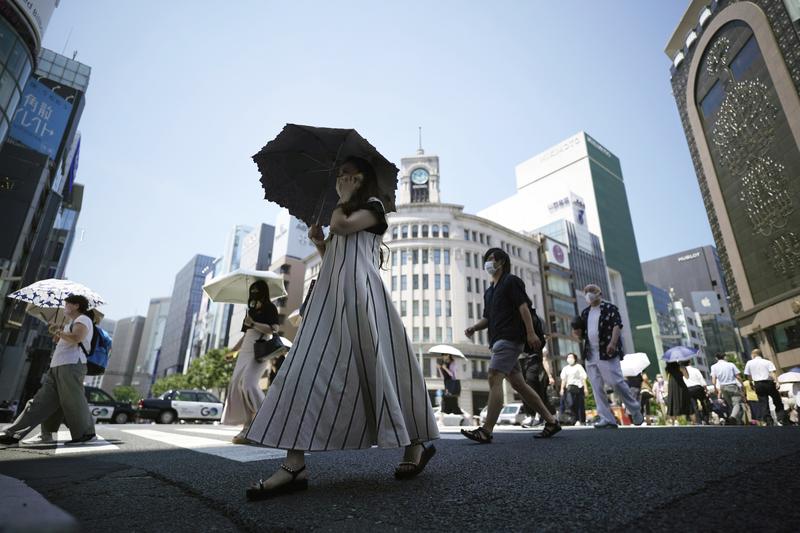 People walk over a pedestrian crossing under an intense sun, June 28, 2022, in Tokyo. (EUGENE HOSHIKO / AP)

However, these remain longer-term objectives that have also eluded past administrations.

"Ideally, the focus for Kishida's post-election should be on adapting Japan to a post-COVID world such as through digitalisation and flexible working styles," said Yuri Okina, chairperson of Japan Research Institute, a think tank.

"But the situation surrounding the economy is very difficult due to rising prices and a weak yen...Inflation is a huge problem for Japan. It's something that affects everyone."