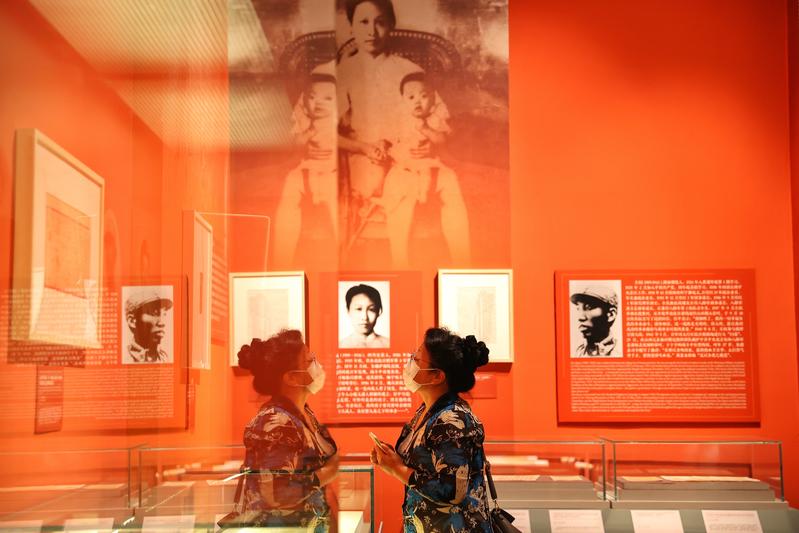 Strength of Character, a long-term exhibition at the National Museum of China, marks Party members' commitment to their country and illustrates their deep feelings for friends and family. (JIANG DONG / CHINA DAILY)

After being thrown into prison by a warlord in 1927, Li Dazhao, one of the founders of the Communist Party of China, wrote a "self-statement" to review his life and reiterate his revolutionary ideals.

"Since my mid teens, I have been determined to strive for the cause of national liberation. I've been practicing what I believe, and acting on the knowledge I acquire," he said. Besides expressing the deep feelings for his nation, Li also showed gratitude for his wife Zhao Renlan's great support of his school studies and his campaign to free the country from imperialism and feudalism.

Li is regarded as a man of strict self-discipline and high morality, who lived a life of austerity. He was content with frugal food and clothing, and often sponsored students from poor families.

He is said to have been a devoted husband and father. He taught his wife to read and write, and helped her cook and take care of their children. "Revolutionaries should take love seriously, unlike the womanizers," he said, "who, once they are promoted at work or make a fortune, would abandon old friends and marry new wives."

Li was executed shortly after he wrote the statement, leaving his family penniless. Party members raised funds for his funeral and burial. 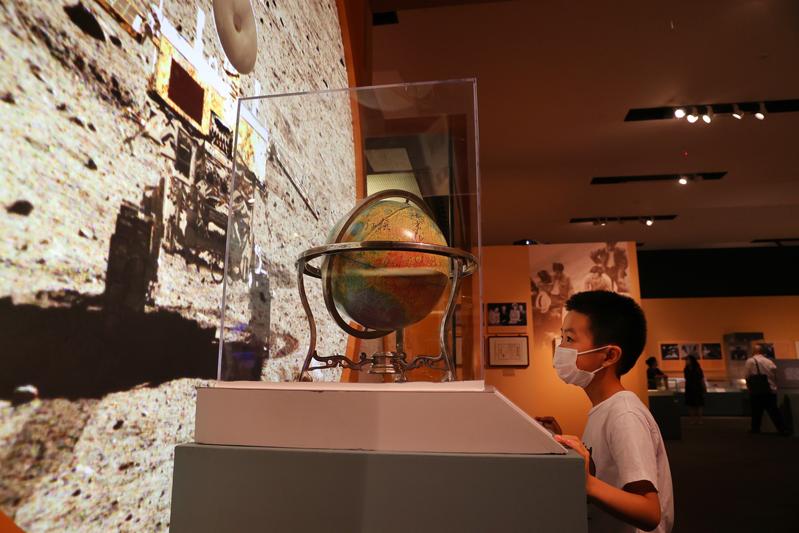 Li's family donated the statement, written in the classic calligraphy style and on a 1.4-meter-long piece of paper, to the country in 1957. It is now in the collection of the National Museum of China in Beijing and currently on show as part of an ongoing exhibition, Strength of Character.

The long-term exhibition marks Party members' commitment to their country, as well as their deep feelings for their friends and families. It is being held to usher in the 20th National Congress of the Communist Party of China, scheduled to be held in the second half of the year, and also to celebrate the National Museum's 110th anniversary.

Items that reflect the course of revolutionaries in modern China and the progress of national independence have, throughout the years, been added to the National Museum's collection. The exhibition includes over 170 such items, such as manuscripts, letters, documents and articles of everyday use, once belonging to Party members of various stages in history, which show their dreams, compassion and obligation.

Exhibitions that chronicle modern Chinese history and the development of the CPC have been regular fixtures in the National Museum's program. But this one zooms in on the growth and emotions of important individuals, showing not only their love of the nation, but also their bonds with families, spouses and fellow revolutionaries, according to Zhang Weiming, the exhibition's curator. 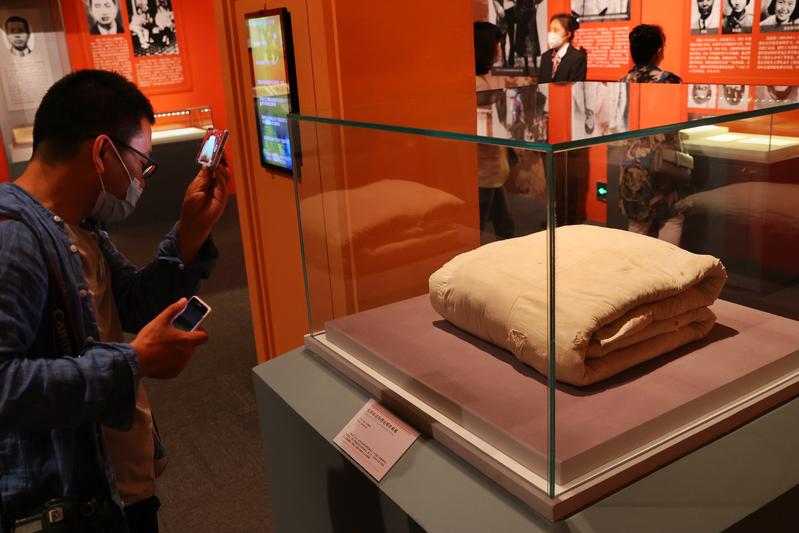 A cotton quilt Chairman Mao Zedong gave to Fu Lianzhang, a doctor who served in the Red Army in the 1930s. (JIANG DONG / CHINA DAILY)

Zhang says on display are letters and other handwritten pieces by Party members in which their patriotic zeal and care for family and friends are exuberant and intertwined. "In between the lines, the audience will feel that these people are alive and vivid, and despite the differences in their backgrounds, personalities and experiences, they are husbands and wives, sons and daughters, their emotional attachments to their other halves and people of kinship are long-lasting, and their friendships with revolutionary companions are genuine."

Zhang says the exhibition also shows the National Museum's intensified efforts in recent years to include objects in its collection that pay testimony to national progress, and some are on public view for the first time.

Examples include a stone engraved with the handwritten characters that spell "China". It is one of the over 100,000 stones with the same characters made as boundary markers by Burumahan Maoleduo, a border guard aged 80 who lives in the Jigen township, Xinjiang Uygur autonomous region. She has been patrolling the border, at an average altitude of over 4,000 meters, for over 50 years－a feat for which she was awarded a national honorary title of "people's role model" in 2019. A video of her life and work is on show at the exhibition.

Also on display are a national flag once raised by island guardians Wang Jicai and Wang Shihua, as well as their duty logs. The couple has guarded Kaishan Island, an isolated island in the Bohai Sea, for three decades.