Route provides a view to a thrill

Tourists to Xinjiang relish a drive to excitement and adventure, Yang Feiyue reports. 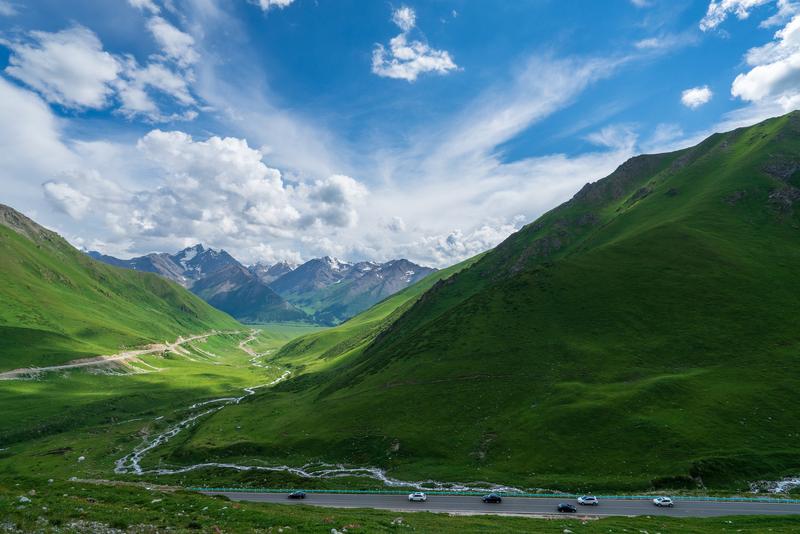 Tourists navigate the stunning scenery of the Duku Highway, one of the country's most dramatic roads. It crosses the Xinjiang Uygur autonomous region, passing snow-capped mountains. (PHOTO PROVIDED TO CHINA DAILY)

Li Xiang has seen a surge in the number of tourists since the Duku Highway in the Xinjiang Uygur autonomous region resumed operations on June 10.

"There were about 10,000 vehicles and 100,000 visitors coming our way on a daily basis in the first three days since the highway opened again," says Li, who heads the department of communications in Dushanzi, the starting point of the winding Duku (or Dushanzi-Kuqa) Highway.

According to travel service and social network platform Mafengwo, searches for driving excursions on the highway have jumped.

The Duku Highway runs across Xinjiang and is regarded as one of the most dramatic roads in the country.

It snakes through the Tianshan Mountains and ends in Kuqa in the south of the region.

Most of the highway is 2 kilometers above sea level and tops out at more than 3.4 km in certain sections.

Snow and ice hazards can lead to accidents during the winter, so the highway is open from May to October every year. 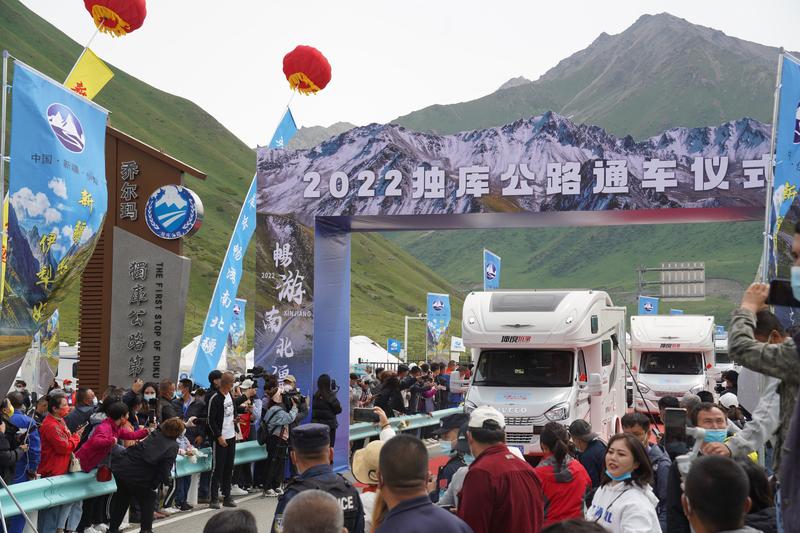 Tourists in the Xinjiang Uygur autonomous region attend a ceremony celebrating the reopening of the Duku Highway. (PHOTO PROVIDED TO CHINA DAILY)

The Duku section can be completed by driving 8.5 hours without stopping, but the natural scenery has lured travelers to spend days viewing the stunning scenery.

"We've made arrangements to avoid traffic jams and ensure the smooth passage of vehicles," Li says.

"Our night fair has been packed with tourists," Li says.

Visitors can also drop by the Duku Highway Museum and the Dushanzi Grand Canyon before going further down the highway.

Tour inquiries and bookings have also surged, as the region's culture and tourism department issued a notice to resume cross-provincial tourism through multiple measures. 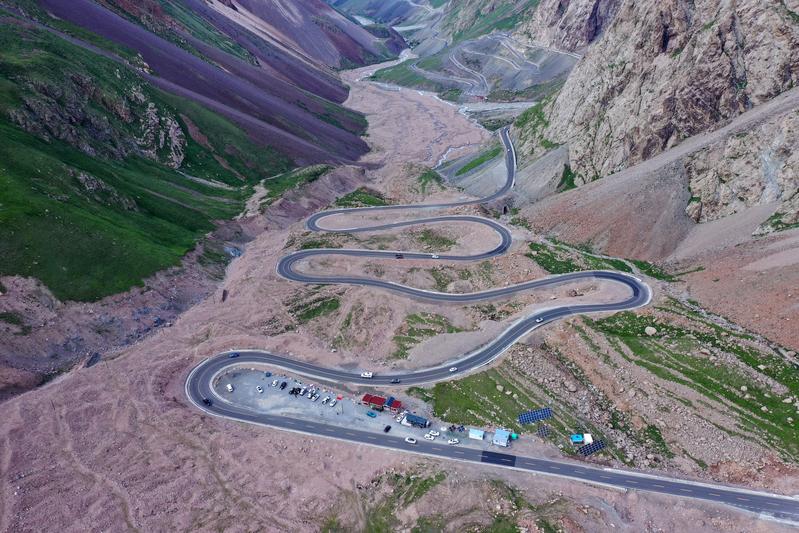 The highway snakes through mountains and is open from May to October. (HU WEIBIN / ASIA NEWS PHOTO)

Most travelers have come from cities in the east and south of the country.

"From the look of things now, business should be better than the same period of last year," Zhang says.

"Many regions along the way will benefit from the spillover," Zhang says.

Kashgar, in the southwest of the region, has been a popular tourist destination.

"The best time to explore the region has come, and we've seen more travelers make travel arrangements to the city," says Sun Bo, executive vice-president of the online travel agency.

Since March, Kashgar's culture and tourism bureau has launched a promotion featuring photography competitions and tips by travel influencers from the company. The successful campaign attracted more than 33 million hits. 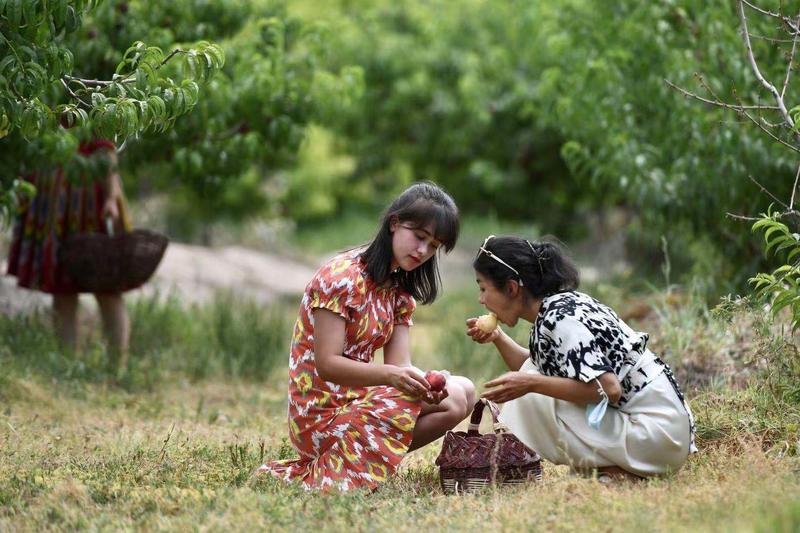 Tourists pick and appreciate peaches in a fruit farm along the highway. (WEI XIAOHAO / CHINA DAILY)

The culture in Kashgar is typical of the southern part of Xinjiang and the distinct local architecture has preserved Central Asian elements, not to mention the charming natural sights such as the expansive grasslands and wild apricot blossoms on the Pamirs Plateau, Sun adds. There are also plenty of opportunities to stretch the legs and have a pit stop at a number of cities that dot the route to refuel both the vehicle and the passengers.

The region covers more than 1.66 million square km, about one-sixth of China's territory, and an improved transportation network has made traveling in the vast region easier, says Ablikem Azez, director of Xinjiang Culture and Tourism Bureau.

"New airports have been built near tourist sites. People can have a traditional Kazak breakfast on Narat grassland in the Ili Kazak autonomous prefecture in northern Xinjiang in the morning and make it to the century-old tea house in the old town of Kashgar city in the afternoon," Ablikem adds.

To spice up travel experience, Zhang says he and his colleagues are working on new horse-riding and low-altitude helicopter programs.

"We plan to have our customers fly in helicopters or ride horses to their camping sites," Zhang says.