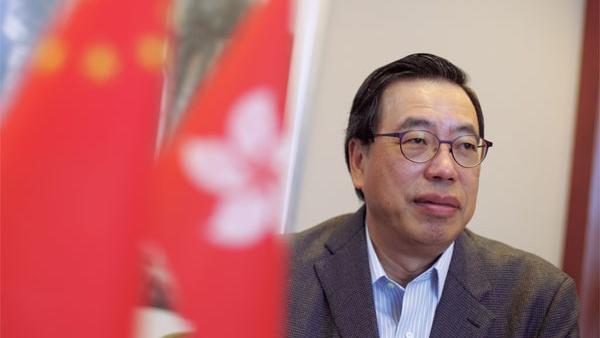 HONG KONG - President of the Legislative Council (LegCo) of the Hong Kong Special Administrative Region Andrew Leung Kwan-yuen has expressed optimism about positive interactions between the HKSAR government and the legislature.

"I'm confident that the new-term HKSAR government will work together with the LegCo to start new chapters of progress for Hong Kong," Leung said in an interview with Xinhua.

Reviewing the work of the LegCo over the past 25 years, Leung, who has served as a LegCo member for five terms, said that during a period in the past, opposition lawmakers made every effort to undermine the practice of "one country, two systems" in Hong Kong and even colluded with hostile external forces to tarnish this principle.

After the turmoil in 2019, which posed an unprecedented challenge to the practice of "one country, two systems" in Hong Kong, the central authorities took resolute actions in enacting the national security law in Hong Kong and improving Hong Kong's electoral system.

Looking ahead, Leung said that the LegCo members are ready to work with the new-term HKSAR government to address deep-rooted issues, including housing, youth development, old-age care and healthcare

The actions have brought about positive changes to the LegCo, Leung said.

In January 2022, the 90 members of the seventh-term LegCo took an oath to uphold the Basic Law of the HKSAR and swore allegiance to the HKSAR in front of the national emblem for the first time at their oath-taking ceremony.

"Actions taken by the central authorities ensured the LegCo's return to normal," Leung said, adding legislation that can benefit Hong Kong's economy and improve people's livelihood has since been passed efficiently.

"All the changes are the result of the implementation of the 'patriots administering Hong Kong' principle," Leung said. "The seventh-term LegCo elected under the new electoral system has barred those who colluded with hostile external forces from entering the legislature."

Under the "patriots administering Hong Kong" principle, LegCo members coming from a diversity of backgrounds will focus on servicing and seeking happiness for Hong Kong residents, instead of being a drag on the HKSAR government, let alone working for external forces, he added.

Looking ahead, Leung said that the LegCo members are ready to work with the new-term HKSAR government to address deep-rooted issues, including housing, youth development, old-age care and healthcare.

"Through constructive mutual interactions between the executive authorities and the legislature, Hong Kong will certainly achieve good governance," he added.