By Sergio Held in Cajica, Colombia 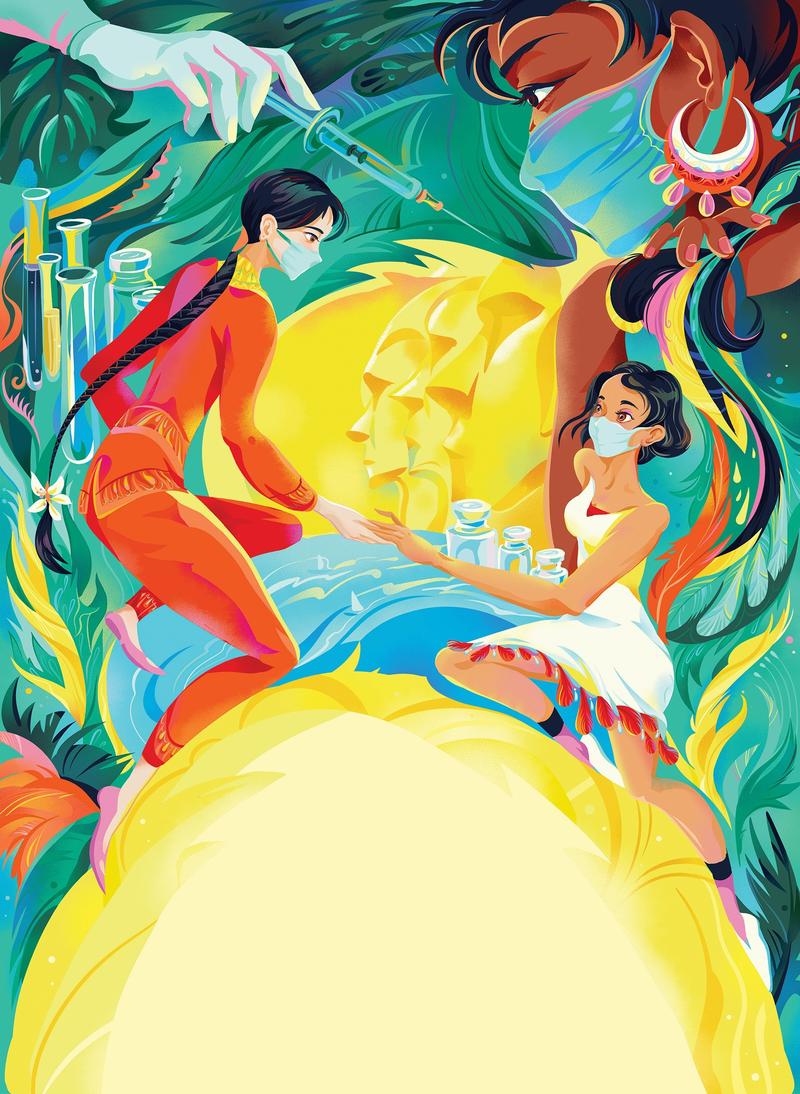 The Rio de Janeiro Carnival is one of the world’s best-known events, with colorful floats and dancers in flamboyant costumes attracting hundreds of thousands of revelers to the boisterous Brazilian street festival.

After being canceled last year due to the COVID-19 pandemic, the 10-day annual celebration made a glitzy comeback in April, symbolizing a return to normality for Brazil and many other Latin American countries.

According to observers, Chinese vaccines played a large part in containing the pandemic in Brazil by helping to curb new infections and improving public health.

“The return of the Rio Carnival was very important,” said Henrique Reis, international relations manager at the China Trade Center Group, which works to promote trade, technological and cultural cooperation between China and Brazil.

“Many people in Brazil view the event as a party, but it goes far beyond that. It is important, as it helps promote a large chain of services and businesses. Many workers in Brazil depend on the Carnival.

“The public watched the parades from bleachers — it was no different to a soccer stadium full of fans, and there was no negative impact from the virus afterward.”

On May 22, Brazil officially ended its two-year health emergency, which was put in place at the onset of the pandemic.

Ending such emergencies has not been easy for Brazil and neighboring nations, many of which are starting to treat the virus as endemic, meaning that it is essentially a permanent feature of life, rather than a pandemic emergency.

Widespread inoculations made it possible to end the emergency in Brazil, with Chinese vaccines, either supplied directly or manufactured in the South American nation, playing a significant role in combating COVID-19.

Announcing the end of the emergency, Brazil’s Minister of Health Marcelo Queiroga said, “As a result of vaccination, Brazil has witnessed a plunge of over 80 percent in the moving average of case numbers and deaths from COVID-19 since the peak reached during the Omicron variant earlier this year.”

The Brazilian government announced it was ending the health emergency immediately after the successful return of the Rio Carnival, lifting people’s spirits and raising hopes for an economic revival after two years of grim news and lockdowns.

The Carnival generates more than 250,000 seasonal jobs and has many other related economic and social benefits.

In Brazil, which has a population of nearly 214 million, the average number of deaths each day from COVID-19 has fallen below 200, compared with more than 4,200 at the height of the pandemic in April last year, according to official data.

Benny Spiewak, a lawyer and partner at SPLaw, which specializes in the life sciences sector in Brazil, said: “I believe we have reached this stage mostly because of the vaccines. I understand the value of lockdowns, quarantine and face masks, but ultimately, two, three or four jabs are what got us here.”

CoronaVac, manufactured by Chinese biopharmaceutical company Sinovac Biotech, was the first COVID-19 vaccine to be approved under emergency conditions by Anvisa, the Brazilian healthcare regulatory agency.

Spiewak said: “Monitoring the approval process was as exciting as watching a soccer game. We watched it live on television. It was a science-driven response, and it was incredible to see this amazing medical miracle.” 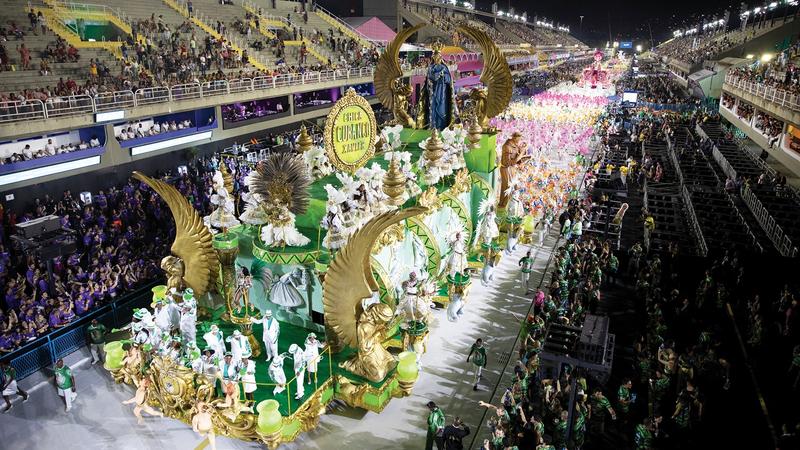 After a gap of two years, Brazil’s famous Rio de Janeiro Carnival is held from April 20 to 29. (WANG TIANCONG / XINHUA)

The “medical miracle” worked in Brazil largely thanks to a technology transfer agreement between Sinovac Biotech and the Butantan Institute in Sao Paulo, through which the Chinese vaccines are completed and packaged.

“Most of the Brazilian population has had all the doses, and we are moving forward with boosters,” he said.

Despite this progress, vaccination efforts are continuing and are proving vital for Latin American countries to get back on track after two years.

Carissa F. Etienne, director of the Pan American Health Organization, said at a recent media briefing: “Over two-thirds of people in Latin America and the Caribbean have now received two doses of COVID-19 vaccine. These vaccines work and are very safe … they are protecting most people in our region from the worst consequences of COVID-19 infection.”

In Colombia, which has a population of about 50 million, more than 38 million people have been vaccinated against COVID-19, with CoronaVac a cornerstone of the country’s strategy to combat the virus.

Jeronimo Marulanda, an independent entrepreneur and consultant in Bogota, the Colombian capital, said: “Colombia is an example of vaccine management in the region. With a combined strategy of vaccination and controlled spread of the SARS-CoV-2 virus, the country has managed, in large part, to control the pandemic.”

Marulanda’s parents, who are over 70 years old, and his 6-year-old son received CoronaVac jabs last year.

“My son had a mild COVID-19 infection after completing his jabs, but thanks to Sinovac’s vaccine, his symptoms were like those experienced with mild flu,” Marulanda said.

In Colombia, where more than 16.6 million CoronaVac inoculations have been administered, the vaccine was the first to be approved for 5- to 12-year-olds.

“People in many areas of the country have been inoculated with the Sinovac vaccine, and results on the ground show that it works,” Marulanda said.

Sinovac Biotech, which is committed to continuing to help the region, has announced investment of $100 million to build a vaccine plant in Bogota.

Weining Meng, Sinovac vice-president, said: “Many countries have faced a major challenge in vaccine supply during the pandemic. Having a local production facility will enable the region to supply vaccines when needed in the future to protect the population.”

The Chinese firm is also building a plant in Santiago, the Chilean capital, to produce vaccines for COVID-19,

flu and hepatitis A. The vaccines will be packaged at the plant for distribution across the region.

Weidong Yin, the company’s CEO, has said, “Sinovac will engage in investment and scientific research in Chile ... to improve production that will allow more people in South America to have access to vaccines.”

Vaccines have enabled much of the region to return to some kind of normality, even though COVID-19 cases are rising again in some countries, including Argentina, where the Minister of Health Carla Vizzotti said, “As much as we would like it to be, the pandemic is not over.” 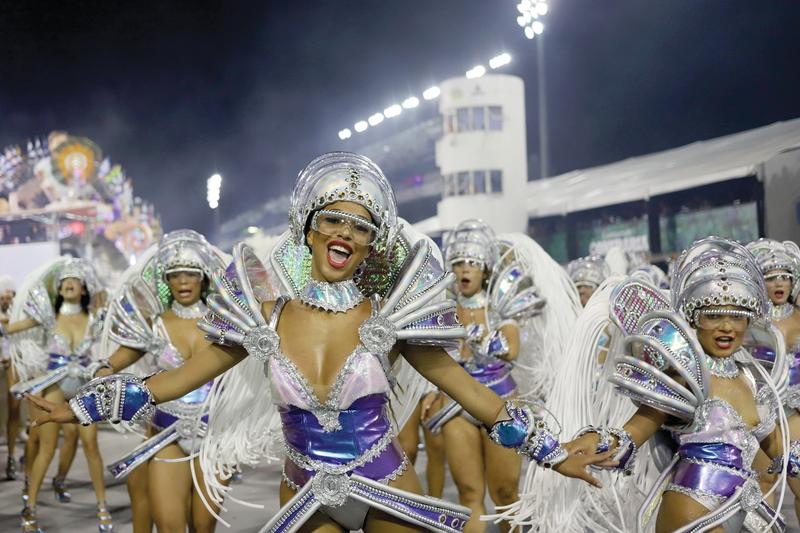 Dancers join the parade at Sao Paulo Carnival, held in Brazil on April 22 and 23. (PHOTO / XINHUA)

Carlos Di Pietrantonio, a doctor and epidemiology specialist from Buenos Aires, capital of Argentina, said, “The world in general, especially Latin America, is facing what we could call a fourth wave (of the pandemic), and this is dashing hopes of a return to normality, which is becoming increasingly difficult.”

About 80 percent of Argentina’s population of 45 million has been vaccinated three times against COVID-19, but only 3 million people in the country have had a fourth inoculation.

Vizzotti said the region and the world need to redouble efforts to increase access to vaccination in every country.

“It is unacceptable that more than a year and a half after the emergency authorization for the first vaccine against COVID-19, and with countries having significant overstocks, some nations that have still not accessed these supplies have low vaccination percentages,” she said.

Despite such problems, after two years of lockdowns and other restrictions, people are eager to resume normal lives, including regular gatherings and celebrations held in Latin American countries before the pandemic emerged. People are also traveling again for work and leisure.

According to Simple Flying, an aviation industry news portal, LATAM, one of the main airlines serving the Brazilian market, is adding 3,000 new flights in time for the mid-year holidays.

Reis, from the China Trade Center Group, said: “Things have improved a lot in Brazil, where life has almost returned to normal. Soccer matches, business activities, trade fairs and other events are back.”

Similar optimism is being voiced throughout Latin America. Although the region is battling inflation that is generally worse than in most places worldwide, and countries are striving to rebuild their economies after two years, people are taking a more relaxed attitude toward COVID-19, particularly as the memory of lockdowns begins to fade.

Sebastian Ugarte, director of the Critical Care Medicine Program at Andres Bello University in Santiago, said: “It is unlikely that the authorities will return to a system of containment. In Chile, a mixed approach has been adopted toward the pandemic by vaccinating the population and allowing certain levels of contagion.”

Chile has started to relax some pandemic restrictions. The government recently announced the reopening of tourism on Rapa Nui, also known as Easter Island, located some 3,800 kilometers from the Chilean mainland. The island is due to reopen for tourism on Aug 1, even though there is skepticism among local residents.

Valeria Rojas, owner and cook at Mamma Nui, a restaurant on the island, said: “I don’t believe it. This is the fourth time they have announced the reopening of the island.”

The local airport is in poor condition and conflicts have arisen over ownership of the land on which the facility stands, which has been claimed by a family that moved into the airport during lockdowns.

Even though such issues have surfaced, humanitarian flights have been arranged between the island and the mainland during the past two years. COVID-19 has been reported locally, but the disease has not spread widely among the island’s population of about 8,000.

Rojas, who is disappointed by the lack of follow-up efforts after earlier promises to reopen the island, said: “Of course, we need tourism. The island lives off tourism, with about 90 percent of our economy relying on it.”

Maria Begona Yarza, Chile’s minister of health, said at the 75th World Health Assembly in Geneva, Switzerland, last month that faced with a cyclical increase in COVID-19 cases, achieving effective communication to generate conditions for people to make decisions that allow them to resume daily life safely is a priority for the Chilean government.

Meanwhile, in Colombia, tourism is rebounding to pre-pandemic levels, according to the country’s border protection authority. From January to the end of April, Colombia received 4 percent more foreign tourists than during the first four months of 2019, before the pandemic emerged.

International and domestic air travel in Colombia has returned to pre-pandemic levels.

Angela Maria Orozco, Colombia’s minister of transportation, said during a news conference on May 26 to mark the launch of 10 new regional air routes, “We have made significant efforts to reactivate the country’s air operations after the impact of the COVID-19 pandemic.”