HONG KONG - The future development of China's Hong Kong Special Administrative Region will be inextricably linked to the development of the country, and the building of the Guangdong-Hong Kong-Macao Greater Bay Area is the best entry point for Hong Kong to actively integrate itself into the country's overall development, said an official from the HKSAR government in charge of GBA affairs.

The HKSAR government will continue to leverage the advantages of the "one country, two systems," Hong Kong's competitive business environment and the world-class professional services to actively integrate into the overall development of the country, said Tommy Yuen, Commissioner for the Development of the Guangdong-Hong Kong-Macao Greater Bay Area, in a recent exclusive interview with Xinhua. 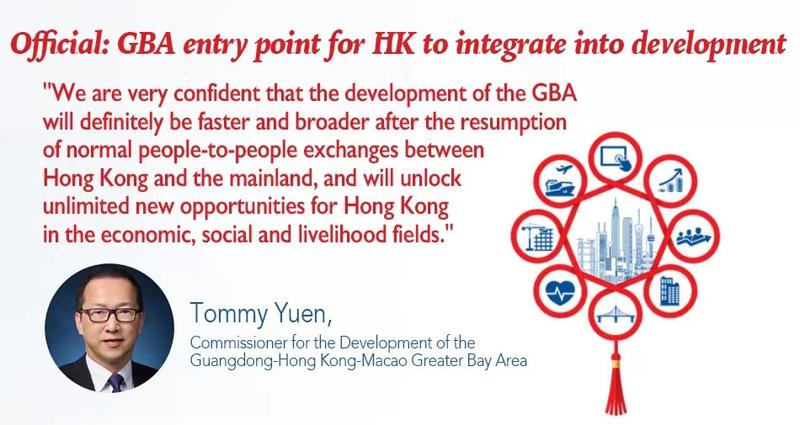 In recent years, Hong Kong has also focused on the areas of building the GBA such as innovation, talent exchange, youth employment, education and healthcare

In the past two years, people-to-people exchanges between Hong Kong and the mainland have been affected by the COVID-19 pandemic, causing difficulties in the development of the GBA, Yuen said.

However, the HKSAR government has continued to seek policy innovations and breakthroughs in various areas of GBA development, and has made a lot of progress, he noted.

He highlighted the progress in the financial sector. The Cross-boundary Wealth Management Connect Scheme, officially launched in September 2021, allows residents of Hong Kong, Macao and nine cities in Guangdong province to invest directly across the boundary in designated wealth management products, with cross-boundary remittances amounting to more than 670 million yuan (about $100 million) by the end of February 2022.

In recent years, Hong Kong has also focused on the areas of building the GBA such as innovation, talent exchange, youth employment, education and healthcare. 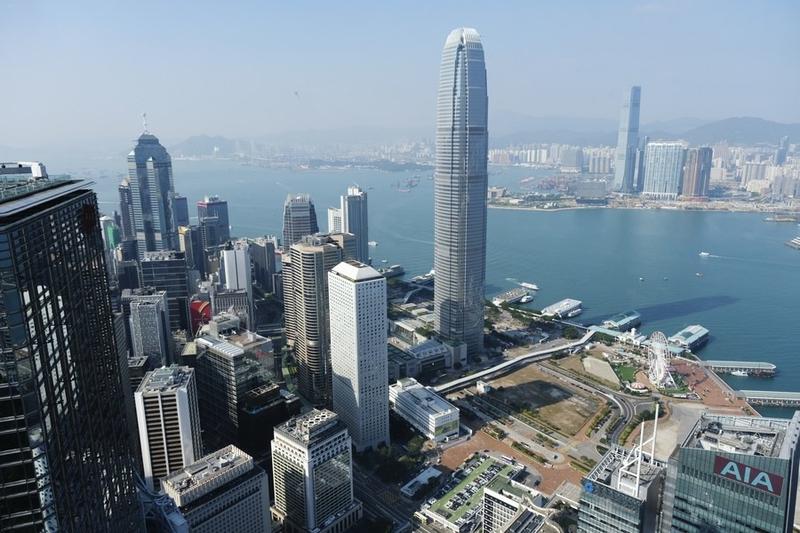 In innovation and technology development, the governments of the HKSAR and neighboring Shenzhen city are moving at full tilt to the development of a sci-tech innovation cooperation zone, he said.

Yuen said that the HKSAR government is fully cooperating in the implementation of a plan for the promotion of higher education cooperation and development in the GBA, facilitating the introduction of Hong Kong's first-class educational resources to other cities in the GBA.

Favorable policies have been rolled out to facilitate the flow of talent and research resources as well as the opening of businesses, said Yuen.

"The HKSAR government has continued to optimize various youth programs to support Hong Kong youth to work in cities in the GBA," Yuen said.

A GBA youth employment program launched in 2021 keeps encouraging and subsidizing enterprises with operations in both Hong Kong and the mainland to hire Hong Kong university graduates to work in cities in the GBA, and nearly 1,100 graduates have already been employed under this scheme, he said.

He also said the HKSAR government will continue to actively promote the development of the GBA, and introduce more policies and measures to facilitate the interconnection of personnel, goods, capital and information through relevant cooperation mechanisms.

"We are very confident that the development of the GBA will definitely be faster and broader after the resumption of normal people-to-people exchanges between Hong Kong and the mainland, and will unlock unlimited new opportunities for Hong Kong in the economic, social and livelihood fields," he added.