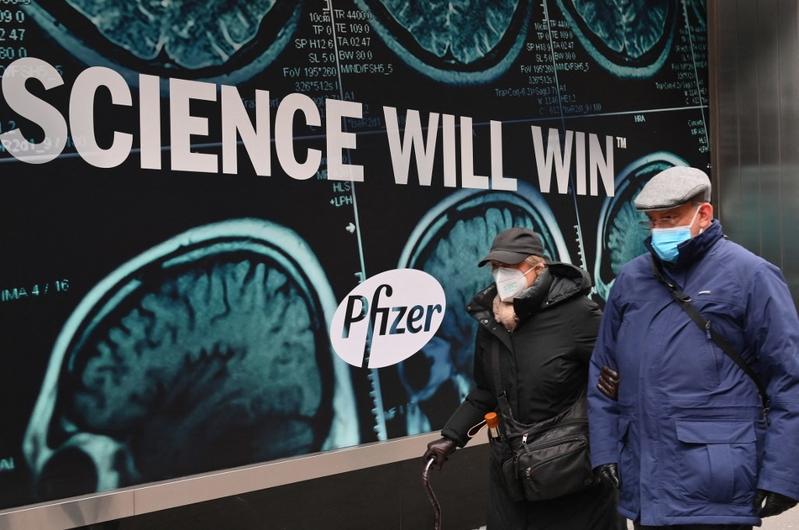 LOS ANGELES / ZURICH / - A new US research on long COVID suggests it can happen even after breakthrough infections in vaccinated people, and older adults face higher risks for the long-term effects.

About one-third who had breakthrough infections showed signs of long COVID, according to the study of veterans published Wednesday in Nature Medicine.

Of the 13 million veterans, almost 3 million had been vaccinated last year through October. About 1 percent, or nearly 34,000 people, developed breakthrough infections.

Another study from the US Centers for Disease Control and Prevention found that about one in five adults aged 18 and older in the United States has a health condition that might be related to their previous COVID-19 illness, compared with one in five younger adults.

Long COVID refers to persistent symptoms or organ dysfunction after acute COVID-19, including cardiovascular, pulmonary, hematologic, renal, endocrine, gastrointestinal, musculoskeletal, neurologic, and psychiatric signs and symptoms, according to the CDC.

Switzerland will destroy more than 620,000 expired doses of Moderna's COVID-19 vaccine, health officials said on Friday, as demand for the shots drops dramatically.

Switzerland, which has ended public health measures designed to curb the spread of the disease, secured a total 34 million doses of COVID-19 vaccines for 2022 for a population of around 8.7 million

"It was consciously accepted that under certain circumstances too much vaccine was procured for Switzerland's needs," a spokesperson for the Federal Office of Public Heath said, confirming a report by broadcaster RTS.

"The aim is to protect the population in Switzerland at all times with sufficient quantities of the most effective vaccines available."

Switzerland, which has ended public health measures designed to curb the spread of the disease, secured a total 34 million doses of COVID-19 vaccines for 2022 for a population of around 8.7 million.

It said in February it would donate up to 15 million surplus doses to poorer countries by mid-year. How many doses can actually be donated is still under discussion.

Switzerland said in March it had secured at least 14 million doses of COVID-19 vaccines for 2023 from Pfizer/BioNTech and Moderna, with options to double the order.

It will also buy up to one million doses from another manufacturer.

Just over 70 percent of the population has had at least one shot in Switzerland and tiny neighbor Liechtenstein. Authorities have reported nearly 3.7 million COVID infections and 13,325 deaths.

The World Health Organization said on Friday it had received 650 reports of probable cases of acute hepatitis in children, but added that the causes remain unknown and are under investigation.

As of May 26, 650 probable cases have been reported to WHO from 33 countries, with 99 additional cases pending classification, according to the WHO study.

Health authorities around the world are probing a mysterious increase in severe cases of hepatitis - inflammation of the liver – in young children that has resulted in at least nine deaths.

US health officials said last week that infection with adenovirus, a common childhood virus, is the leading hypothesis for recent cases of severe hepatitis of unknown origin in children.

Hepatitis linked to this type of adenovirus has almost exclusively been associated with immunocompromised children.

The US Centers for Disease Control and Prevention also said it was investigating whether COVID-19 infections might be playing a role, as well as other pathogens, medications and risk factors.