First commercial flight in years takes off from Yemen's capital 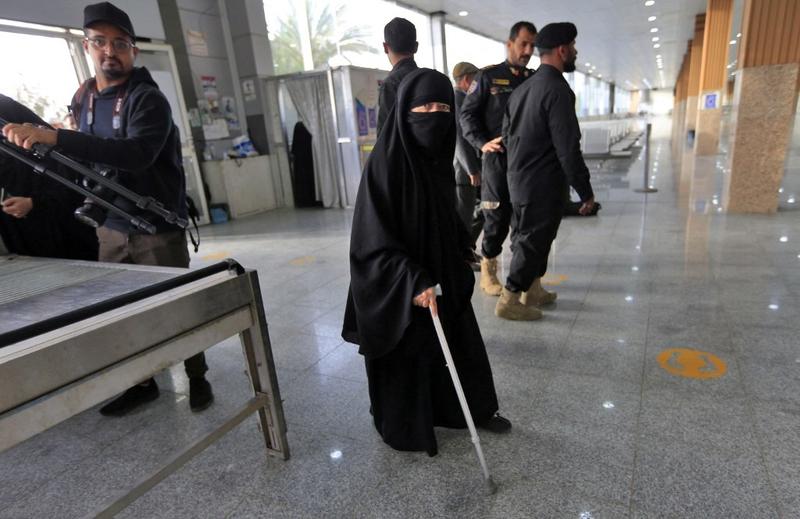 Passengers arrive to atke the first Yemen Airways flight from Sanaa airport in the Yemeni capital on May 16, 2022. (MOHAMMED HUWAIS / AFP)

SANAA - The first commercial flight in six years took off on Monday from Sanaa, Yemen's capital under the control of the Houthi rebels, as an essential part of the ongoing truce between the Yemeni warring sides.

A Yemen Airways flight, carrying 151 passengers, took off from the Sanaa International Airport bound for Jordan's capital Amman, airport officials said, adding another flight is scheduled to arrive in Sanaa from Amman later in the day.

A Yemen Airways flight, carrying 151 passengers, took off from the Sanaa International Airport bound for Jordan's capital Amman, airport officials said, adding another flight is scheduled to arrive in Sanaa from Amman later in the day

Earlier, the Yemeni national carrier's plane had arrived in Sanaa from the southern port city of Aden to pick up the passengers. Water cannons sprayed Sanaa airport's runway when it landed, giving the plane a ceremonial "water salute."

Many of the passengers are patients who seek urgent medical treatment in Jordan as the crumbling health system in Sanaa is unable to treat them, according to the airport officials.

The flight to Jordan was originally scheduled in April but later postponed because of passport issues.

The internationally-recognized Yemeni government allowed passengers with Houthi-issued travel documents to board the flight on Monday, according to pro-government media reports.

The airport officials said several other flights from and to Sanaa have also been scheduled for the next two weeks.

In a written statement, UN Special Envoy for Yemen Hans Grundberg welcomes the successful operation of the flight, expressing his gratitude for Jordan's support.

"I would like to congratulate all Yemenis on this important and long-awaited step. I hope this gives some relief to the Yemenis who need to seek medical treatment abroad, pursue education and business opportunities, or reunite with loved ones," Grundberg said.

The UN-brokered two-month truce between the government and the Houthi rebels went into effect on April 2. It includes allowing two commercial flights a week to and from the Houthi-held Sanaa airport, the entry of 18 fuel ships into the Houthi-held port of Hodeidah, and lifting the siege of the government-held Taiz city.

The warring sides have largely held the truce, but they have yet to reach a final agreement on lifting the siege of Taiz city.

The truce marks the first breakthrough in years to end the war that has killed tens of thousands of people and pushed the country to the brink of starvation.

Yemen has been mired in a civil war since late 2014 when the Iran-backed Houthi militia seized control of several northern provinces and forced the Saudi-backed government out of Sanaa.