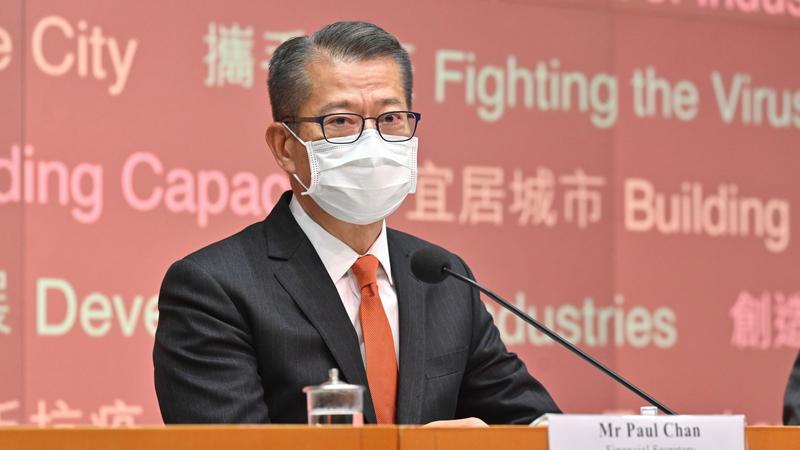 The unemployment figure for February through April, which will be released this week, will further deteriorate, reflecting the situation in the city’s labor market when the number of COVID-19 cases peaked, the finance chief said in a blog post on Sunday.

The city’s economy contracted 4 percent in the first quarter of this year, reversing the growth trend in the previous consecutive four quarters, as the performance of exports, private consumption and fixed investments all faltered. Slower global demand, a decrease in cross-border trade, as well as a new wave of the pandemic contributed to the recession in the first quarter.

The government downgraded its real economic growth forecast for 2022 to 1 to 2 percent from the previous forecast of 2 to 3.5 percent.

“Besides the pandemic, the continued tensions in the Sino-US relationship, the tensions of global geopolitics, soaring inflation in overseas countries, and the trend of interest rate hikes all clouded the prospect of the global and Hong Kong economies,” Chan cautioned in the blog.

The finance chief said he expects the two rounds of electronic consumption voucher disbursements could boost the economy by 1.2 percentage points. The new round of Employment Support Scheme payouts also will help business confidence gradually recover.

Chan warned that rising interest rates will affect global capital flows, asset prices, economic activities, and increase the financial burdens on corporations and loan borrowers when making interest payments. Because the pace of this US rate-hike cycle will be quicker than the last one, the potential impact may be bigger, he added.

The Hong Kong Monetary Authority raised the base rate to 1.25 percent in early May, after the US Federal Reserve lifted interest rates by 50 basis points, raising the target range for the federal funds rate to 0.75 percent to 1 percent. This was the first 50 basis-point rate hike by the US central bank since 2000. 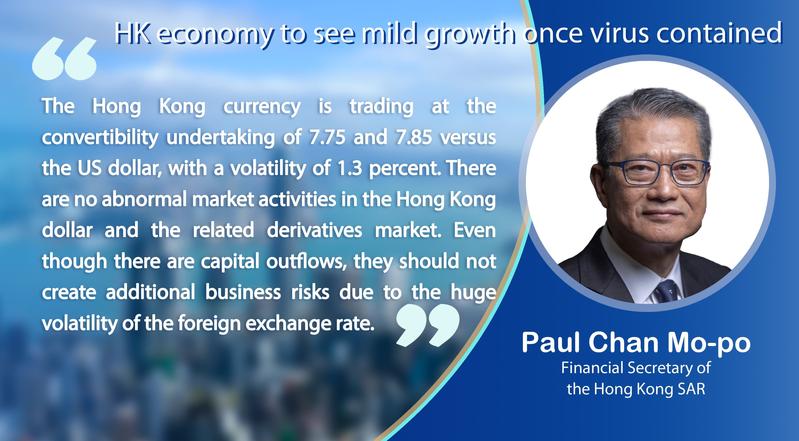 The Hong Kong Monetary Authority has bought HK$11.7 billion ($1.49 billion) from the market to stop the Hong Kong dollar from weakening and breaking the tight band of 7.75 and 7.85 Hong Kong dollars per US dollar, Chan said. “Approximately HK$1 trillion of capital inflows have been recorded into the Hong Kong financial system during 2008 to 2015. Even the US interest rate normalization between 2015 and 2018 has triggered capital outflows, the outflows are approximately equal to just 12 percent of the inflows,” Chan said.

In addition, the aggregate balance — the key gauge of cash in the banking system — still stands at HK$320 billion. With the ample foreign exchange reserves of HK$465.7 billion, the HKMA has the strong capability to defend the currency peg, Chan added.

“The Hong Kong currency is trading at the convertibility undertaking of 7.75 and 7.85 versus the US dollar, with a volatility of 1.3 percent. There are no abnormal market activities in the Hong Kong dollar and the related derivatives market. Even though there are capital outflows, they should not create additional business risks due to the huge volatility of the foreign exchange rate,” the finance chief said.