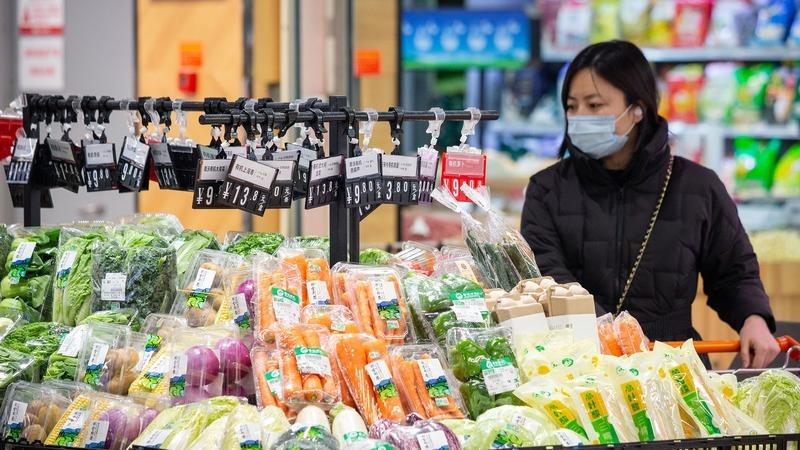 A customer buys fresh vegetables at a supermarket in Nanjing, Jiangsu province, on Feb 16, 2022. (SU YANG / FOR CHINA DAILY)

BEIJING - Despite the recent rise in China's consumer price index, the country has the favorable conditions to keep prices stable with its sufficient market supply of goods and services, Fu Linghui, spokesperson for the National Bureau of Statistics, said Monday.

During the first four months of the year, the country's CPI, a main gauge of inflation, rose 1.4 percent year-on-year, Fu added.

Noting that major economies such as the United States have reported significant CPI expansions in April, Fu said that China's market supply is generally sufficient and the CPI increase is comparatively lower.

As imported inflationary pressures are relatively high, it is a hard-won achievement to keep the price rise within a moderate range, Fu said.

Lauding the adequate supply of grain, coal and industrial consumer goods in the country, he said the consumption of services is also recovering.