China's industrial output up 4% in Jan-April 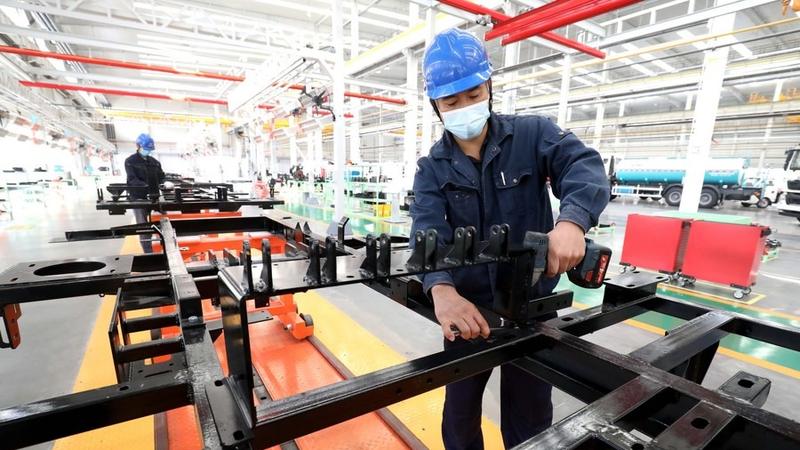 In this Oct 19, 2020 photo, workers are busy at the factory of a manufacturing company in Shijiazhuang, north China's Hebei Province. (LIANG ZIDONG / XINHUA)

BEIJING - China's value-added industrial output, an important economic indicator, went up 4 percent year-on-year in the first four months of this year, data from the National Bureau of Statistics showed Monday.

The figure was 2.5 percentage points lower than that in the January-March period, the NBS said.

In April alone, industrial output declined 2.9 percent year-on-year from the previous month, according to the NBS.

During the January-April period, mining output recorded year-on-year growth of 10.4 percent, the fastest among the three major industrial sectors.

The output of the manufacturing sector increased by 3.2 percent, while the production and supply of electricity, heat, gas and water rose by 5 percent, according to the NBS.

In terms of production, the output of new energy vehicles logged a marked increase of 112.7 percent, while that of solar batteries and mobile communication base stations jumped 27.5 percent and 25.9 percent year-on-year, respectively.

With efforts to contain the COVID-19 pandemic, enhance transportation and logistics and support enterprises to tide over difficulties, industrial production will be on the mend, Fu added.

The industrial output is used to measure the activity of designated large enterprises with an annual business turnover of at least 20 million yuan ($2.95 million). 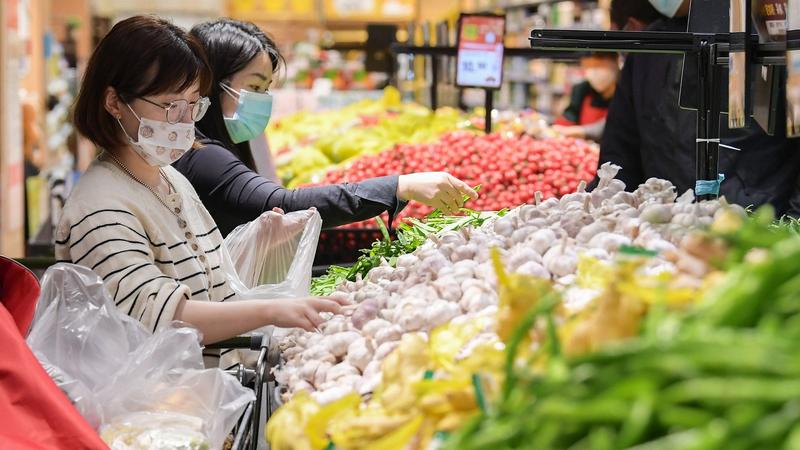 Residents shop at a supermarket in Songjiang district of Shanghai, on May 10, 2022. (PHOTO / XINHUA)

China's retail sales declined during the first four months of this year as the flare-ups of COVID-19 weighed on the country's consumer market, NBS data showed.

Retail sales of consumer goods, a significant indicator of China's consumption strength, went down 0.2 percent year-on-year to 13.81 trillion yuan ($2 trillion) in the January-April period, according to the data.

In April alone, retail sales declined 11.1 percent from a year ago to 2.95 trillion yuan.

"The decline of retail sales in April was mainly due to the short-term impact of COVID-19," said NBS' Fu at a press conference.

Last month, sales of non-daily necessities and the catering sector took a blow from the COVID-19 resurgence, dragging down the growth of China's overall retail sales, Fu said.

Despite the drop in retail sales, residents' basic living needs were guaranteed, leading to the sales growth of relevant commodities.

Fu expected China's consumption to gradually recover from the COVID-19 impact and continue to stabilize the economy, adding that consumption served as the primary force driving China's economic growth in 2021 and the first quarter of this year.

"The pent-up consumption will be gradually released with the epidemic brought under control and production and people's lives returning to normal," Fu noted.

The recovery momentum of China's consumption will continue partly due to the easing epidemic situation, pro-consumption policies, and measures on supporting enterprises, he said.

ALSO READ: China strives to bring economy back on track amid COVID-19 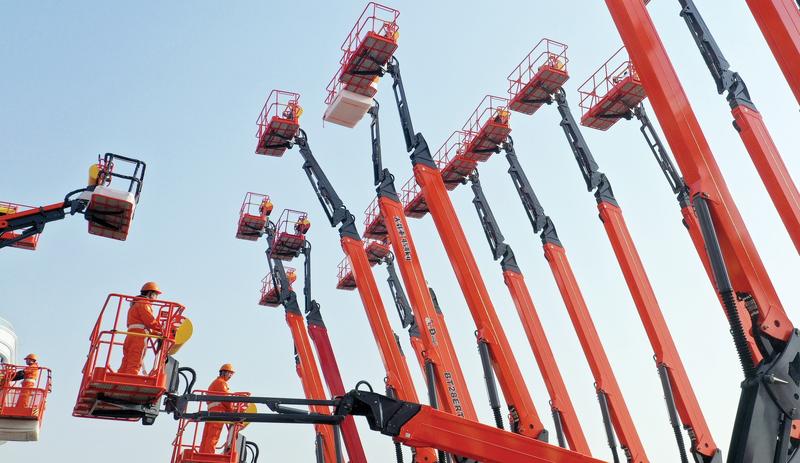 The retail sales of consumer goods went down 0.2 percent year-on-year in the first four months of this year, the NBS said

Fixed-asset investment jumped 6.8 percent from a year earlier to 15.35 trillion yuan ($2.26 trillion) in the first four months, the NBS said.

The growth slowed from a 9.3-percent increase registered in the first quarter. In April, fixed-asset investment edged down 0.82 percent from a month earlier.

From January to April, fixed-asset investment from the private sector increased 5.3 percent from a year earlier to 8.69 trillion yuan.

Despite the resurgence of COVID-19 infections, China's investment in infrastructure construction rose 6.5 percent year-on-year in the first four months of this year.

Investment into the high-tech manufacturing and high-tech services sectors saw notable growth, jumping 25.9 percent and 13.2 percent year-on-year in the period.

The healthcare and education sectors also saw investment rise 24.9 percent and 12.5 percent during the period.

Investment has traditionally been a key engine for growth. In the face of COVID-19 flare-ups and increasing downward pressure on the economy, China has underlined the role of effective investment to bolster growth. 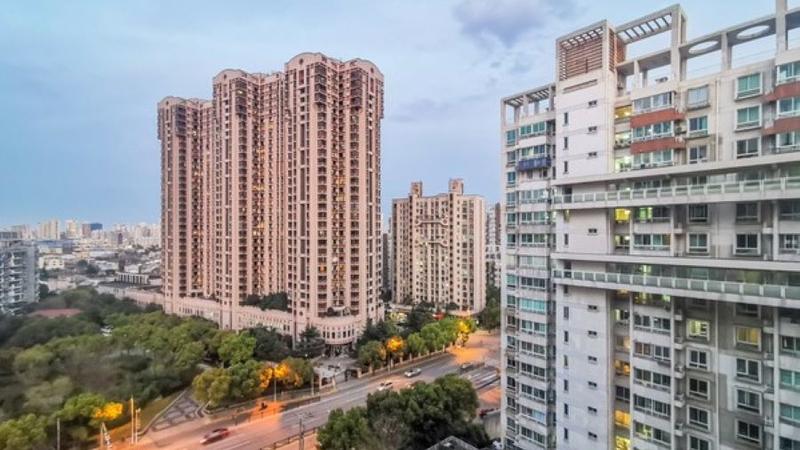 From January to April, fixed-asset investment from the private sector increased 5.3 percent from a year earlier to 8.69 trillion yuan

The total property investment in the period stood at 3.92 trillion yuan ($578 billion), the NBS said.

Investment in residential buildings came in at 2.95 trillion yuan, down 2.1 percent year-on-year.

In terms of value, commercial housing sales fell 29.5 percent to 3.78 trillion yuan during the four-month period.

The property development climate index compiled by the NBS came in at 95.89 points in April.

China's financial authorities on Sunday said the lower limit for interest rates on first-home purchase loans will be cut.

The move aims to reinforce the principle that "housing is for living in, not for speculation," support better real estate policies based on local conditions, and promote the healthy development of the country's property market, according to the central bank.